The interdiction was the result of multi-agency efforts in support of U.S. Southern Command’s enhanced counter-narcotics operations in the Western Hemisphere, the Organized Crime Drug Enforcement Task Force (OCDETF) program and the Caribbean Corridor Strike Force (CCSF). The United States Attorney’s Office for the District of Puerto Rico is leading the prosecution for this case.

The estimated wholesale value of the seized drug shipment is more than $12 million.

“The positive outcome in this case is a reflection of the professionalism and unwavering resolve of the Richard Dixon crew and of our fellow Coastguardsmen and federal law enforcement partners involved in this case,” Lt. Matthew Monahan, U.S. Coast Guard Cutter Richard Dixon (WPC-1113) commanding officer, said.  “Our collective efforts resulted in preventing 430 kilograms of cocaine from reaching the streets and the apprehension of two smugglers who will now have their day in court.”

The interdiction occurred Sunday afternoon following the detection of a suspicious 30-foot go-fast vessel, with two people aboard, by the crew of a patrolling a U.S. maritime patrol aircraft.

The cutter Richard Dixon responded to the sighting and interdicted the go-fast with the assistance of the cutter’s small boat.  Cutter Richard Dixon’s boarding team located 21 bales of suspected contraband aboard the go-fast that the smugglers attempted to conceal with a blue tarp.  The boarding team placed the two men in custody and embarked them aboard the cutter along with the seized contraband.

On April 1, U.S. Southern Command began enhanced counter-narcotics operations in the Western Hemisphere to disrupt the flow of drugs in support of Presidential National Security Objectives. Numerous U.S. agencies from the Departments of Defense, Justice and Homeland Security cooperated in the effort to combat transnational organized crime. The Coast Guard, Navy, Customs and Border Protection, Federal Bureau of Investigation, Drug Enforcement Administration, and Immigration and Customs Enforcement, along with allied and international partner agencies, play a role in counter-drug operations.

The fight against drug cartels in the Caribbean Sea requires unity of effort in all phases from detection, monitoring and interdictions, to criminal prosecutions by international partners and U.S. Attorneys Offices in districts across the nation. The law enforcement phase of counter-smuggling operations in the Caribbean Sea is conducted under the authority of the Coast Guard 7th District, headquartered in Miami, Florida. The interdictions, including the actual boardings, are led and conducted by members of the U.S. Coast Guard.

CDC Warns Americans Not To Come To U.S. Virgin Islands Due To 'High Risk' of Contracting COVID-19 Here

Governor Bryan Says He Needs Your Stimulus Check Back ... If You Got 2 Checks Instead of 1 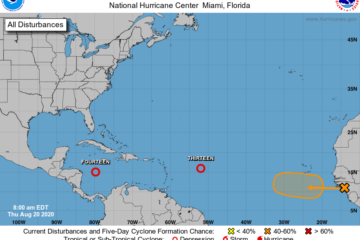 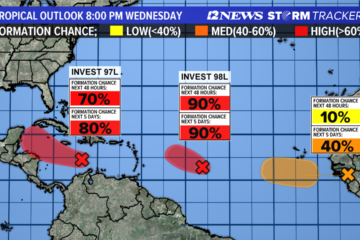 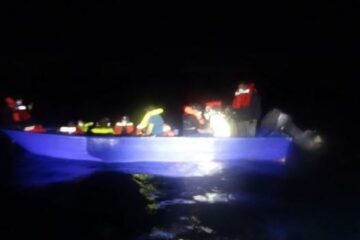 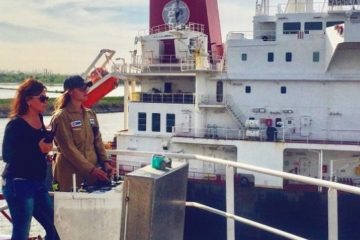