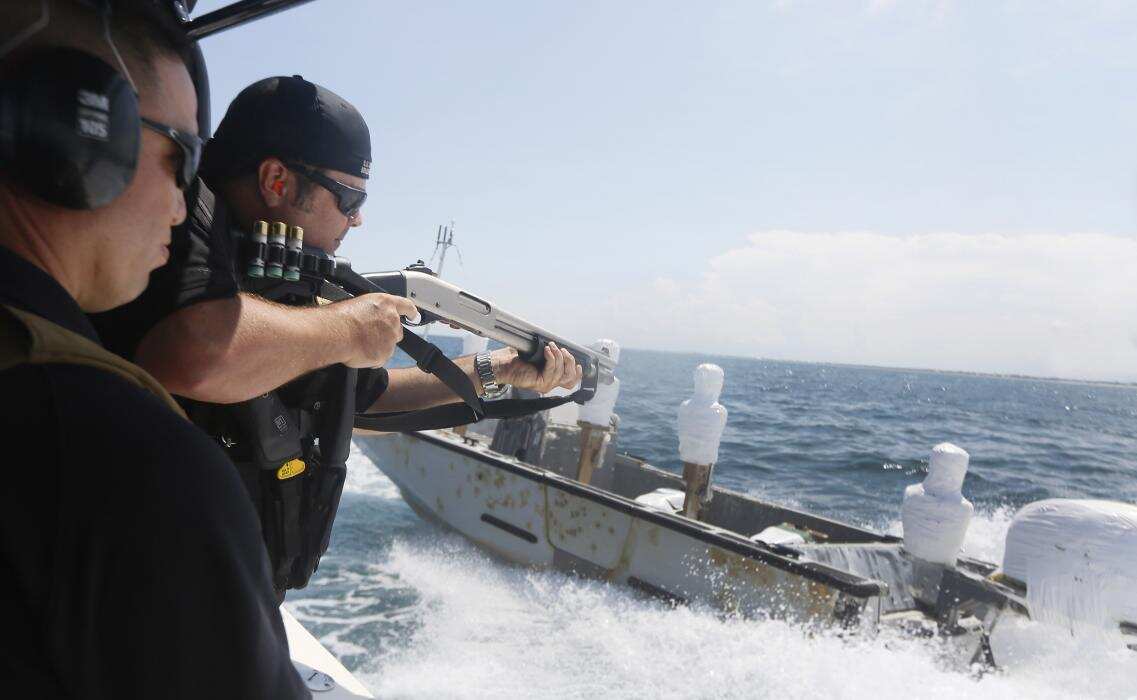 CHARLOTTE AMALIE — Three Puerto Rican men were handed sentences of at least 2.5 years in prison for having $1.1 million in cash on board their vessel near St. Thomas, authorities said.

U.S. District Court Judge Robert A. Molloy, sentenced Tirado Tapia and Fuentes Robles to 34 months incarceration each, three years of supervised release, and ordered each to forfeit $1,128,940.00 to the United States, and pay a $100 special assessment.

Rivera Medina was sentenced to 30 months of incarceration, three years of supervised release and ordered to pay a special monetary assessment of $100.

According to court documents filed in this case, on September 17, 2019, at approximately 1:26 a.m., the defendants, Ashen Tirado-Tapia, Jahniel Fuertes Robles, and Abdiel Rivera Medina, were onboard a 25’ center console vessel travelling with no navigation lights near the western portion of St. Thomas.

A U.S. Customs Border and Patrol Air and Marine (AMO) coastal interceptor vessel (CIV) from St. Thomas responded in an attempt to contact the vessel.

When AMO activated blue lights and sirens to initiate a stop, the boat and its occupants increased their speed, forcing the agents to fire several warning shots, and eventually disabling rounds, into the motor.

After AMO stopped the vessel, agents boarded and detained all three men.

AMO agents returned to where they had seen the defendants throwing something overboard and recovered a GPS unit and the black duffel bag in the water.

The duffel bag contained one million one hundred and twenty eight thousand nine hundred and forty dollars ($1,128,940.00) in U.S. currency.

This case was investigated by the U.S. Department of Homeland Security Investigations (HSI) and by U.S. Customs Border and Patrol Air and Marine(CBP-AMO).

It was prosecuted by Assistant United States Attorney Juan Albino.