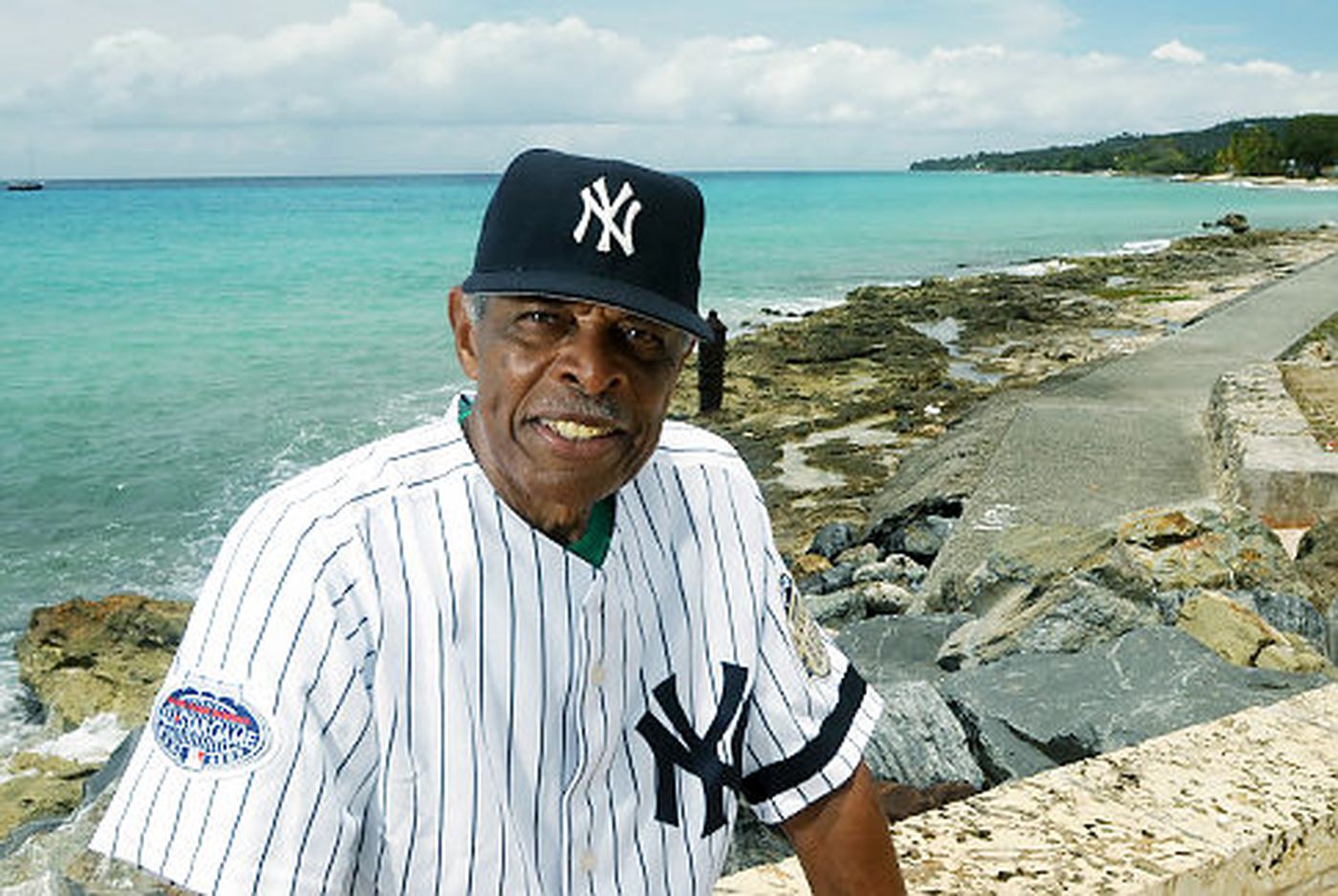 Although never viewed as a star player, Clarke became the fifth of 16 Virgin Islanders to play Major League Baseball.

The career .256 hitter never hit more than six homers or drove in even 50 runs, but he played a solid second base and could run. His best season was 1969 when he batted a career-best .285 with four homers and 48 RBI.

Horace was born to Dennis and Vivian Woods Clarke in Frederiksted, on June 2, 1939. During his career, his published year of birth was 1940, but the 1940 census shows him in Frederiksted with his age listed as one.

“Harry” — as he remained known at home — was the youngest of six children. There was one brother named Verne and four sisters named Dina, Holly, Annette, and Letty.

Dennis Clarke was a cricketer. He saw a curve ball for the first time from a Navy sailor but decided he “was too old to learn a new game.” He also played the violin, and his son inherited the musical inclinations. “I don’t know whether baseball gained or music lost,” Horace said in 1969.

At the time, there were no Little Leagues on St. Croix, so the boy’s introduction to the game came via softball. At age 13 or so, he remembered seeing Navy ship’s teams playing hardball against the locals at Frederiksted’s Paul E. Joseph Stadium.

“As kids we formed teams and played wherever we could, usually on Saturdays. If the older players were using the ballpark, we were relegated to a small area by the ocean.”

Clarke led the American League in singles twice (1967, 1969, led the league in double plays turned by a second baseman twice (1969, 197) and led AL second baseman in fielding percentage once (1967). He played his entire career for the Yankees until his final season when he played 42 games with the San Diego Padres after being sold in late May for $25,000.

Clarke also made some history. He’s the only big leaguer whose first two career homers were grand slams and he’s one of two players to break up three no-hitters in the ninth inning, although former Twins catcher Joe Mauer. Clarke did it in a span of 29 days in 1970 when he did it to Kansas City Royals left-hander Jim Rooker on June 4, Boston Red Sox right-hander Sonny Siebert on June 19 and Detroit Tigers righty Joe Niekro on July 2.

A natural right-handed hitter, he taught himself how to switch-hit around the age of 13 while playing softball games very close to the Caribbean Sea in Frederiksted.

“As kids we formed teams and played wherever we could, usually on Saturdays,” Clarke once said. “If the older players were using the ballpark, we were relegated to a small area by the ocean. Almost all of us were right-handed. And since we were strong enough to hit the ball into the water, we switched sides at the plate, and everybody batted left-handed so we wouldn’t lose the ball.”

Clarke was signed by the Yankees at age 17, and he honed his skills as a minor leaguer playing in the Puerto Rican Winter League, where he got at-bats off the likes of Hall of Fame pitcher Bob Gibson and Denny McLain.

“I was saddened to hear of the loss of Mr. Horace Clarke, my cousin, son of Frederiksted and role model for many baseball athletes in the Virgin Islands,” Virgin Islands Delegate to Congress Stacey Plaskett said in a statement about Clarke’s passing.

“All of the Virgin Islands mourns the loss of this sports icon,” Plaskett said. “Many of us are proud to remind people of Horace Clarke’s name – as a major league athlete from the Virgin Islands. My parents, particularly my father, LeRoy Plaskett, are deeply saddened by his passing. Our condolences go out to his family and friends.”

Following his playing career, Clarke worked as a baseball instructor for the Virgin Islands Department of Sports Parks and Recreation (DSPR) and as a part-time scout for the Kansas City Royals.

Clarke is survived by his three sons and four grandchildren.