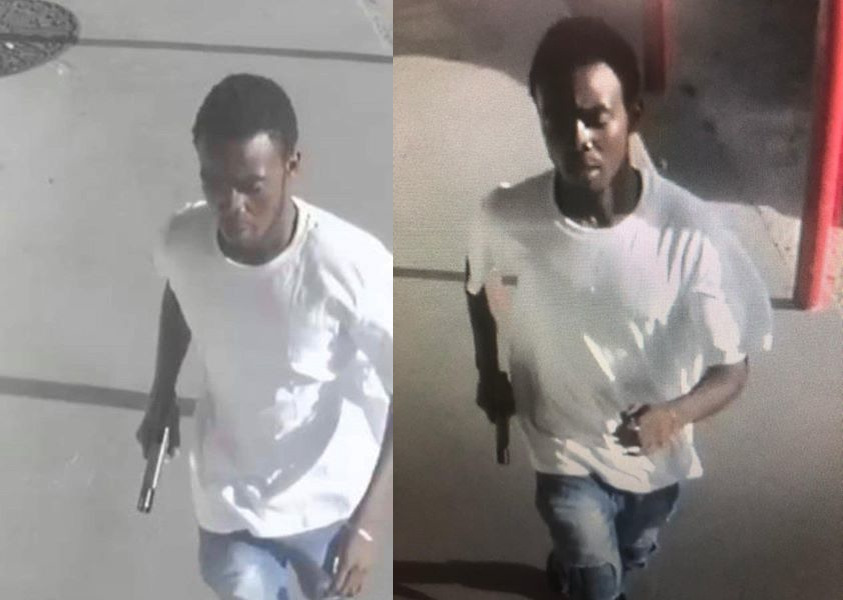 FREDERIKSTED — The Virgin Islands Police Department released two dramatic photos of a “person of interest” in the fatal shooting that took place at the corners of Market and King Streets late Sunday afternoon.

In the photos, a Black man with a slim build in a white t-shirt with blue jeans is seen running down King Street — with a gun in his hand, according to the VIPD.

“The VIPD has a person of interest in the shooting that occurred in downtown Frederiksted on August 16 that left 27-year-old Joseph Leonardo Clarke dead,” VIPD spokesman Toby Derima said tonight.