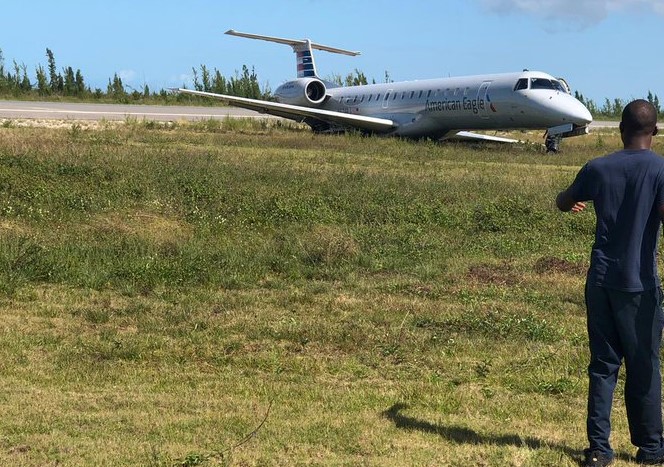 NASSAU — An American Eagle flight overran the runway at the Freeport Airport in the Grand Bahama region of The Bahamas on Saturday.

The flight operated by American Airline’s wholly-owned Envoy subsidiary, veered off the runway after landing at runway 6 in Freeport.

There were no reports of passengers injured on the aircraft.

AA flight 4194 was coming from Miami International Airport when it appeared to suffer a collapsed gear upon landing in the Bahamas.

At the time of the incident, weather conditions at the airport were optimum with no difficult conditions reported there.

The return flight and today’s roundtrip were canceled to attend to the repairs of the plane.

According to Planespotters.net, the aircraft was 16.6 years old at the time of the incident.