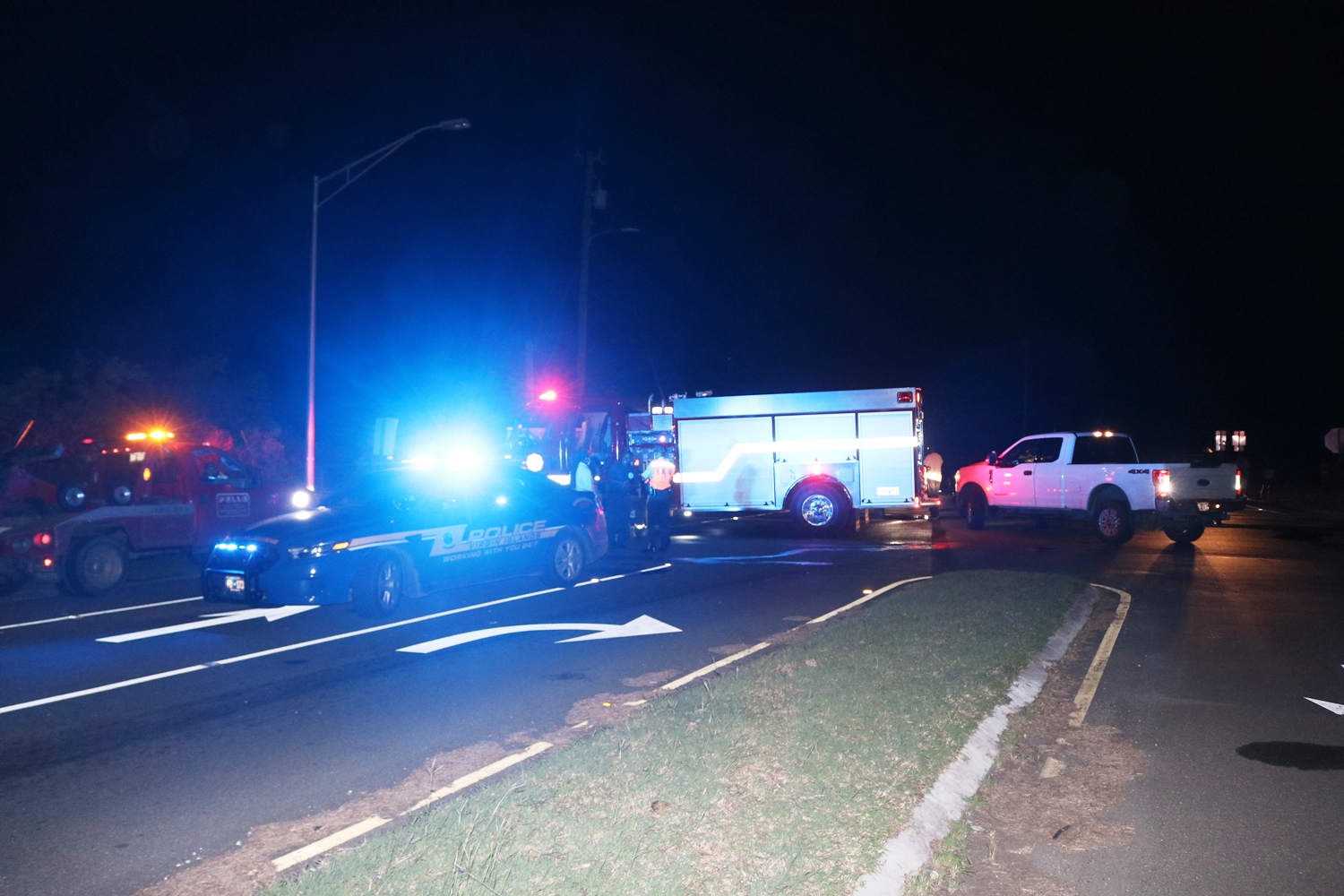 FREDERIKSTED — Police are investigating a single-car accident in which a woman driving a sedan crashed into a utility pole on the highway, knocking out power to five feeders on St. Croix last night.

The 911 Emergency Call Center dispatched officers to the western end of the Melvin Evans Highway in reference to an auto accident at 8:46 p.m. Tuesday, the Virgin Islands Police Department said.

A police investigation revealed that a white Ford Focus was traveling west on the highway when the female driver lost control of the vehicle, hitting and destroying a utility pole, the VIPD said. The accident resulted in injuries to the motorist and the vehicle caught fire as a result of the crash.

“Two men in the area heard the impact and rushed to investigate,” VIPD spokesman Toby Derima said. “The men found the driver in the vehicle and successfully removed her from the burning vehicle.”

The driver was transported via ambulance to the Juan F, Luis Hospital & Medical Center for treatment of her injuries, where she is listed in stable condition.

Firefighters from the Virgin Islands Fire Service traveled to the scene and extinguished the burning car.

Officers from the VIPD’s Traffic Investigation Bureau continued to investigate the cause of the crash.

The collision caused a power outage that affected customers on five power feeders, according to the Virgin Islands Water & Power Authority (WAPA).