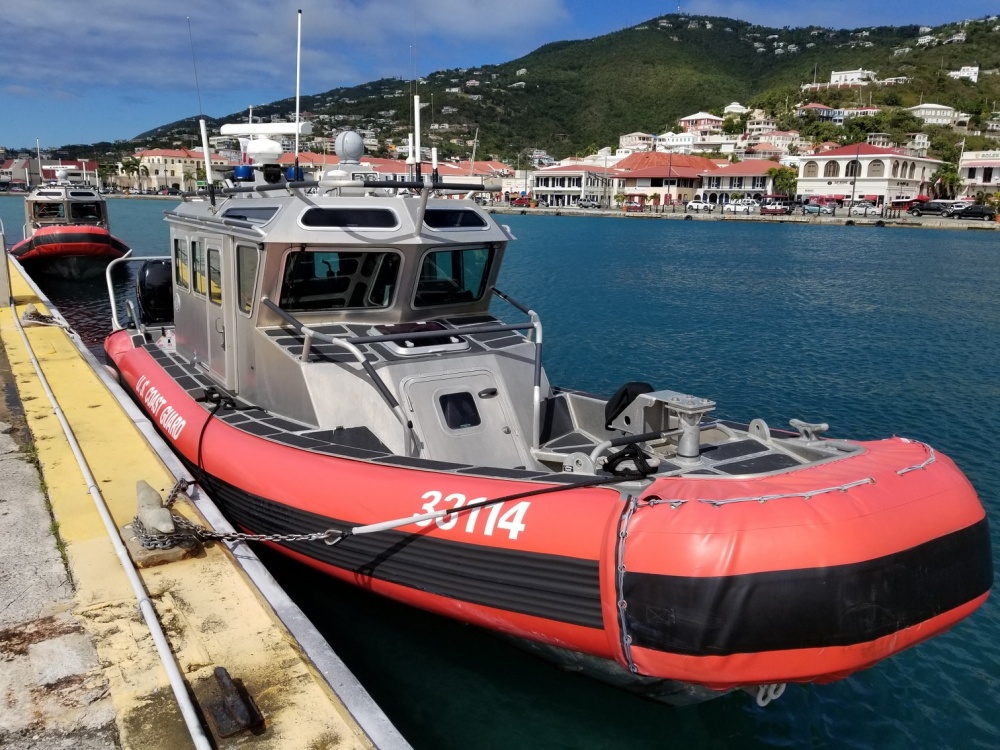 Six persons reportedly remain missing after search efforts revealed no signs of additional survivors or of the reported capsized vessel throughout the search area.

Rescued in this case were three men and a woman, who claimed Dominican Republic nationality.  Survivors reported there were 10 people aboard their vessel when it capsized Sunday, as the vessel was transiting as part of an illegal voyage from the Dominican Republic to Puerto Rico.

“Although we may never know the fate of those who reportedly remain missing, we pray for them, their families and loved ones during this most difficult time,” Capt. Gregory Magee, Coast Guard Sector San Juan commander, said. “Fortunately, four survivors were rescued in this case by Good Samaritans.  The survivors were extremely lucky, since they were not wearing lifejackets after being in the water for over 24 hours. To anyone in the Dominican Republic considering taking part in an illegal voyage, do not take to the sea, you are placing your life at risk. These voyages are known to take part aboard unseaworthy vessels, they are continuously taking on water and have little or no lifesaving equipment on board.”

Coast Guard watchstanders at Sector San Juan received a report from the ferry Kydon at 11:05 p.m. Monday reporting they had a visual of multiple persons in the water, approximately eight nautical miles west of Desecheo Island.  The Kydon was transiting from Puerto Rico to the Dominican Republic at the time of the sighting.  Shortly thereafter, watchstanders received a second report from the ferry informing the Kydon’s crew recovered two survivors from the water.

At 7:54 a.m., Tuesday, Sector San Juan watchstanders received a communication from a Good Samaritan aboard the recreational vessel Kiara reporting having recovered two additional persons from the water.  The cutter Joseph Napier rendezvoused with the Kiara and embarked the two survivors.

The survivors reportedly were not wearing life jackets when rescued and they were showing signs of dehydration and sunburn.  The survivors were transferred to Emergency Medical Services personnel in Mayaguez, Puerto Rico, and transported to a local hospital to receive further medical care.