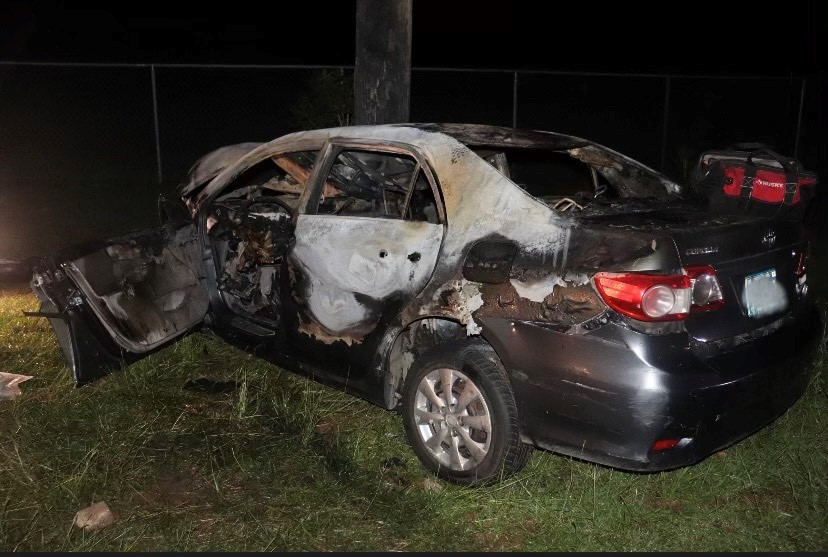 CHARLOTTE AMALIE — A driver who was trapped inside his burning vehicle after he lost control and crashed into a utility pole in St. Thomas has died from the injuries he sustained, authorities said.

Joseph Santana, 19, of Sugar Estate, was identified by next of kin as the accident victim, the Virgin Islands Police Department said.

The 911 Emergency Call Center dispatched officers to a one-car accident in Estate Nazareth at 1:27 a.m. today, according to the VIPD.

Officers arrived on the scene to a gray 2011 Toyota Corolla in flames with the driver trapped inside, after apparently colliding into a utility pole, police said.

“With assistance from the Virgin Islands Fire Service, the flames were extinguished, and officers were able to remove the driver,” VIPD spokesman Toby Derima said.

Once he was helped from the vehicle still alive, Santana was taken to the Schneider Regional Medical Center by ambulance “where he later succumbed to his injuries,” Derima said.

The accident caused an island-wide power outage, according to the Virgin Islands Water & Power Authority.

The investigation into this vehicular accident is ongoing. Anyone who may have seen what happened is urged to call 911 or the Traffic Investigation Bureau at (340) 774-2211.