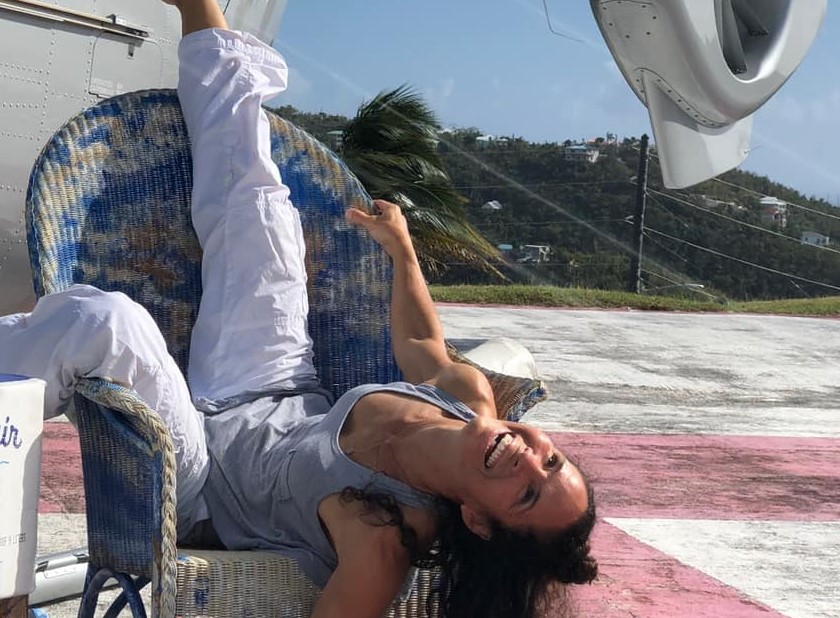 CHARLOTTE AMALIE — Authorities in St. Thomas were investigating what caused a helicopter crash that killed at least four people at Botany Bay on Monday afternoon.

The fatal crash occurred at the western end of St. Thomas in a wooded area of Botany Bay, said Erik Ackerson, emergency management spokesman. He said officials were not yet releasing the names of those killed.

The Antilles School announced it canceled classes today because it was believed that a senior student and his family were aboard the helicopter.

School spokeswoman Ananta Pancham declined to comment. The school said in a Facebook post that it would issue an official statement about “the tragedy that has impacted our School community when official details have been released and next of kin notified.”

Meanwhile, country singer Kenny Chesney identified one of the victims as pilot Maria Rodriguez in a tribute he posted on Instagram, calling her “a dear friend to me and to our island community.” He added that he had flown with her for more than 15 years.

According to Aviation International News, Rodriguez owned two helicopter companies, flew the Obamas in 2017 and was praised for her mission work following hurricanes Irma and Maria. In 2018, she was recognized as “Pilot of the Year” by Helicopter Association International.

VITEMA confirmed four fatalities resulted from the crash. A search of the crash site continued until dusk. None of the deceased were identified pending notification of next of kin.

Sources close to the investigation said four people and the pilot were aboard the rotary wing aircraft when it left Cyril E. King Airport on Monday afternoon for the short trip to the western end of St. Thomas.

First responders, were able to find the crash site and quickly extinguish a fire caused by the crash. But he said due to the dense brush and nightfall’s approach, the search would continue again in the morning.

George expressed his gratitude to all the emergency service personnel who participated at the scene and offered his condolences to the families of the ill-fated victims.