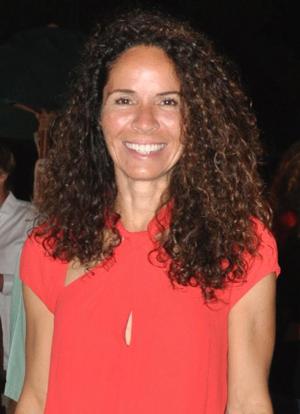 CHARLOTTE AMALIE — Maria Isabel Rodriguez (Van Heurck), grandmother, mother, sister, daughter, celebrated pilot, friend, Virgin Islander, and so much more died on Monday, the 15th of February, 2021. Maria was doing what she loved most, piloting a helicopter and spreading happiness.

Maria was born in Washington, D.C., on May 21, 1965, her parents having migrated there from Cuba and Haiti, several years earlier. In 1971, her parents moved again, this time to St. Thomas, United States Virgin Islands, where they founded the well-known Rodriguez Auto Parts, a family-run business that still serves the Virgin Islands community.

In her formative years on the island of St. Thomas, Maria attended Joseph Sibilly Elementary School and All Saints Cathedral School. After completing her secondary education, Maria left the island to attend the University of California at Santa Barbara, where she studied linguistics and Japanese. Near the end of her studies, she met her husband, Nicolas Van Heurck, a handsome young helicopter instructor from Belgium. In typical Maria fashion, she followed her heart and started taking flying lessons from Nicolas, thereby discovering her lifelong passions: flying and her husband.

In 1987, Maria moved back to St. Thomas, when an opportunity arose for Nicolas to fly with Air There Helicopters. Shortly thereafter she became an outstanding mother when her daughter, Charlotte, was born. Her son, Madison, was born two years later. During this time, Maria returned to her alma mater, All Saints Cathedral School, as a teacher.

Maria first started flying commercially with Air Center Helicopters on St. Thomas. There she gained the unique experience of flying for the U.S. Navy, retrieving drones from the ocean. She also became an avid sky diver, completing more than 1,000 jumps from both airplanes and helicopters.

Maria clearly inherited the entrepreneurial spirit of her parents and made the decision to start her own business, Caribbean Buzz, in 2011. The company is known for its bright yellow aircraft and smiley faces, smiley faces almost as bright and beautiful as the one Maria always wore.

Through Caribbean Buzz Helicopters, Maria spread her brand of happiness throughout the U.S. Virgin Islands, the British Virgin Islands, and other neighboring islands. She became the go-to-girl for the rich and famous, but at the same time never forgot her roots: offering Easter egg drops, helping Santa Claus with his deliveries, emergency evacuations, search and rescues, and services for the disadvantaged.

Maria was an instrumental lifeline between the islands after hurricanes Irma and Maria. Without hesitation, she provided non-stop evacuation services and supply drops to those who needed it the most. This selfless dedication to her community earned her the Helicopter Association International 2018 pilot of the year award. Maria’s love for flight was infused into her family; Nicolas, Charlotte, and Madison all worked alongside each other to share these beautiful islands from the sky.

Maria excelled in both her professional and personal worlds — approaching all things with fierce love and passion, whether that was with her family, her community, or her flying. And she did it all with grace, ease, and the trademark Caribbean Buzz smile on her face.

A Celebration of Life will be held at Brewers Beach, St. Thomas, on Feb. 26 at 4:30 p.m. Let’s celebrate with white and colorful apparel. Please be mindful of COVID protocols and social distancing.

In lieu of flowers, donations will be accepted by the Community Foundation of the Virgin Islands for the establishment of the Maria Rodriguez Foundation serving the youth of the U.S. and British Virgin Islands.