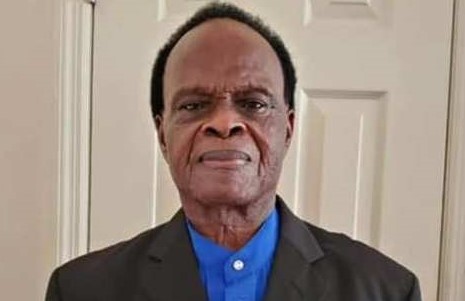 FREDERIKSTED — The VIPD St. Croix District announced today that it is offering a $3.200 reward for information leading to the whereabouts of an octogenarian St. Lucian native.

Michael “Dodor” Emmanuel, 80, a resident of Mars Hill in Frederiksted, was first reported missing on February 19.

Emmanuel is a Black male, who stands about 5 feet, 5 inches in height, and weighs about 150 pounds. He has black hair and brown eyes, with a dark brown complexion.

“Emmanuel was last seen on February 19 at around 6:45 a.m. at his residence in Canebrake Apartments, wearing a brown striped pajama pants, white vest, and no shoes,” VIPD spokesman Toby Derima said.

“We have unconfirmed reports that Emmanuel may have been seen getting into a vehicle near Canebrake Apartments on the day he was reported missing.  We also have a reported sighting in the Strawberry area, wearing a blue shirt and brown pajama pants,” Derima said.

“I wonder what part of Estate Strawberry?” Edwin Thomas said on Facebook. “More information is better than less!”

“A $3,200 reward for information leading to his whereabouts has been offered,” Derima said.

“Somebody had to have seen this gentlemen,” Vivian Greaux said on Facebook. “He can’t travel very fast on his feet. His pajamas would give a clue that he is misplaced. He is probably exhausted and dehydrated, or worse, by now. I will continue to pray for his safe return.”