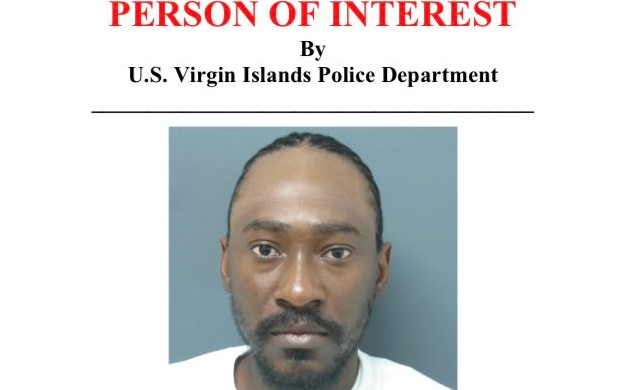 CHARLOTTE AMALIE — Police are looking for a St. Thomas man as a “person of interest” in a fatal shooting that took place in a Charlotte Amalie East housing project last night, authorities said.

Akimo Smith, 37, of Anna’s Fancy, is wanted for questioning in a homicide that took place near Oswald Harris Court on Tuesday night, the Virgin Islands Police Department said.

Smith is described as being a Black male who stands 5-feet, 11-inches tall and weighs about 178 pounds, according to the VIPD.

There are unconfirmed reports that Akeem Dore was shot and killed about 9 p.m. Tuesday in Charlotte Amalie, several sources said.

Police are holding a press conference that started at 10 a.m. today to discuss Monday morning’s slaying of 49-year-old Bill John-Baptiste in Estate Dorothea and the as-yet-officially-unreported news of Dore’s death last night in Charlotte Amalie East.

John-Baptiste, a disgraced former Virgin Islands Port Authority (VIPA) officer convicted of kidnapping, was found shot to death at the side of the road near the trash dumpsters at Dorothea-Caret Bay shortly after 4:55 a.m. Tuesday, police said in a press conference held this morning

Richard Velasquez, the St. Thomas deputy chief of police, gave the press briefing to the public that was live streamed on Facebook. He said the murder was first reported by a concerned citizen who found the body of John-Baptiste and called the 911 Emergency Call Center.

“At 7:58 p.m., 911 dispatchers received multiple calls from members of the community of shots fired in the area of 1st Stop and Oswald Harris Court, Building 1,” Velasquez said. “Upon the arrival of law enforcement, Virgin Islands police officers, they found a male lying on the ground in the area of the transformer, unresponsive.”

EMTs dispatched to the crime scene “unfortunately” were not able to detect any vital signs from Dore, he said.

Meanwhile, friends on Facebook said that Dore was well-liked in the St. Thomas community and not involved in any criminal activity. According to social media he worked as a musician.

The news that Akimo Smith was wanted in connection to the shooting death of Akeem Dore was posted to Twitter at 9:08 a.m. today.