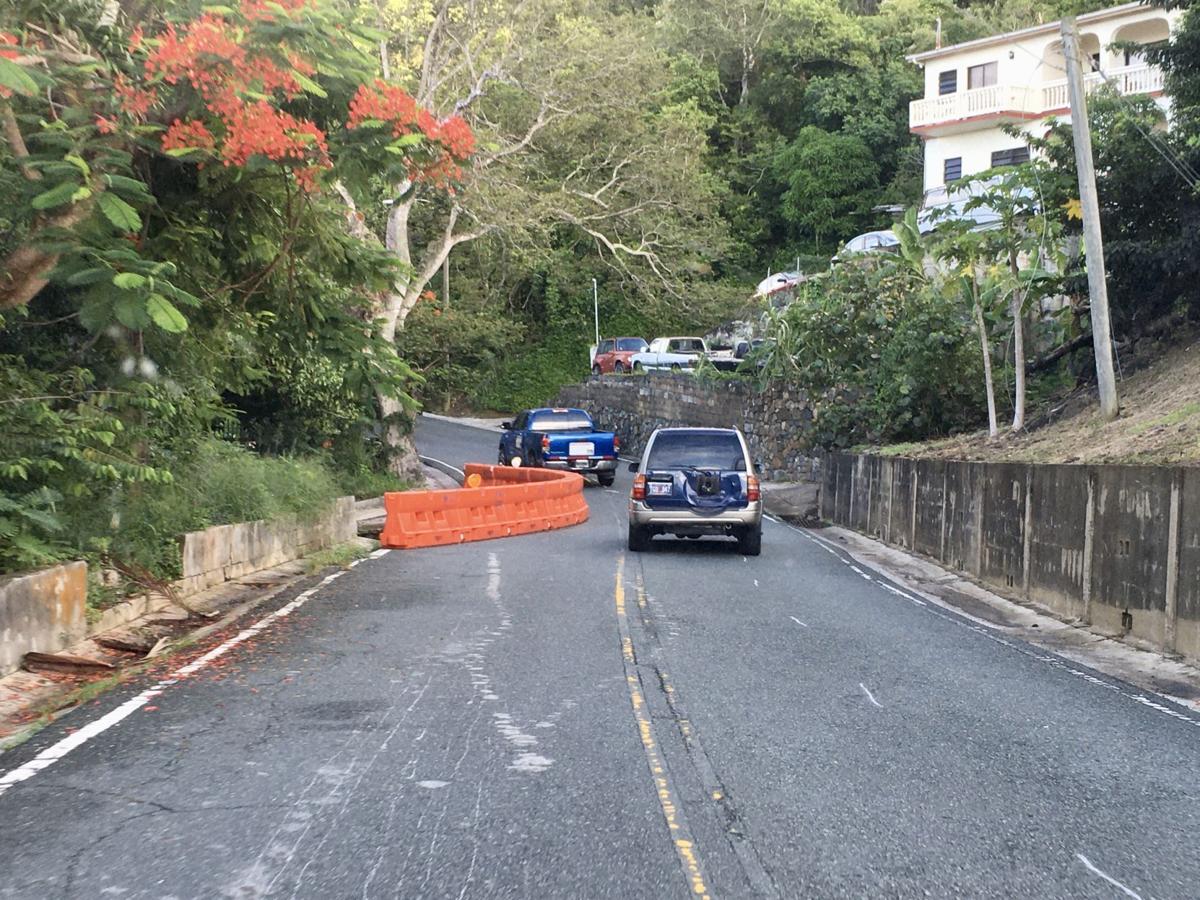 CHARLOTTE AMALIE — Road work on Crown Mountain near Shibui Condominiums — which began in October 2020 — will resume on Monday, the Department of Public Works said Friday.

Island Roads Corporation will continue construction at the site with the implementation of traffic control devices and construction signs, according to DPW.

“Work is expected to continue through July 31, between the hours of 9 a.m. and 4 p.m.” DPW spokeswoman Renee Exius said. “This project is a part of a larger Emergency Relief project, that entails completing storm damage repairs on both St. Thomas and St. John, at various locations.”

“This design build project is funded through Federal Highway Administration (FHWA) Emergency Relief funds at the cost of $19,766,442.33,” she said.

The project is managed by DPW partners, Eastern Federal Lands Highway Division, a division of the Federal Highway Administration.

“The department is thrilled to begin construction on this project, as this particular location poses serious safety concerns,” Derek Gabriel, DPW Commissioner nominee, said. “We look forward to bringing relief to the motoring public as we continue to address the damaged roadways.”

“The department is urging motorists to adhere to all safety controls and directives from onsite flaggers and traverse with extreme caution. If possible, the department recommends using alternate traffic routes during the designated work hours,” Gabriel added.

Meanwhile in other St. Thomas traffic news, the Virgin Islands Police Department said there will be partial road closures and lane closures on Raphune Hill and on the Weymouth Rhymer Highway, from 9 a.m. to 3 p.m. daily from March 29 until April 9.

“BLDM Inc, the contractor for AT&T, will be performing fiber optic cable deployment in those areas. Motorists can expect delays,” VIPD spokesman Toby Derima said. “You are asked to leave earlier to account for the traffic delays, and please exercise caution when traveling in these locations.”

The VIPD said it “apologizes for any inconvenience this may cause.”