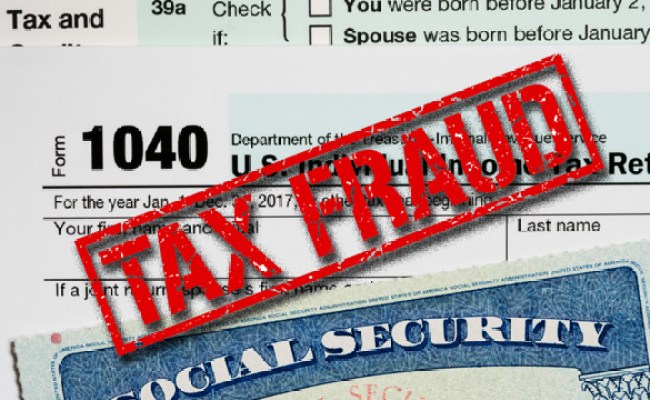 CHRISTIANSTED — A St. Croix woman who stole more than $40,000 in other people’s U.S. Virgin Islands income tax refunds has been given a sentence of less than one year in prison, authorities said.

Young was also ordered to pay restitution in the amount of $37,086 to the Internal Revenue Service, Shappert said.

According to the plea agreement filed with the court, from January 2011 to July 2012, Sheba Young and nine others participated in a scheme to steal money from the United States treasury by fraudulently obtaining federal income tax refunds.

The scheme involved the acquisition of personal identifying information of individuals (i.e. name, social security number, and date of birth) used to electronically file falsified tax returns with a designation of refunds to the acquired bank accounts or debit cards. Defendant and her co-conspirators withdrew the deposited refunds, spent them using a debit card or transferred them to other accounts, all for personal use.

As a result of the scheme, approximately $40,695 of falsely claimed returns was designated for deposit into Young’s bank account, of which approximately $37,086 was actually deposited into it.

Of ten women charged in the tax fraud scheme, eight others have entered guilty pleas, four of whom have been sentenced in federal court by District Court Chief Judge Wilma Lewis.

The other defendants were identified as Nisha Brathwaite, Darlene Thompson — both living on the U.S. mainland and who pleaded guilty on January 21 and January 24, respectively — Sylvia Benjamin, Lynell Hughes, Jacinta Gussie, Indica Greenidge, Thelma Liverpool and Nicolette Alexander.

Joanne Benjamin was the eighth defendant to enter a guilty plea. Seven others already entered guilty pleas with three of them sentenced in federal court by District Court Chief Judge Wilma Lewis. Young was the fifth woman of the group of ten to plead guilty.

The remaining two women are scheduled for trial on June 7, according to Shappert.

The prosecution of this fraud scheme is the result of years of investigative work y the Internal Revenue Service-Criminal Investigations, which identified and dismantled a massive stolen identity refund fraud scheme perpetrated in the Virgin Islands and elsewhere.