CHRISTIANSTED — The Women’s Coalition of St. Croix kicked off a fundraising campaign to coincide with its 40 years of service this month in support of all victims of crime, sexual assault, and domestic and dating violence.

Dubbed the 40/40/40 Fundraising Campaign, the group is relying on residents and team leaders to help raise over $60,000 by October.

“Each leader donates $40 and creates a team of 40 people in their circles to donate $40 each, in support of healing for victims and survivors of violence. Our campaign goal is to raise $64,000 by the end of October, Domestic Violence Awareness Month,” WCSC fundraising coordinator Lavonne Wise said.

Although it gets money from individual donors as well as from federal, local and private grants, fundraising plays a crucial role in keeping the organizing afloat. This year, due to the pandemic, the organization is ditching its usual big party and celebrating its 40th anniversary with the socially-distanced 40/40/40 campaign.

“We thought that would be a way to help us raise money and keep us alive, but not break people’s pockets or backbones either,” Clema Lewis, executive director of the Women’s Coalition said. “We’ve been out there for 40 years giving to the community, so give us a dollar for every year we’ve saved your family member’s life, a dollar for every year we helped somebody with a water bill, put somebody in the shelter, put furniture in somebody’s house, food on people’s table, set up an emergency room, help families with funerals and with getting people off island.”

The donation is worth it, according to Lewis.

“All we’re asking you to do is give a dollar a year. The women’s coalition is all about the community. As long as we’re here, we’ll always be here for our community, 24/7/365,” she said. “When you see you’ve made a difference in a woman’ life, a man’s life or a family’s life, it’s all worth it.”

HOW IT ALL STARTED

In 1981, a group of women met at a symposium on women writers at the then College of the Virgin Islands on St. Croix. They began to talk about violence against women, and agreed to meet again to find ways to help victims. The women — the late Gloria Joseph, Audre Lorde, Mary Mingus, Julia Pankey, Carol Battuello, Valerie S. Henderson, Frieda Brown, Martha Hubbard, Barbara Ann Farmer, Carolyn Keys, Georgette Norman, Angeli T. Ferdschneider, Roberta Knowles, Judi Shafer, Abby Rosenstein, Judith A. Hoberman and Jane Christiansten — would continue to meet, recruit others and organize to build the grassroots organization and founded the Women’s Coalition.

“When we first started out, we were hated. People called us names and gave us a hard time, but I’ve seen our agency grow over the years,” said Lewis, who started as an advocate in the organization 39 years ago. “At first, we were only working with rape victims, so we’ve grown to working with all crime victims — women, men and children.”

Established as the first volunteer victim advocate program and training, the WCSC continues to be a core crisis intervention organization that provides services 365 days a year.

The agency has done a lot in 40 years, Lewis said.

“It was the Women’s Coalition that started the Men’s Coalition. The Virgin Islands Domestic Violence and Sexual Assault Council came through the Woman’s Coalition and we’re the backbone of the St. Croix Child Abuse Task Force. We spread the wings all through the community to try to make a difference,” she said, adding that “looking back, we’re needed more and more now than we’ve ever been needed.”

About 30 volunteers stand ready to help those in crisis. Volunteers go through six weeks of training, followed by a one-year internship before being placed on the roster.

To date, the WCSC has helped more than 25,000 people impacted by violence in the decades since the organization’s creation.

Lewis said the organization provides crisis intervention services year-round to include counseling, advocacy, support services, individual and family counseling, clothing, food and shelter among others. If an emergency arises where the victims need to get off island, the Women’s Coalition helps make that happen. Staff also concentrate on victims of domestic violence, sexual assault, date rape, teen dating violence, stalking and harassment.

Lewis said the COVID-19 pandemic has caused an upswing in violence, often due to financial stresses of job loss and mounting bills.

“Since COVID, it’s been over the top. It’s more than we’ve seen in a while,” she said. “Domestic violence is the highest, but there’s been an unusual amount of rapes as well, and there’s also been a higher rate of child abuse cases.”

Overall, she added, “the fabric of the community has deteriorated a lot since COVID, and people are needing more services and more help than they’ve ever needed.”

According to Lewis, many families find themselves having psychological issues.

“If they had it before, it’s worse now, and if they didn’t, they have started becoming abusive now,” Lewis said. “It makes our job much harder, but that’s why we’re here 24/7, because we know emergencies don’t always happen between 8 a.m. and 5 p.m. We have to be realistic.”

The money raised during the campaign will also help the Women’s Coalition with finding housing for clients. Lewis said the agency’s shelter can accommodate four families at a time while social distancing. On average, families stay three to six months. Once a family leaves the shelter, the organization offers a transitional housing program to get them into an apartment and help them on their way to becoming independent.

She said, however, that the sharp rise in rent and shortages in public housing due to the damage from hurricanes Irma and Maria in 2017 make it difficult to find emergency housing. At times, she said, the St. Croix group has partnered with the Family Resource Center to find space on St. Thomas for families in crisis.

“We don’t leave anybody hanging. We’re not going to send anybody back to an abusive situation,” Lewis said.

For more information on services offered or the fundraising campaign visit www.wcstx.org 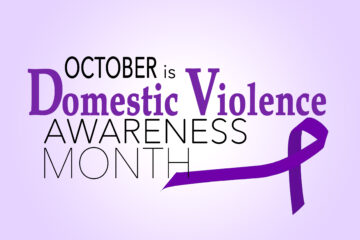 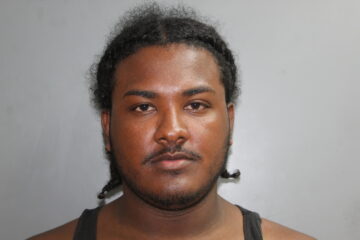 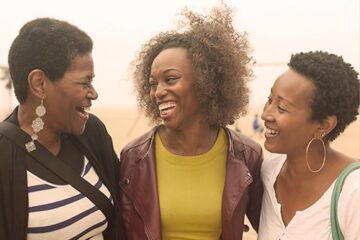 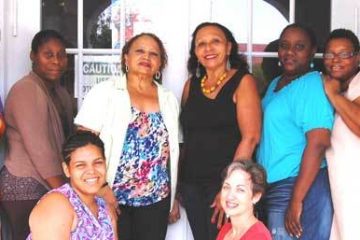