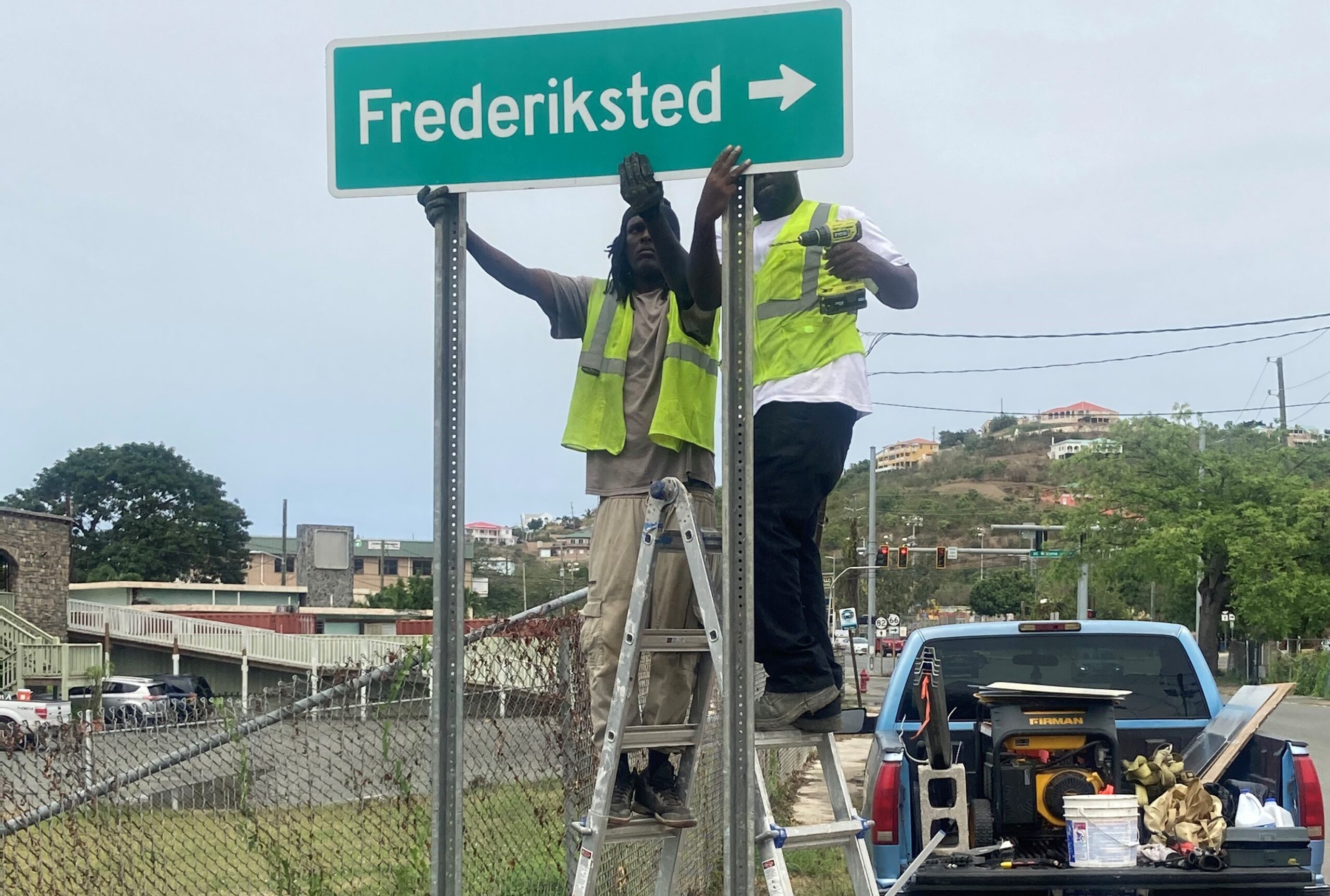 CHRISTIANSTED — After Hurricanes Irma and Maria, a number of traffic signs along roadways throughout the territory were destroyed or displaced.

Celestine Construction, LLC was awarded the contract to replace the damaged signs on St. Croix, the Department of Public Works said.

“Starting this week, the contractor will install signs along the Christiansted Bypass and other nearby areas,” DPW spokeswoman Renee Exius said. “They will then proceed to Frederiksted, near the post office, and head East along Centerline Road.”

DPW promised to continue to update the public as this project progresses.