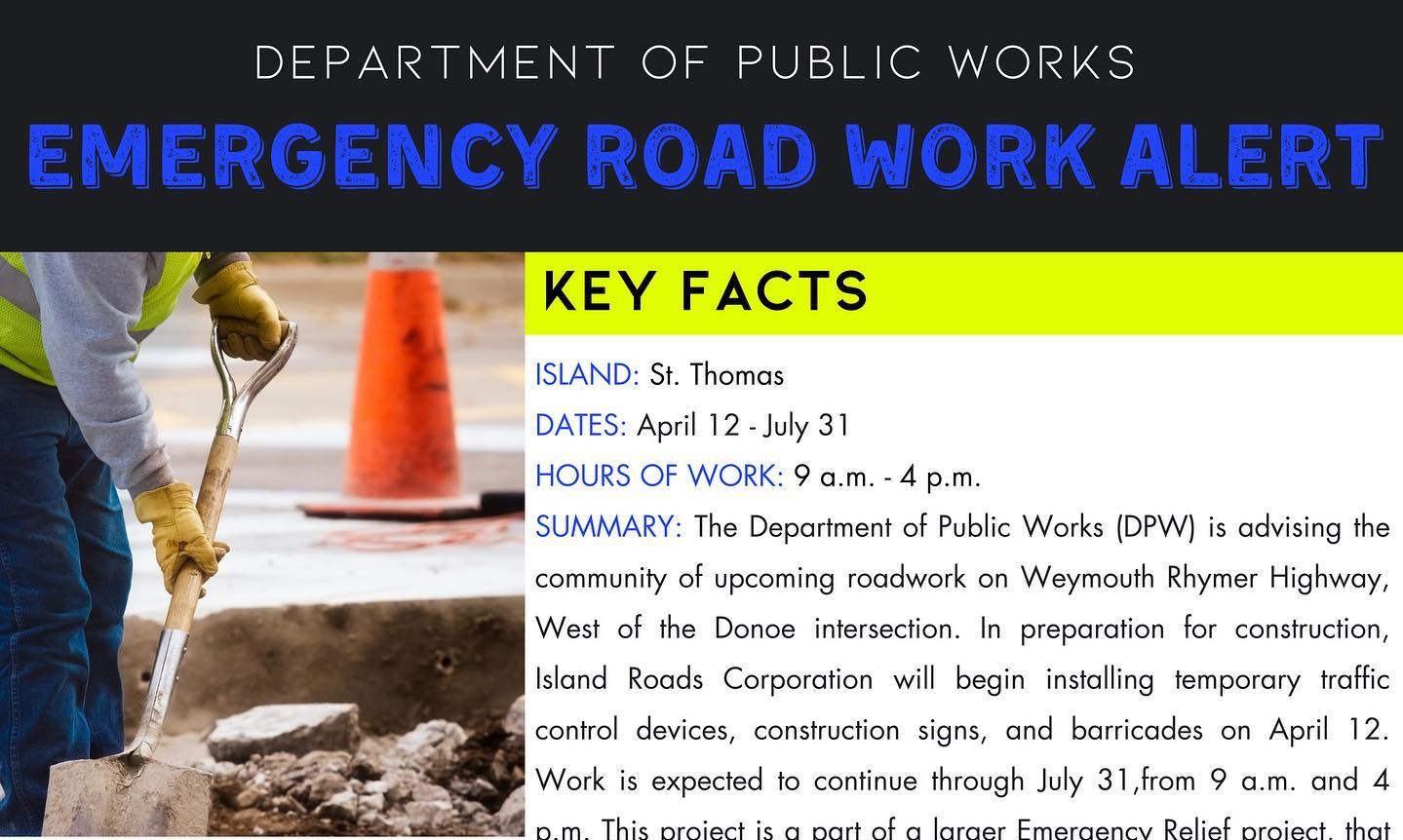 Work is expected to continue through July 31, between the hours of 9 a.m. and 4 p.m., the Department said.

This portion of the project will address damages that were caused by the 2017 hurricanes on Route 38, heading West on Weymouth Rhymer Highway, Exius said.

The project is managed by DPW partners, Eastern Federal Lands Highway Division, a division of the Federal Highway Administration (FHWA).

“The department is urging motorists to adhere to all safety controls and directives from on-site flaggers and traverse with extreme caution,” she said. “If possible, the department recommends using alternate traffic routes during the designated work hours.”