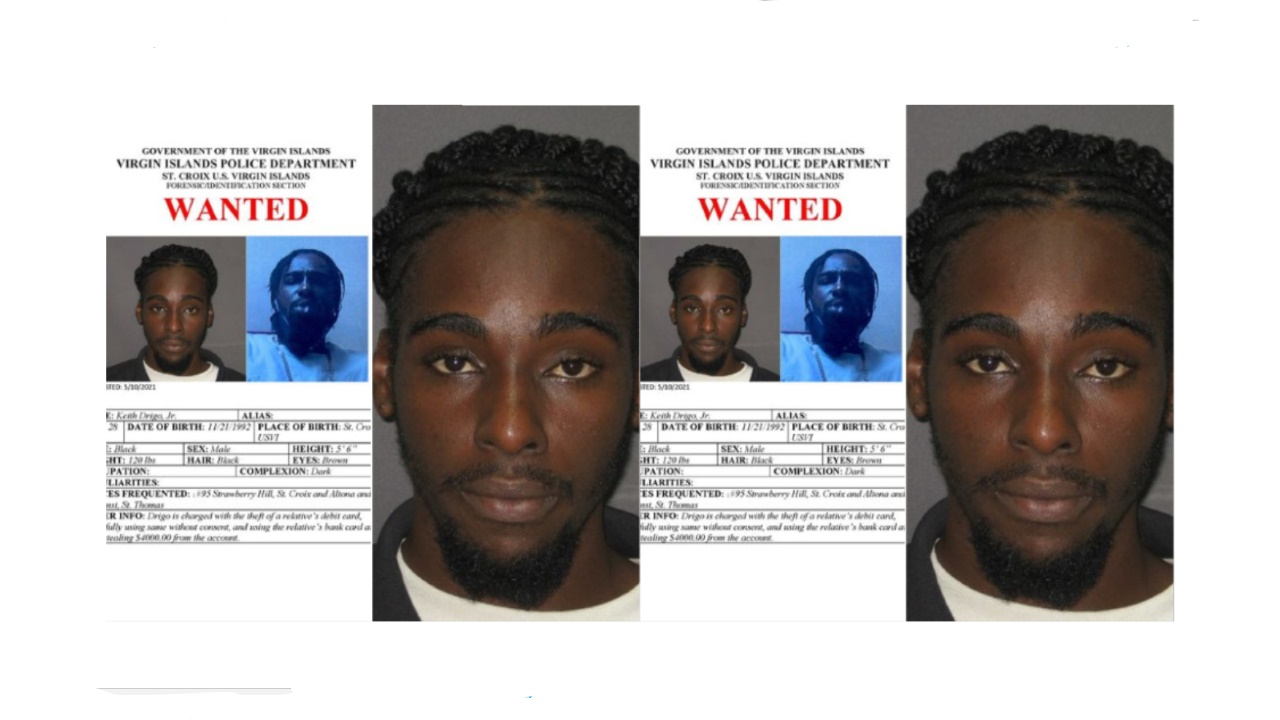 CHRISTIANSTED — A St. Croix man who allegedly stole an ATM card and used it to withdraw $4,000 from a relative’s bank account without permission is wanted by police.

Keith Drigo Jr., 28, of Strawberry Hill, is wanted by police because he allegedly used a debit card without permission, the Virgin Islands Police Department said.

Drigo was described by police as being a Black male who stands about 5-feet, 6-inches tall and weighs about 120 pounds.

He is known to frequent the Strawberry Hill area of St. Croix and the Altona and Welgunst area of St. Thomas, according to the VIPD.

“Drigo is accused of theft of a debit card, unlawfully using same without consent, and using the bank card at an ATM to withdraw money,” VIPD spokesman Toby Derima said.

The VIPD’s Economic Crime Unit said an arrest warrant has been issued in Drigo’s name and the detective unit is actively searching for him in the territory.