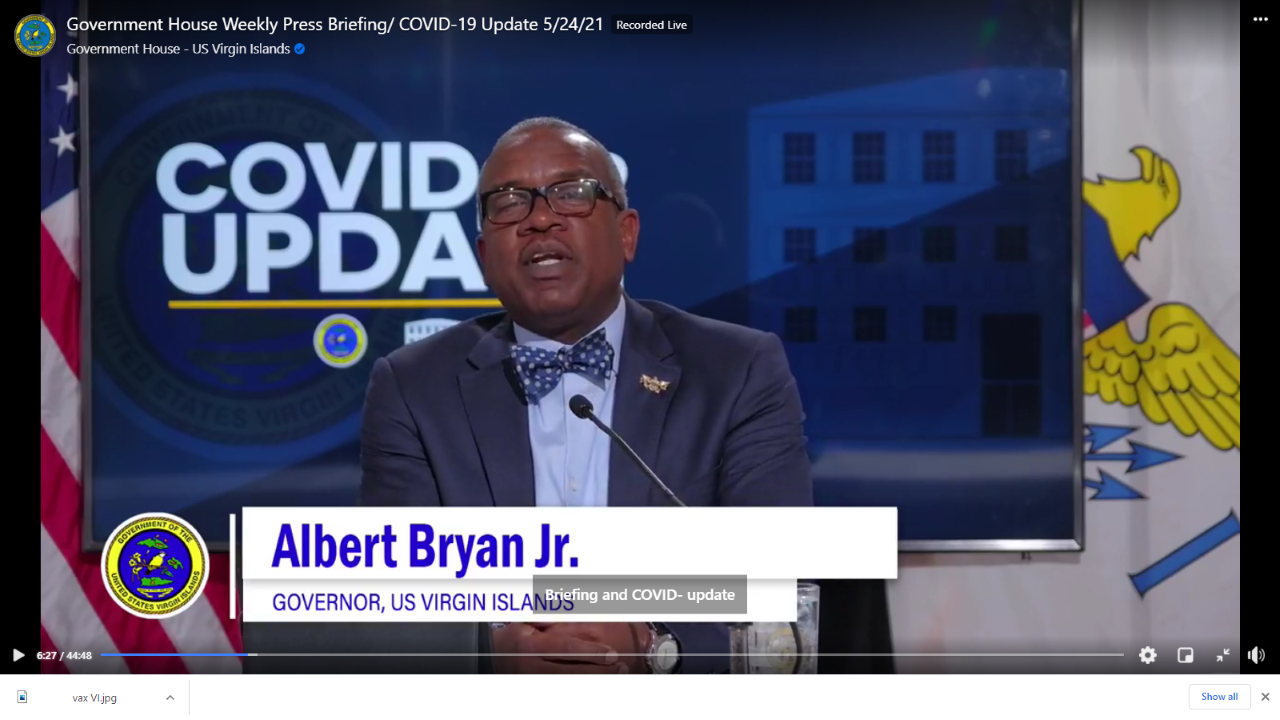 CHRISTIANSTED — The Bryan-Roach Administration was caught off guard Monday by the harsh suddenness, labor fallout and economic reality of September’s planned shutdown of the Limetree Bay refinery on St. Croix.

Governor Albert Bryan did not say that he was given a courtesy call in advance of the Limetree Bay shutdown — the lynchpin of the U.S. Virgin Islands private economic base — was pulled out from under him in one single day on Monday.

Bryan said Monday that the local government has secretly been shopping the troubled south shore plant since May. trying to encourage new investors in the Limetree Bay faciility “but with no luck” so far.

Bryan said the territorial government “remains hopeful” about a restart of the 200,00 barrels per day Estate Hope refinery that is the “economic engine” of the local economy.

“At this point, we do not have any idea when the refinery will restart, or if it will restart,” the governor allowed..

Bryan declined to call by name any of the potential investors whom the government has allegedly tried to sell the refinery to.

The U.S, Environmental Protection Agency (EPA) issued a 60-day shut-down order on the refinery on May 14, after an accident related to the coker plant released an oil mist into the communities to the west and north of the facility.

But the operations of the refinery have been suspended indefinitely because of “severe financial constraints,” the company claimed on Monday.

“The best case scenario for us is restructuring of refinery’s debt and its reopening under new investors,” Bryan said. “The worst case is that we are stuck with a shuttered facility.”

The shutdown will cost the USVI about 600 direct and about 150 indirect jobs, the former de Jongh Labor Commissioner said.

Limetree Bay’s 34 million barrel oil terminal that employs 85 people will not be affected, he said.

The refinery had an original design capacity of 525,000 barrels per day and was previously owned by HOVENSA, a joint venture between Venezuela’s state-owned Petróleos de Venezuela, S.A (PDVSA) and U,S. independent corporation Hess Oil.

Hess Oil and PDVSA shuttered the facility in January 2012 when it was operating at 350,000 barrels per day, saying it had lost $1.3 billion over three years.

It was reopened in January by the American private equity firm Arclight Capital Partners and U.S. trading firm Freepoint Commodities.

On Monday, a shaken Bryan lashed out at the EPA for allegedly adopting an “aggressive and troubling” position on Limetree Bay.

“We are a small place without a sitting member or two of congress and we don’t have a state senator,” the governor said. “A lot of times state agencies seek to bully us. So we are looking for just a fair shot at being able to reopen the facility, but to do so in a way that is safe and which protects our residents.”