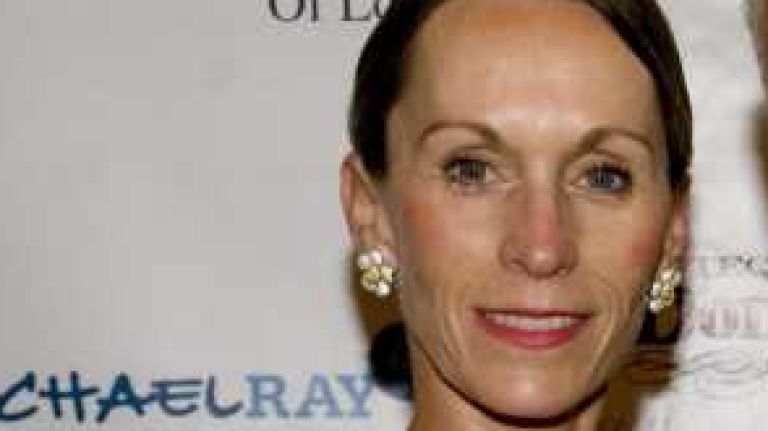 CHARLOTTE AMALIE — A New York socialite went from lounging in the hot tub of The Ritz-Carlton to spending the night in a jail cell, the Virgin Islands Police Department said..

Charlotte DePersia, 68, of East Hampton, was arrested at around 7:28 p.m. Thursday and charged with interfering with an officer and disobeying a lawful order, according to the VIPD.

The incident began at around 6 p.m. at The Ritz-Carlton Destination Club, where DePersia began playing music on her portable speaker, according to Superior Court documents.

An attendant reminded DePersia that pool rules state that “No radios, stereos, speakers or any other apparatus may be used, nor shall any activity be conducted which may reasonably be considered an annoyance to any person.”

DePersia “pretended not to hear the beach attendant,” so a manager approached and informed her of the rules again, according to the affidavit. DePersia “told the manager that her music is not loud,” so hotel staff called a loss prevention officer to assist, but she ignored him as well.

At around 6:15 p.m., DePersia went to the hotel lobby “to make a complaint about staff members harassing her.”

DePersia complained that staff were enforcing the pool rules, “but she was in the hot tub,” and she “demanded to see the three staff members reprimanded in front of her and she is not leaving the lobby until that happens,” according to the affidavit.

DePersia was “verbally abusing the staff and she lunged at multiple employees,” and “was asked several times to put her mask on, but she refused.”

DePersia was instructed to leave the lobby but said “that she is not leaving until the staff members are reprimanded in front of her.”

The staff members had already been sent home by management, and DePersia continued refusing to leave.

When officers responded to the scene, they asked her “several times to leave the lobby and go to her room, but she refused,” according to the affidavit. “Ms. DePersia stated that our Caribbean accent and wearing our mask is preventing her from understanding. Ms. DePersia also stated that the officers must speak in ‘Queen’s English’ in order to speak to her.”

After again refusing an officer’s order to leave the lobby, police placed DePersia under arrest and took her to Schneider Hospital for a COVID-19 test before transporting her to the police station for booking.

Unable to post $1,000 bail, she was jailed overnight and appeared in V.I. Superior Court via video conference Friday morning for her advice-of-rights hearing.

“She’s demonstrated disdain and disrespect for the Virgin Islands for refusing to wear a mask,” and insulted officers by saying they need to “speak in the Queen’s English,” said Assistant V.I. Attorney General John Barraco.

He said DePersia’s criminal history includes only convictions for driving under the influence of alcohol.

“I think that’s indicative of something, that maybe this was an alcohol-related offense,” said Magistrate Judge Henry Carr III.

Territorial Public Defender Alexia Furlow said DePersia was not allowed to retrieve her wallet from the hotel safe, which is why she spent the night in jail.

DePersia has been vacationing on St. Thomas “for over 21 years,” and typically stays at The Ritz-Carlton about four times a year, Furlow said.

Furlow said DePersia had never had any problems at the hotel before, and asked that she be released on her own recognizance or an unsecured bond. But Carr said that “she was very disrespectful to the police and the people at The Ritz-Carlton,” and kept her bail at $1,000 cash.

A police officer agreed to escort DePersia to The Ritz-Carlton to retrieve her wallet and other belongings so she can return to New York.

According to a Hamptons news website, “Dan’s Papers,” DePersia was charged in 2014 with multiple driving offenses, including aggravated unlicensed operation of a motor vehicle, circumvention of an interlock device, and driving with a suspended license.

“Back in 2010, DePersia was arrested and charged with felony driving while intoxicated after she crashed her vehicle into another in Bridgehampton, N.Y. She pleaded guilty and received probation. The four victims of the crash included a pregnant woman — and Suffolk County District Attorney Thomas Spota had called for a prison sentence. Though she initially avoided jail time, DePersia was jailed in 2012 when she violated probation by “drinking two glasses of wine,” according to the website.