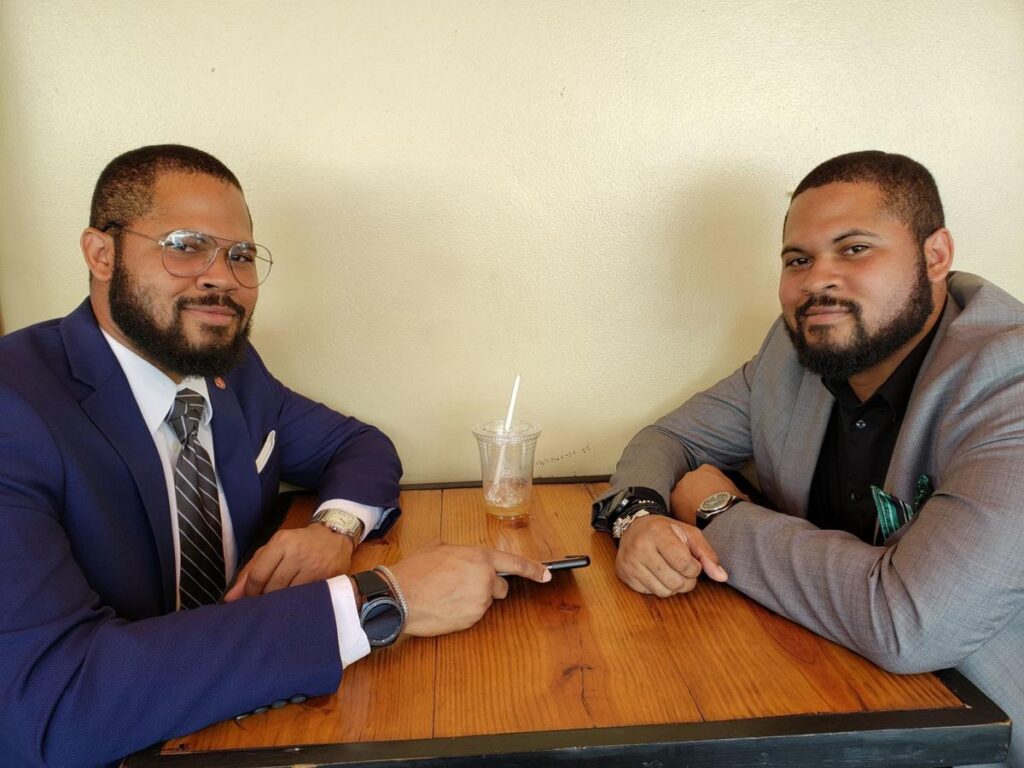 CHARLOTTE AMALIE — Although Dwight E. Isaac was arrested in April and charged with first-degree unlawful sexual contact, the Virgin Islands Police Department only released that information to Twitter in a late night post.

The VIPD did not release the public information about Isaac through the normal media channels, such as emails sent to reporters and posts to other social media.

Legal experts might argue that the Virgin Islands Department of Justice faces an uphill battle in trying to convict Dwight E. Isaac of any crime for one simple reason — he has an identical twin brother. living in St. Thomas.

VIDOJ spokeswoman Sandra Goomansingh told the Virgin Islands Free Press that the case against Dwight E. Isaac has been dismissed in Superior Court, but that she was checking to see if the case has been “picked up in federal court.”

The V.I. Free Press has also reached out to the U.S. Attorney’s Office in St. Thomas to find out if there are currently charges filed against Dwight E. Isaac in U.S. District Court in Charlotte Amalie.

Asked whether federal charges will be brought against Dwight E. Isaac now that the VIDOJ has dismissed its case, U.S. Attorney Gretchen C.F. Shappert told the V.I. Freep this afternoon: “I cannot comment.”

VIPD spokesman Toby Derima — over the course of five months — has declined repeated requests to comment on the case against Dwight E. Isaac, if any.

An identical twin might seem like a perfect alibi for any crime one wanted to commit, but now it turns out dogs can tell such twins apart by scent, researchers have determined.

Research investigating whether dogs can distinguish identical twins from one another has gone on for more than a half-century. However, the findings of these studies have proven conflicting and inconclusive over the years.

Scientists in the Czech Republic suggested any discrepancies seen between the results of past experiments might have been due to different levels of training of the dogs used in each. Instead, they suggested using police dogs with the highest level of training, noting that such canines have been used in police lineups to identify people by scent in Europe and the United States.

Researchers started with samples swabbed from the bellies of two sets of identical twins, boys age 5 and girls age 7, as well as two pairs of fraternal twins, 8-year-old girls and 13-year-old boys. Experiments with 10 German shepherds then had each dog go through 12 tests, all of which involved the canines sniffing a swab and then seeking out a matching scent from seven possibilities.

The scientists found all the dogs picked out the correct match every time. They distinguished identical twins from one another without fail, even though each twin lived in the same place and ate the same food as their counterpart. In comparison, DNA tests could not tell identical twins apart, although they could naturally tell fraternal twins apart, which are only as genetically similar as any regular pair of siblings.

“Dogs can discriminate the odor of identical twins if well-trained,” said researcher Ludik Bartos, an ethologist at the Czech University of Life Sciences in Prague.

As to how dogs can tell identical twins apart, each might be influenced by different outside factors, such as infections that might alter an individual’s odor, researchers conjectured. “It should be emphasized, however, that we are far from being able to elucidate the reason why the twins differ,” Bartos told LiveScience.

Future research can focus on whether or when the scents of identical twins start to differentiate with age.

The scientists detailed their findings online June 15 in the journal PLoS ONE.