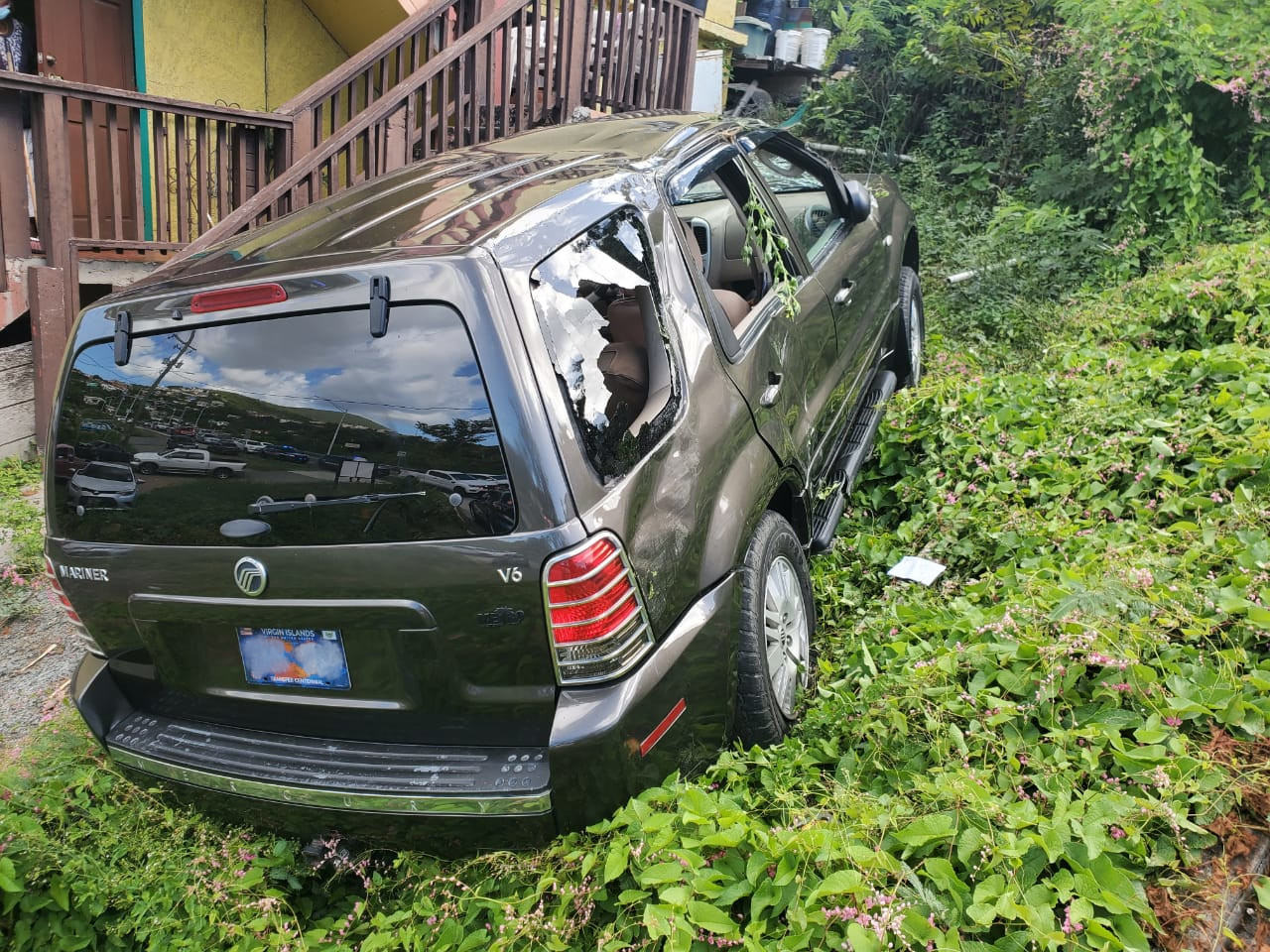 CHARLOTTE AMALIE — When trying to crawl out of the wreckage of her crossover SUV after a two-car accident this morning, the mini van shifted slightly and fell back on top of the injured driver — killing her, authorities said.

“Officers learned that a female lost control of her vehicle; and while exiting it, the vehicle flipped and rolled on the female — causing severe injuries,” VIPD spokesman Toby Derima said.

The victim was identified by next of kin as 78-year-old Eileen R.C. Morris of Estate Nazareth.

Morris succumbed to her injuries while being transported to the hospital, according to Derima.