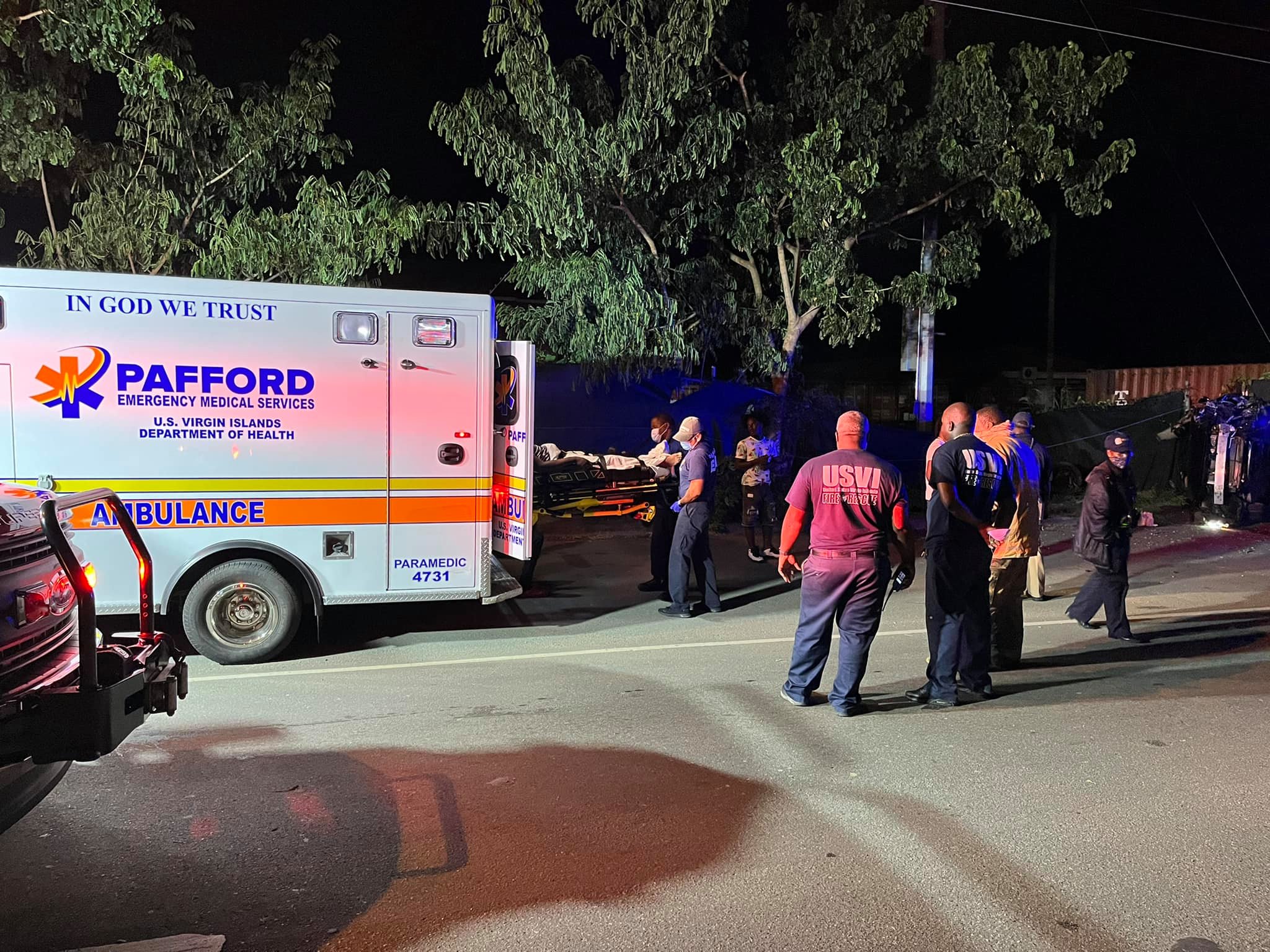 CHARLOTTE AMALIE — One person was injured after a vehicle overturned on Veteran’s Drive in St. Thomas shortly before 3 a.m. today, AllAhWeTV reported on Facebook. The extent of the injured person’s injuries is not known.

Police and emergency personnel arriving on the accident scene found an overturned sedan in front of the bus stop near Addelita Cancryn Junior High School, the electronic news outlet reported.

The Virgin Islands Police Department, Virgin Islands Fire Service and EMTs were on the crash scene responding to the victim at 3:00 a.m. today, according to AllAhWeTV.

“The two lanes heading West is presently closed as a tow truck is being sought to flip the vehicle then remove it,” AllAhWeTV said. “An individual has been loaded into the EMT vehicle the extent of their injuries are unknown.”

Some eight hours later, emergency personnel were dealing with a three-car accident that briefly shut down Veteran’s Drive on St. Thomas.

“Too much ignorant people on this little island driving with their stinky attitude. many are uninsured because they don’t have drivers licenses,” Burg Dave said on Facebook.

VIPD spokesman Toby Derima did not immediately respond to a request for comment.