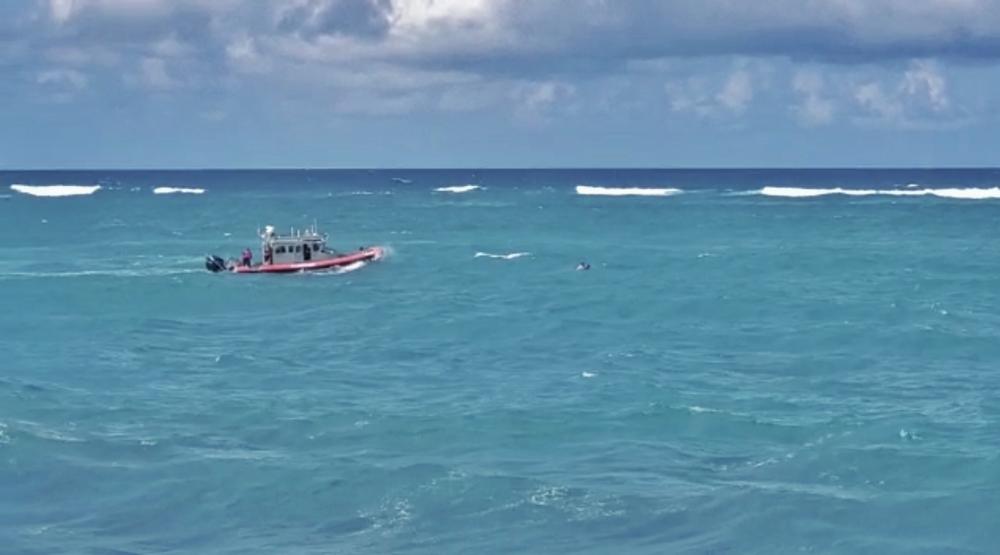 Rescued were a man, 56, and a woman, 27, from Puerto Rico, after the man, who was a bystander and local surfer, reportedly swam out to assist the woman in distress.

“We responded quickly from San Juan Bay to the entrance of the reef line in the Condado,” said Petty Officer 2nd Class Blake R. Flessner, Station San Juan coxswain for the case. “Since time was a critical factor, we entered inside the reef line despite the choppy sea state.  One of our lookouts quickly sighted the two persons drifting on a boogie board. Once we reached them, we threw a heaving line to safely get them away from the rocks, brought them onboard and gave them blankets.”

“People need to pay close attention to the weather and sea conditions when going out to enjoy a day at the beach,” said Lt. Cmdr. Lazu-Rivas, Sector San Juan Search and Rescue Mission Coordinator for the case.  “Most beaches around Puerto Rico are open water beaches and they could be very dangerous, especially in the Condado area when the sea state is high and there is a high-risk of dangerous currents and riptides.”

The Station San Juan crew transported the survivors to Coast Guard Base San Juan, where they were released with no medical concerns.