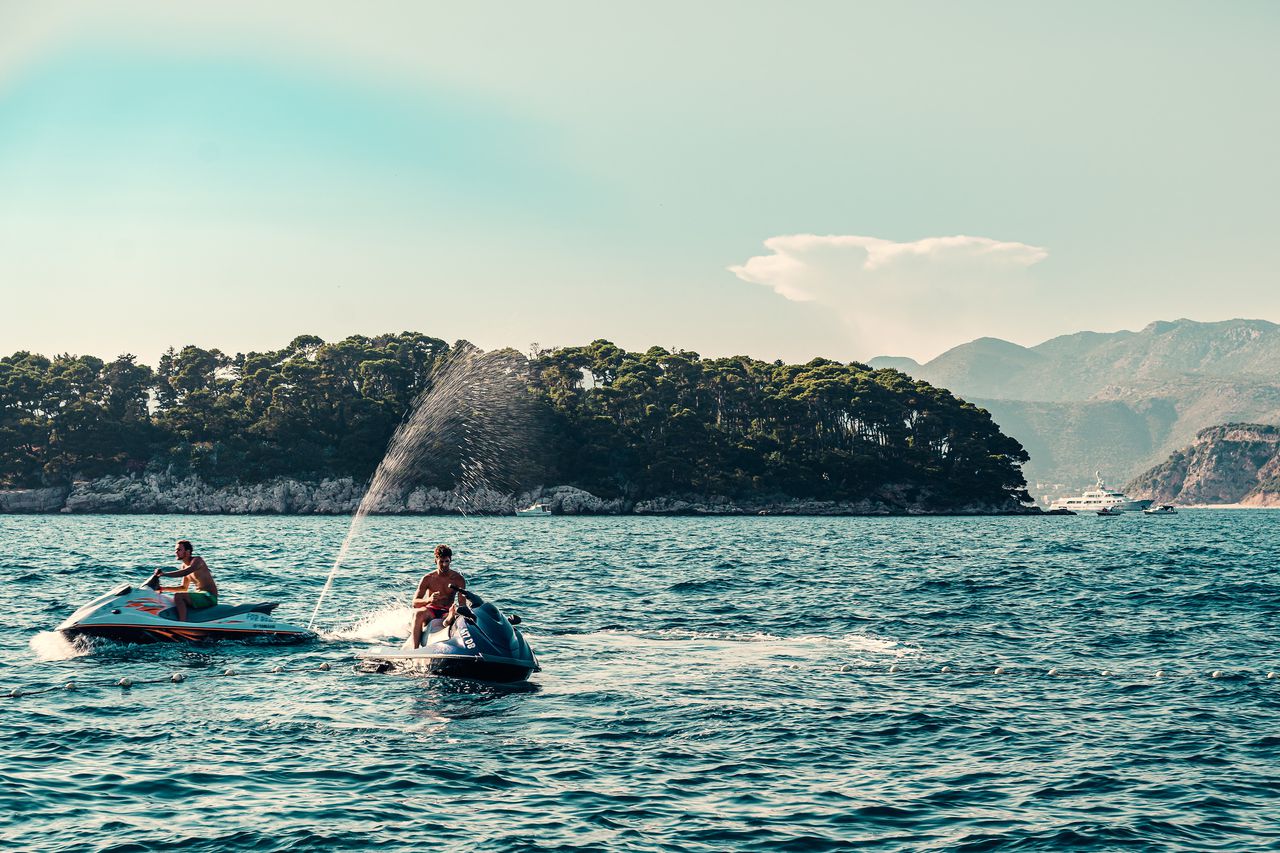 CHARLOTTE AMALIE — Federal authorities tracked down cocaine smugglers from Culebra with 57 pounds of cocaine being moved from Puerto Rico to St. Thomas on jet skis.

Air patrol watched as the skis made way to the beach at Mermaid’s Chair where they were met by four individuals in a red Jeep Wrangler. CBP-AMO officers saw duffle bags being loaded on to the skis, and the skis quickly leaving towards Culebra, PR. CBP-AMO law enforcement vessels pursued the four jet skis towards Culebra, Puerto Rico.

One driver drove his ski on to a Culebra, Puerto Rico beach and fled on foot. He escaped capture. A duffle bag was recovered near the abandoned ski. Inside the duffle bag, officers recovered 26 packages which contained a substance that field-tested positive for the presence of cocaine.

A third suspect was able to evade capture by splitting off in a different direction from the other skis. Two other
operators, Gozalez and Carrasquillosanto, were apprehended. Gozales, a former Puerto Rican Police officer, was followed by CBP-AMO air patrol. His position was relayed to CBP-AMO officers on the water who detained Gozalez while still on a ski.

Carrasquillosanto was seen by Puerto Rican Police Forces loading a black and purple jet ski onto a trailer at a nearby marina. He was shown a picture taken by CBP-AMO air patrol which depicted the operator of the purple and black jet ski wearing the same clothes as Carrasquillosanto. Carrasquillosanto admitted to being one of the operators of a ski that was seen at Mermaid’s Chair in St. Thomas.

A Glock pistol was seen in plain view inside the rear pocket of the driver’s seat where Vazquez Lopez was seated. Another Glock pistol without a serial number was located in the center console.

On December 13, 2021, all eight defendants appeared before Judge Cannon via video conference for their initial appearances.

All eight men are charged with conspiring to possess with intent to distribute a controlled substance under 21 U.S.C §§ 841(b)(1)(B) and 846.

If convicted, the defendants face up to life in prison. A federal district court judge will determine any sentence after considering the U.S. Sentencing Guidelines and other statutory factors.

CBP-AMO and HSI are investigating the case, and the United States Attorney’s Office for the District of the Virgin Islands is prosecuting the case.