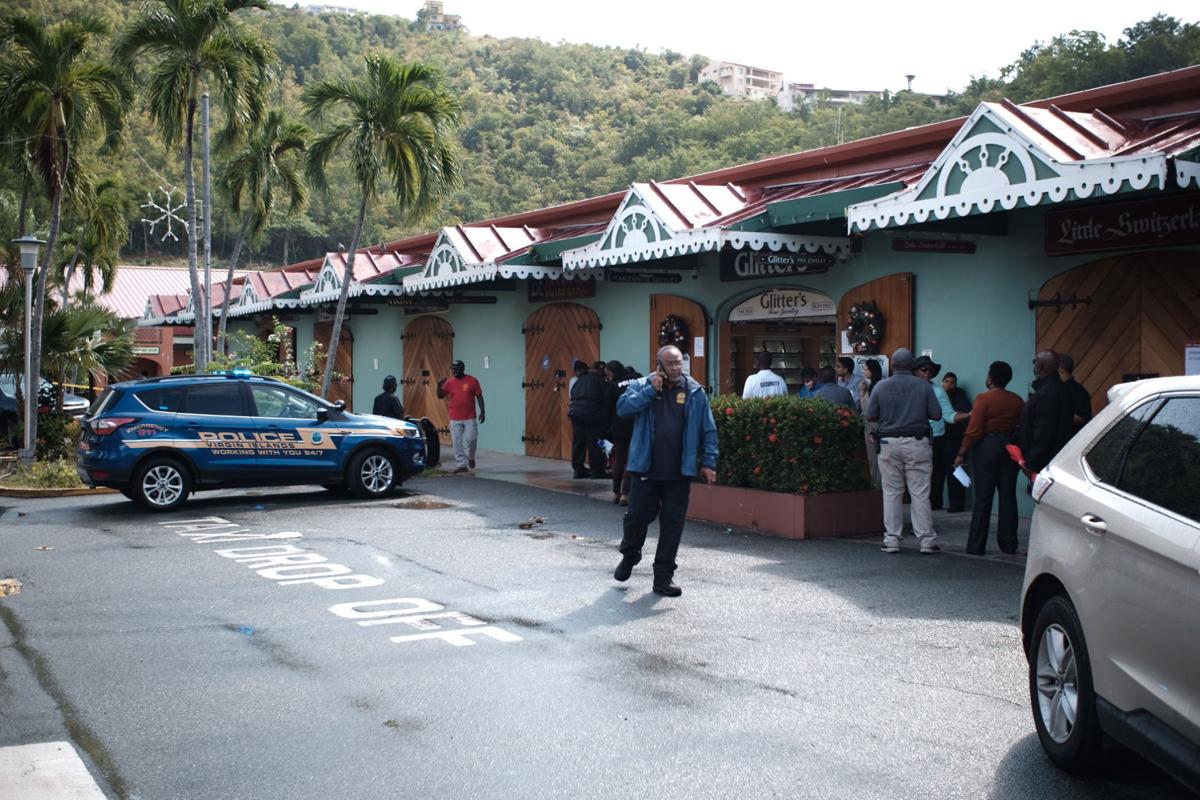 CHARLOTTE AMALIE — A security guard and a civilian were shot during a botched robbery attempt by three armed men at the Havensight Mall late this morning, authorities said.

The three black male suspects were armed with handguns and automatic weapons when they entered Glitters jewelry store at 9002 Havensight Mall about 10:40 a.m. today and engaged in a shootout with the security officer that left the male guard shot in the stomach and a female customer shot in the chest, VIPD Commissioner Roy Martinez said.

The two injured, unnamed people were undergoing surgery at the Schneider Regional Medical Center (SRMC) about 1:45 p.m., according to police.

After the shooting, the Havensight Mall was closed and the area around Glitters was cordoned off with yellow barricade tape to prevent pedestrian and motoring traffic in the crime scene area.

At least a dozen police units converged on the scene about 10:45 a.m. and were still at the St. Thomas mall hours later. As of around 12:00 p.m., several store patrons and staff were being questioned by authorities.

According to the VIPD, the three male suspects arrived in a dark-colored vehicle and then entered Glitters. Police said they have recovered the getaway vehicle that was used in attempted robbery in the area around Havensight Mall.

Anyone with information about today’s daring broad daylight armed robbery is asked to call 911.