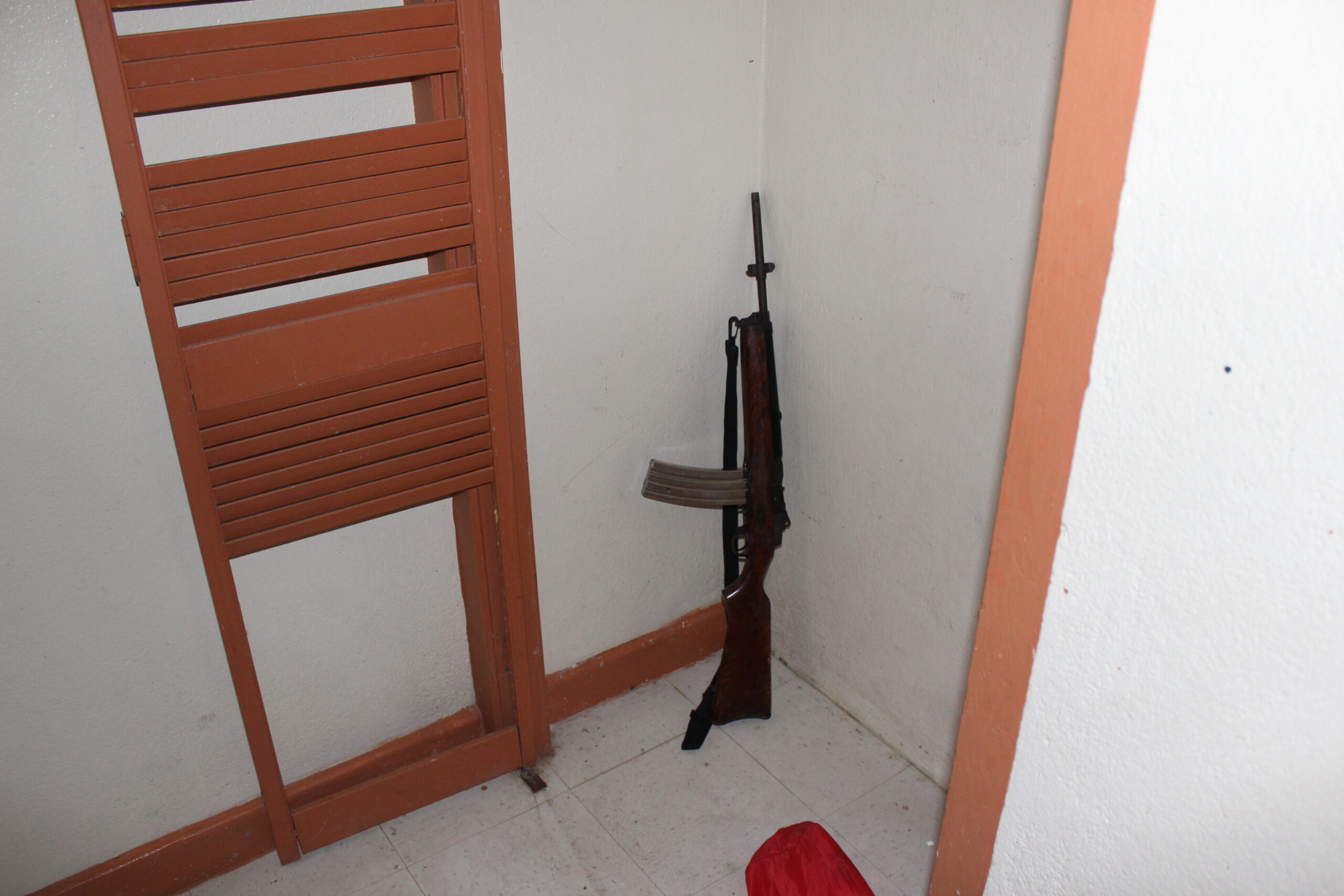 CHRISTIANSTED — Federal agents and local police officers seized an illegal gun and drugs during a joint operation at a Richmond housing project this weekend.

Crime Stoppers USVI got a tip about “possible illegal activity” occurring at the John F. Kennedy Terrace and forwarded it to authorities, the Virgin Islands Police Department said.

“During the operation, a search of an abandoned building in Kennedy Terrace revealed a rifle with an extended magazine,” VIPD spokesman Toby Derima said. “The rifle was collected for processing by VIPD Crime Scene Technicians. The operation also netted marijuana plants that were confiscated by federal agents.”

The investigation into the findings is ongoing. Anyone with information regarding this case is urged to contact police by calling 911 or Crime Stoppers USVI at (800) 222-TIPS or online at p3tips.com. Remember, if you see something, say something.