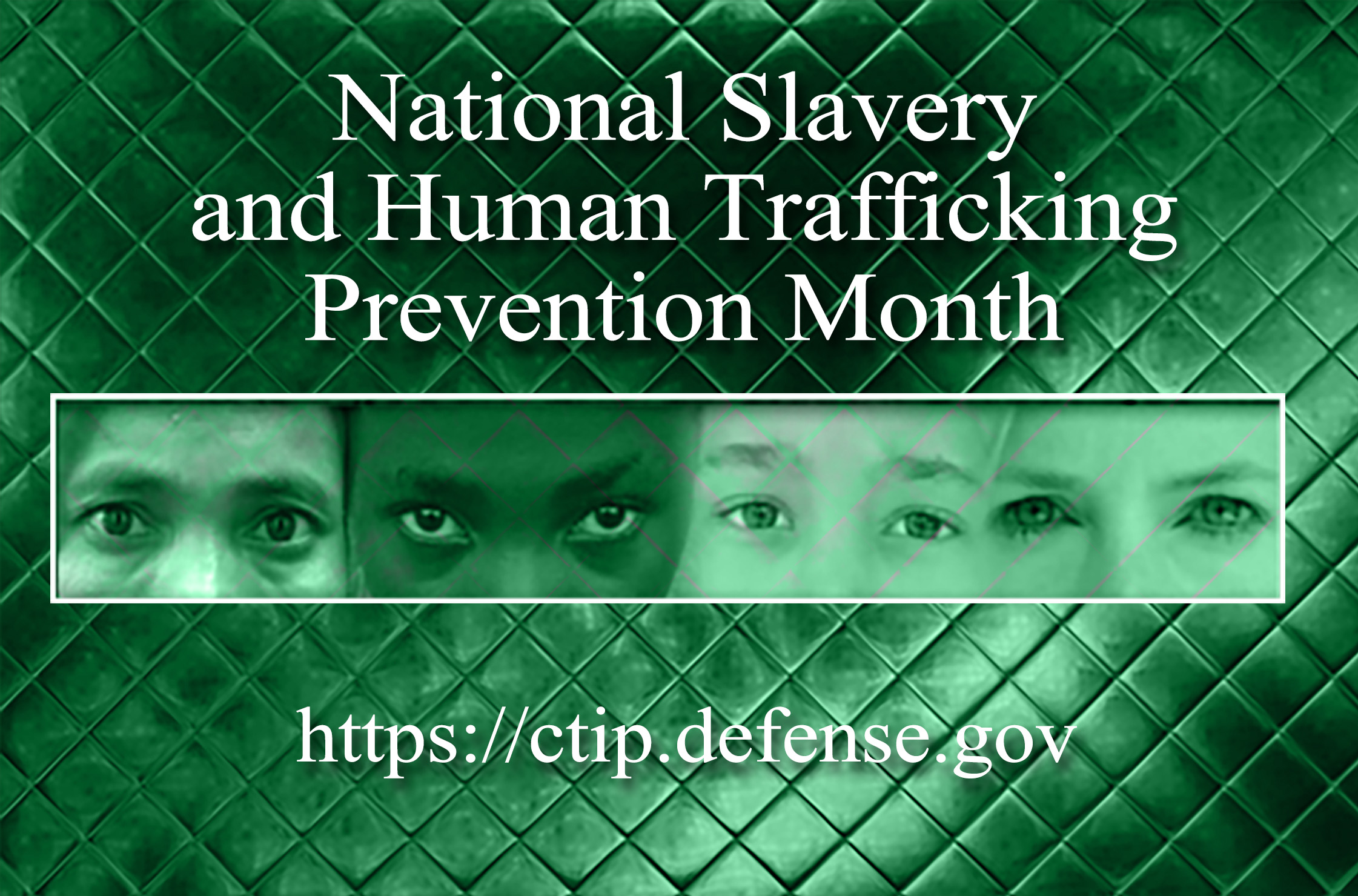 CHARLOTTE AMALIE — United States Attorney Gretchen C.F. Shappert for the District of the Virgin Islands announced today that January is Human Trafficking Prevention Month. Shappert noted that the Department of Justice is commemorating the 11th Annual National Human Trafficking Prevention Month and emphasizing the Department’s continued commitment to combatting human trafficking in all its forms.

“The investigation and prosecution of human trafficking crimes is one of the Department’s highest priorities. Federal law enforcement and prosecutors remain relentless in our efforts to bring traffickers to justice and to seek justice for the victims of these crimes,” Shappert said.

Human traffickers prey on some of the most vulnerable members of our society. They exploit victims and deprive them of their rights, freedom, and dignity. Traffickers engage in forced labor or commercial sex involving children or involving adults subjected to intimidation, fraud, or coercion.

The Human Trafficking Institute’s Annual Report, issued by the Human Trafficking Institute, stated: “Federal courts in the following states and U.S. territories handled the highest number of active defendants in human trafficking cases when taking population into account: the U.S. Virgin Islands, the Northern Mariana Islands, the District of Columbia, Alaska, and New Mexico. Interestingly, the federal district court in the U.S. Virgin Islands handled four active defendants, the same number of active defendants as in New Jersey, even though New Jersey’s population is 83 times larger.”

The Department of Justice is committed to continuing its victim-centered, trauma-informed approach to detecting hidden human trafficking crimes, holding perpetrators accountable, and restoring the lives of survivors, while strengthening strategic anti-trafficking partnerships.

The Department-wide approach to combating human trafficking extends beyond the prosecutions brought by U.S. Attorneys’ Offices, the Human Trafficking Prosecution Unit, and the ChildExploitation and Obscenity Section, to include interagency enforcement initiatives and strategic partnerships with global anti-trafficking allies. These efforts increasingly utilize specialized expertise in money laundering, financial crimes, and transnational organized crime to enhance investigations and prosecutions.

The FBI’s Crimes Against Children and Human Trafficking Unit develops innovative strategies on an ongoing basis to enhance detection and investigation of hidden human trafficking crimes. The Justice Department’s Office for Victims of Crime, as the largest federal funding sources for trafficking victim services, issues grants, enabling its grantees to serve clients. In addition, the Office for Victims of Crime administers its Human Trafficking Capacity Building Center to assist local and tribal organizations in starting, sustaining, and expanding their anti-trafficking efforts. The department continues to elevate the voices of courageous survivors, ensuring that their expertise and insights inform anti-trafficking efforts.

National Human Trafficking Prevention Month commenced on January 11th. The public is encouraged to wear blue in support of the Department of Homeland Security’s Blue Campaign, a national public awareness campaign designed to educate the public, law enforcement and other industry partners to recognize the indicators of human trafficking, and how to appropriately respond to possible cases. Learn more about the Blue Campaign here.

Each year since 2010, the President has dedicated the month to raising awareness about the different forms of human trafficking and educating people about this crime and how to recognize it. To learn more,visit https://www.whitehouse.gov/briefing-room/presidential-actions/2021/12/30/aproclamation-on-national-human-trafficking-prevention-month-2022/.

If you suspect an act of human trafficking in your area, you can report a trip to the National Human Trafficking Resource Center Hotline at 1-888-373-7888. This national, toll-free hotline is available to answer calls from anywhere in the country, 24 hours a day, 7 days a week, every day of the year.