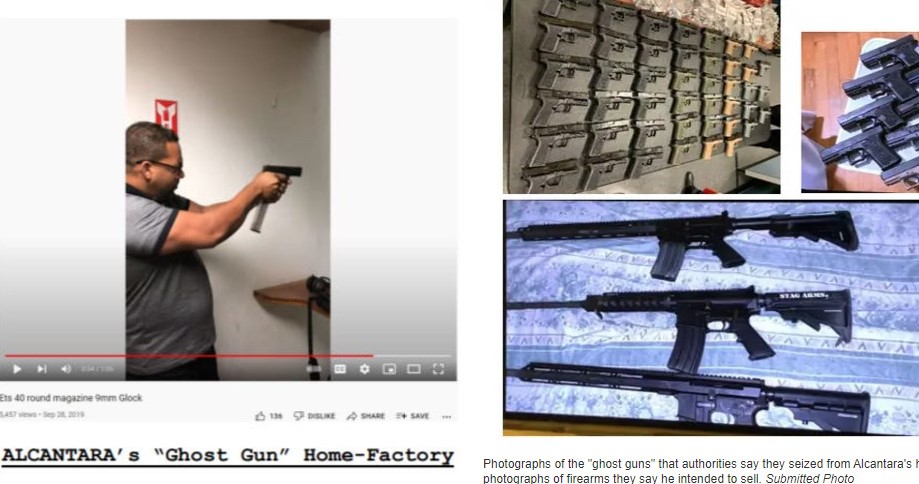 PROVIDENCE — A Rhode Island man is accused of plotting to traffic untraceable ghost guns and then lying to investigators about the sales, mainly in the Dominican Republic.

Federal agents arrested Robert Alcantara Jr., 34, on Thursday and charged him with conspiring to traffic firearms and with making false statements, according to a news release from Damian Williams, the United States Attorney for the Southern District of New York.

“Untraceable ‘ghost guns’ pose a serious threat to public safety. As alleged, the defendant agreed with others to buy the parts for these firearms, put them together at his home, and then unlawfully sold or attempted to sell over 100 of them. Thanks to our law enforcement partners, the defendant has been arrested, and his deadly ghost gun business has been shut down,” Williams said in a statement.

According to authorities, Alcantara arranged with unidentified co-conspirators for him to buy parts for more than 100 ghost guns that he would then put together at his house in Providence. Authorities alleged that Alcantara illegally sold the completed ghost guns, largely in the Dominican Republic.

Investigators said they recovered parts for 45 ghost guns from Alcantara’s car during a November 20 stop in New York City, after he and an alleged co-conspirator purchased thousands of dollars worth of parts at a gun show in Morgantown, Pennsylvania.

Among the evidence the investigators said they recovered after seizing Alcantara’s cell phone are messages indicating that he offered to have his mother transport firearms to the Dominican Republic.

“Stopping the flow of these firearms is a top priority of ATF, and we will rigorously pursue those who illegally sell these firearms,” John B. DeVito, ATF New York special agent-in-charge said in a statement.

Rhode Island lawmakers in 2020 enacted a law that outlaws the possessing, making or selling ghost guns and other untraceable and undetectable firearms.