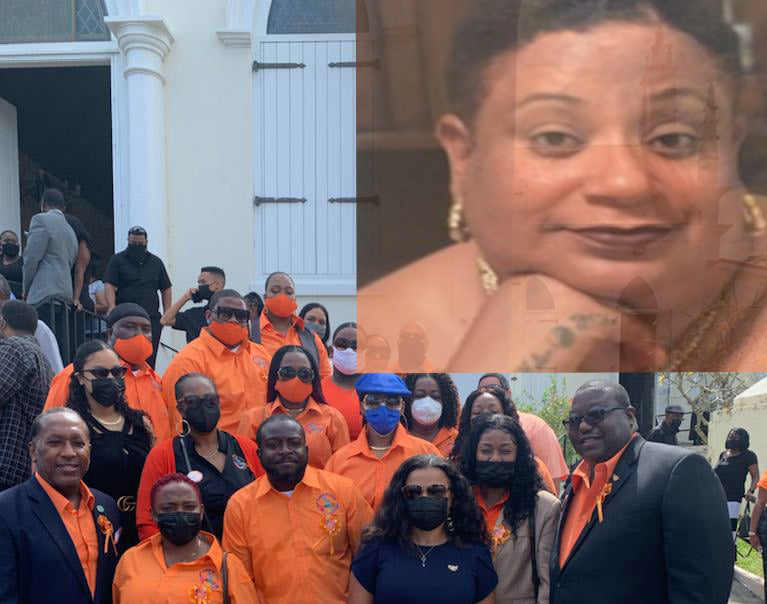 Arnold Jarvis, 52, was killed after being shot multiple times near Chenay Bay beach on Friday morning. Lottery office worker Stacie Schjang, 46, died after a “stray bullet” .pierced a window in her Castle Coakley home on January 27.

At the time, Police Commissioner designee Ray Martinez stressed that Schjang was an “innocent bystander” killed by an errant bullet and not connected to gunmen shooting at each other in Peter’s Rest and Castle Coakley that day.

But knowing that Jarvis and Schjang were lovers could provide important clues that to help detectives solve one or both of the cases, sources close to the investigation said.

Officially, Martinez would only confirm that Jarvis and Schjang are “acquainted,” and would not say anything further about their relationship.

While Martinez said police have yet to identify a motive in either of the slayings, but he confirmed police are exploring the fact the victims were acquainted could have been a factor in one or both of their deaths.

Sources close to the police investigation said that Jarvis was a “bad man” with a history of criminal violence but no convictions.

Schjang, on the other hand, held down a day job at the Lottery office in the Sunny Isle Shopping Center and had no criminal record.

A Google search of Jarvis’ name reveals that he sued a VIPD officer for “excessive force” after an incident at the Christmas festival in 1989.

Jarvis’ death occurred at around 11:43 a.m., when police responded to a report of between 15 and 20 shots fired in the area of Chenay Bay on the East End of St. Croix, according to VIPD spokesman Toby Derima.

Derima said the body was discovered in a vehicle on the road leading to Green Cay beach and that Jarvis had suffered multiple gunshot wounds.

“It truly upsets me that our people resort to using guns to resolve their differences. Now we have another family grieving the loss of their loved one due to senseless gun violence,” St. Croix Police Chief Sean Santos Sr. said in a statement.

So far this year, there have been five confirmed deaths from gunshots in the territory, four on St. Croix and one on St. Thomas. Police have not yet listed a cause of death for 56-year-old Gregorianna Julien, who died on Jan. 2. Julien was shot Dec. 4 at Havensight Mall on St. Thomas during a failed robbery.

There were 45 homicides in the territory in 2021, giving the Virgin Islands a homicide rate of 51.64 deaths per 100,000 residents — far higher than any other state or territory in the nation, according to FBI statistics.

At this point in 2021, only two homicides had been reported in the territory, one on St. Croix and one on St. John.