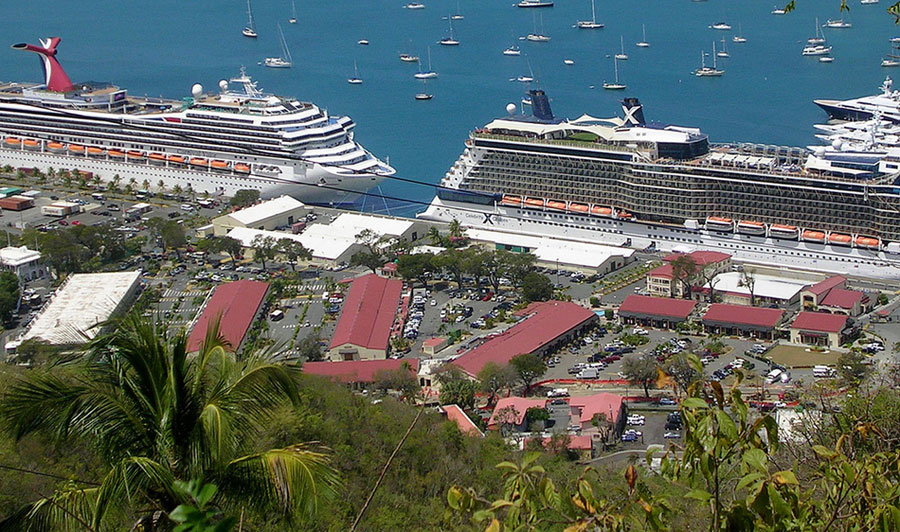 CHARLOTTE AMALIE — As cases onboard cruise ships continue to drop, the government will relax the entry requirements for cruise liners to enter the area and visit the territory.

Although cruise ships accounted for tens of thousands of passengers visiting the islands daily before the pandemic, the strict regulations that have been in place coupled with fewer guests onboard have put a serious dent in the local economy. Something the territorial government now wants to correct.

Several ships were forced to cancel their calls to the U.S. Virgin Islands in recent months due to the strict entry requirements the local government had put in place. For January alone, the protocols caused cancelations for 13 cruise ships.

As COVID-19 cases have dropped in recent weeks, and the Omicron variant is seemingly far less dangerous than expected, cruise companies will have fewer and less strict requirements to do deal with, according to a local report.

With the change in regulations, the West Indian Company Limited (WICO) hopes to attract more cruise ships to the US Virgin Islands’ shores. However, it will likely not be a return to the pre-COVID number of tourists just yet.

Since the cruise ships started sailing in the summer of last year, vessels have arrived at the islands with numbers as low as 28 percent of total capacity, with numbers averaging around 40-50 percent of full capacity.

With the three berths that WICO operates in the US Virgin Islands and an average of 3,000 guests total capacity on most cruise ships, the company, and the local economy, misses out on 4,500 passengers per day.

Despite the upcoming relaxation of the maximum infection rate onboard ships, it could be well into 2023 or 2024 before the local economy recovers. As the Asian and Australian markets remain closed off, companies will move more ships to the Caribbean.