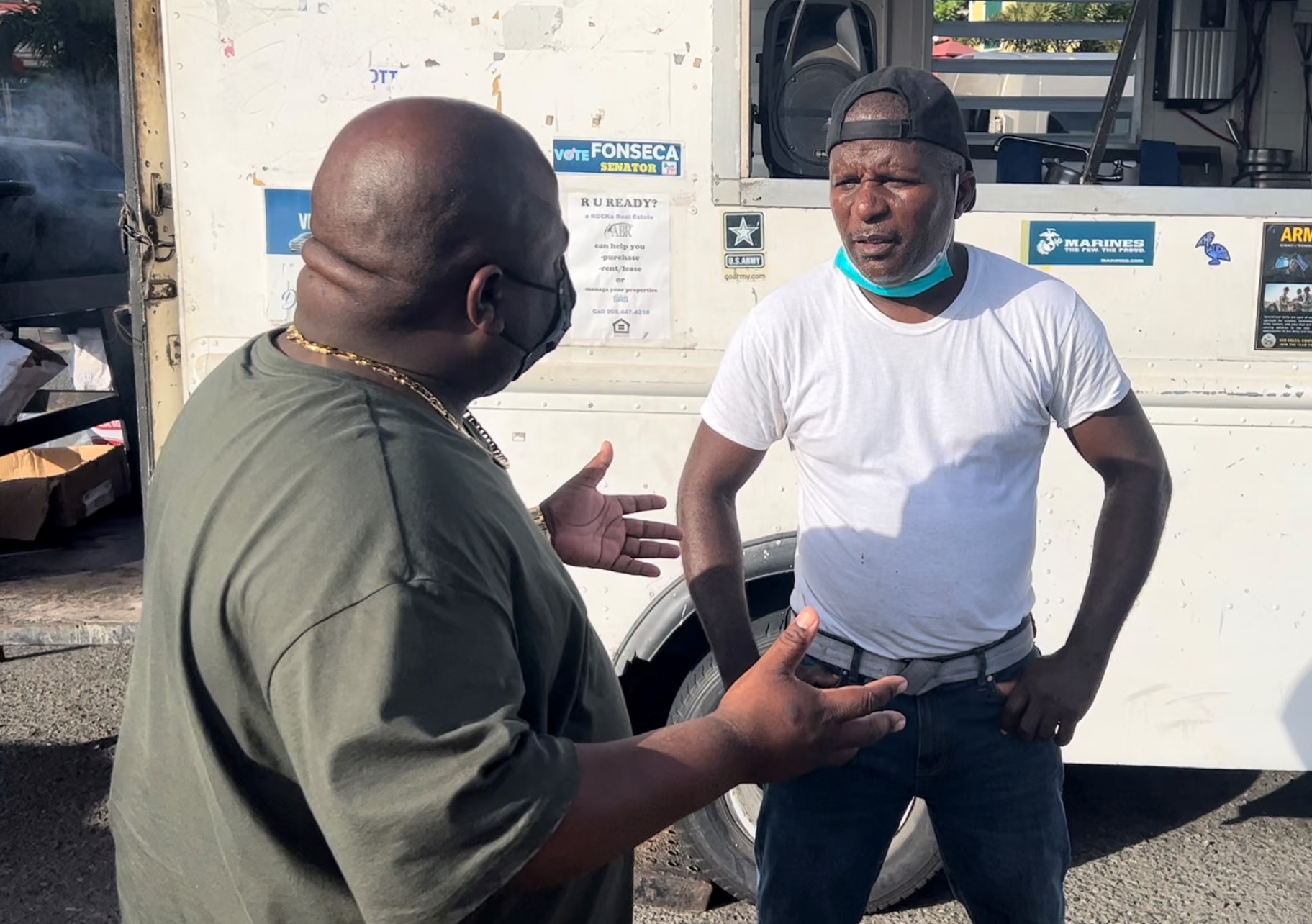 CHARLOTTE AMALIE — A government representative officially thanked a St. Thomas food van vendor who dove into the Charlotte Amalie harbor to save a woman trapped in a vehicle that went over the embankment.

Liden George saved the life of a woman trapped in a vehicle that went into the water on the waterfront in St. Thomas last week, Government House said on Monday.

Water Island Administrator Avery Lewis stopped by George’s well-known BBQ truck, just steps away from where the incident occurred on the waterfront, to thank him on behalf of Governor Albert Bryan Jr., for his bravery and for being a shining example of the USVI community.

“Liden’s BBQ truck has been a fixture on the St. Thomas Waterfront for years,” Government House said.. “Please stop by and show him your appreciation.”