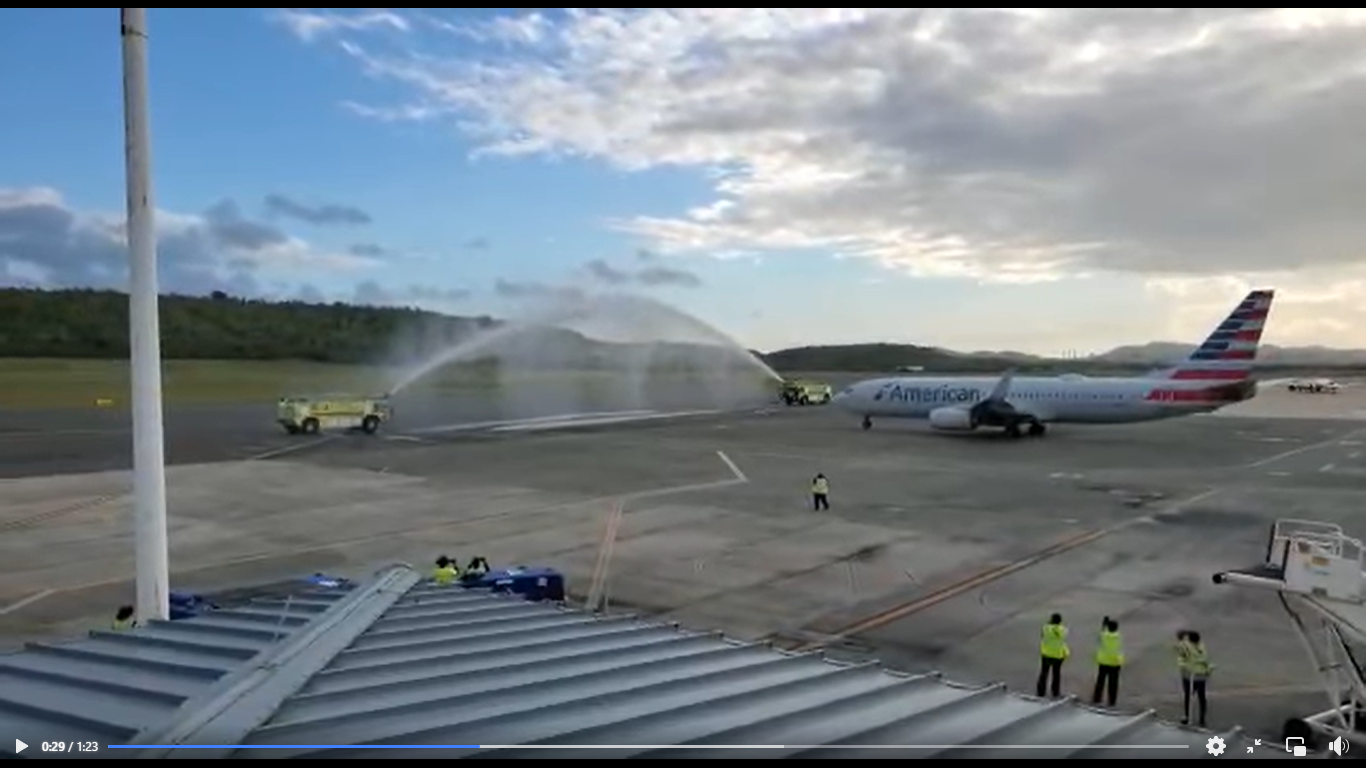 The VIPA ceremony was to bid farewell to American Airlines pilot Mark Sawicki in a rare honor for an individual person.

Mr. Sawiki is retiring after this American Airlines flight from St. Croix to Miami.

“We wish him all the best for his retirement and life’s new journeys,” VIPA said on Facebook today.

People on social media were enthusiastic about the tribute to Mr. Sawiki.

“As a career ARFF firefighter, I can think of no greater honor than performing these ceremonies!” John Cupell said on Facebook. “Well done VIPA crew and much deserved retirement Captain!”

“Thank you for your service,” Kathy Medoza said.