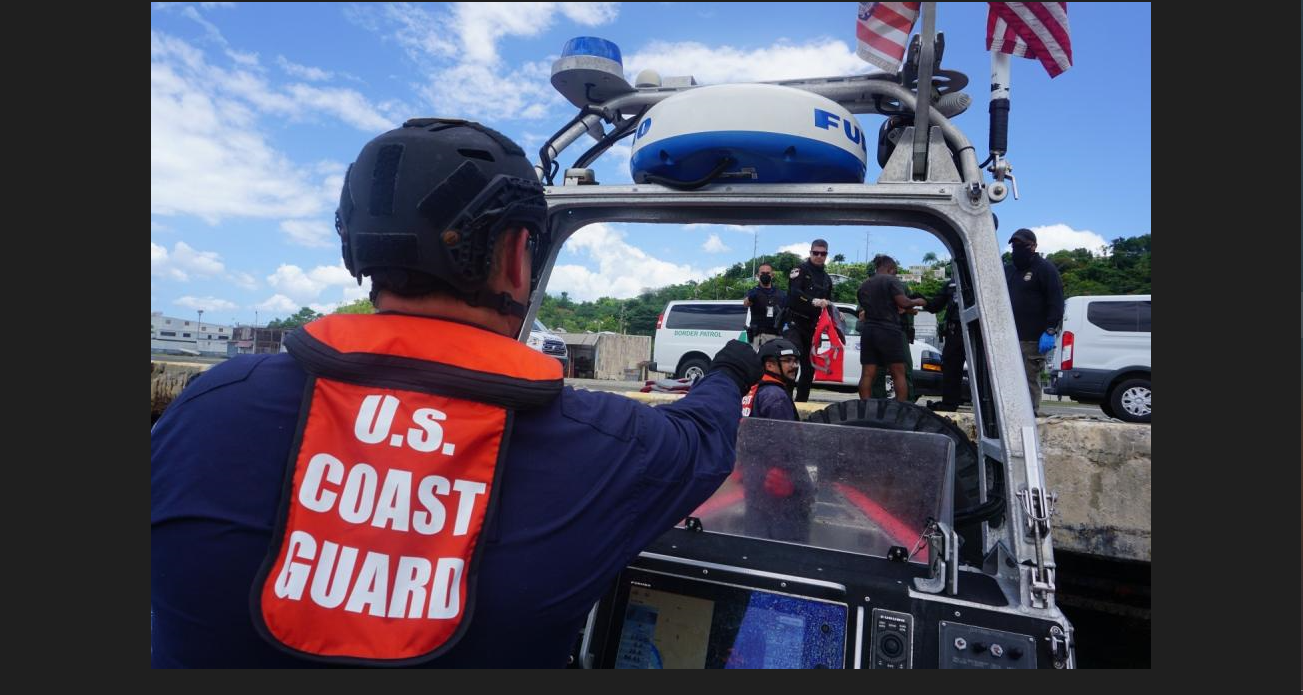 Among the survivors, there are two minors.

Puerto Rico Police Joint Forces of Rapid Action marine units also transported five deceased persons to the main island of Puerto Rico, who were traveling with the survivors and perished while struggling to reach shore. Department of Natural and Environmental Resources Park Rangers on Mona Island recovered their bodies from the water.

“While we are glad for the 68 survivors, we cannot lose sight of the fact that five lives were lost as a result of smugglers abandoning these people offshore in the dangerous waters that surround Mona Island,” said Capt. Jose Diaz, Sector San Juan commander. “Our deepest condolences to the family and friends of those who passed during this tragic incident. To anyone thinking of taking part in an illegal voyage, we urge you to not to take to the sea! Makeshift, unseaworthy vessels often grossly overloaded and unstable with no lifesaving equipment onboard, changing sea-state conditions, hypothermia, dehydration and drowning are just some of the dangers migrants face in this voyages.”

The survivors were received by awaiting Ramey Sector Border Patrol agents and CBP Field Operations Officers in Mayaguez, Puerto Rico. They will likely be returned to their nation of origin.