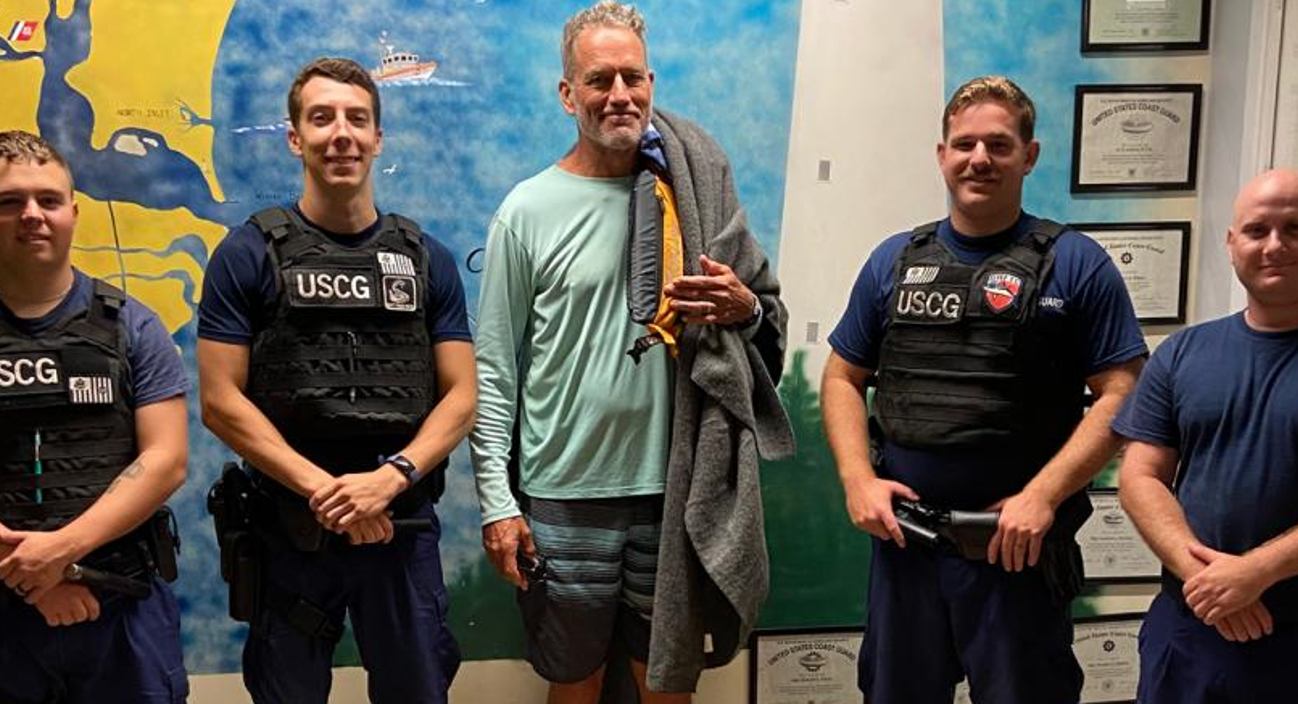 A good Samaritan contacted a Station Georgetown watchstander at 6:08 p.m., stating a vessel capsized and a man was in the water wearing a life jacket.

The responding Coast Guard boat crew rescued Hicks from the water and transferred him to Station Georgetown with no medical concerns.

“The crew responded quickly and effectively resulting in getting on-scene and recovering the boater,” said Petty Officer 2nd Class Joshua Hughes, Station Georgetown boarding officer. “The most helpful part of the case was that the boater was wearing his life jacket and stayed with the vessel.”