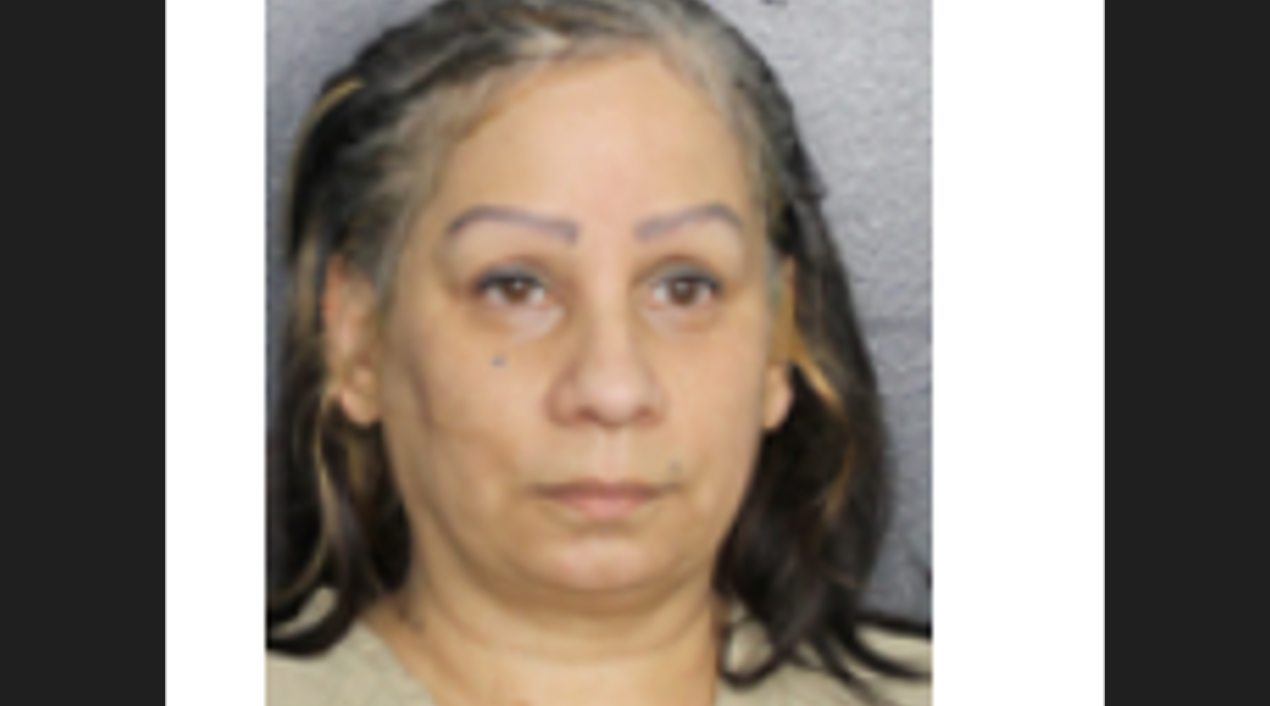 KINGSHILL —  A woman in Florida was arrested based on a Virgin Islands Superior Court warrant accusing her and a co-defendant of financial fraud and exploitation of an elderly man on St. Croix between 2018 & 2019, Virgin Islands Attorney General Denise George said.
Lissette Algarin-Felix, 52, waived an extradition hearing held in Florida and will be released from custody to VIDOJ special agents and transported back to the Virgin Islands to face the criminal charges, according to George.

On Friday, August 12, 2022, the U.S. Marshals Florida Regional Fugitive Task Force arrested her at her home in Davie, Florida based on an outstanding warrant from the U.S. Virgin Islands. She was taken into custody and transported to the Broward County Sheriff’s Office Jail Division. The USMS assisted the V.I. Department of Justice Special Investigations Division with the apprehension of Algarin-Felix.

She was apprehended on a warrant signed by Magistrate Judge Ernest Morris, Jr on March 10, 2022.

Algarin-Felix has been eluding the law since her brother Ricardo Algarin was arrested in March. Both are co-defendants in this matter. DOJ investigation revealed that the two defrauded the elderly man of over $70,000.

Algarin-Felix is charged with Obtaining Money by False Pretenses, Embezzlement,
Identity Theft, Forgery, and Counterfeiting, Filing or Recording Forged Instruments,
Conspiracy, Grand Larceny, Acting in Assumed Character, Intentional Access,
Alteration, Damage or Destruction, and Financial Exploitation of an Elder or Dependent Adult.
On April 6, 2022, VIDOJ Special agents arrested Ricardo Algarin, in Miami, Florida on similar charges. According to an affidavit in support of the arrest warrant, the
investigation revealed that the two made unauthorized transfers from several of the man’s bank accounts and used personal identification information to obtain money and other personal property. Another man Ricardo Felix was authorized by the victim to perform many duties including handling the elderly man’s personal affairs. Felix notified a family member that he had stopped receiving any of the man’s mail, including his property tax bills at his mailing address at the Kingshill Post Office on St. Croix. After an investigation, it was revealed that a change of address form was completed by someone who forged the man’s signature and as a result, the mail had been forwarded to Fort Lauderdale, Florida at the registered address of Lissette Algarin-Felix and her husband, who is the younger brother of the caretaker, Ricardo Felix.

It was also discovered that a Deed of Gift was on file at the Recorder of Deeds office naming Lissette Algarin-Felix as a granddaughter and granting the sole ownership of the victim’s home once his death certificate is filed. However, the victim did secure a will before his passing. The will signed and notarized did not list Lissette Algarin-Felix or Eddie Felix as beneficiaries.
The will listed Ricardo Felix, his caretaker as the recipient of the property and a

“Justice!!! Because Money And Greed gets you NOWHERE! People forget one day (that’s if the Good Lord allows) you will become an elderly and require help,” Yvonne Sanes Davis said on Facebook.

The victim suffered from many ailments and eventually passed away on November 6, 2019.
“Financial abuse and exploitation of the elderly are among the most egregious of crimes because it involves taking advantage of some of our most vulnerable persons in our community.” AG George said. She reminds the public that any person charged with a crime in the U.S. Virgin Islands is deemed innocent until proven guilty in a court of competent jurisdiction.