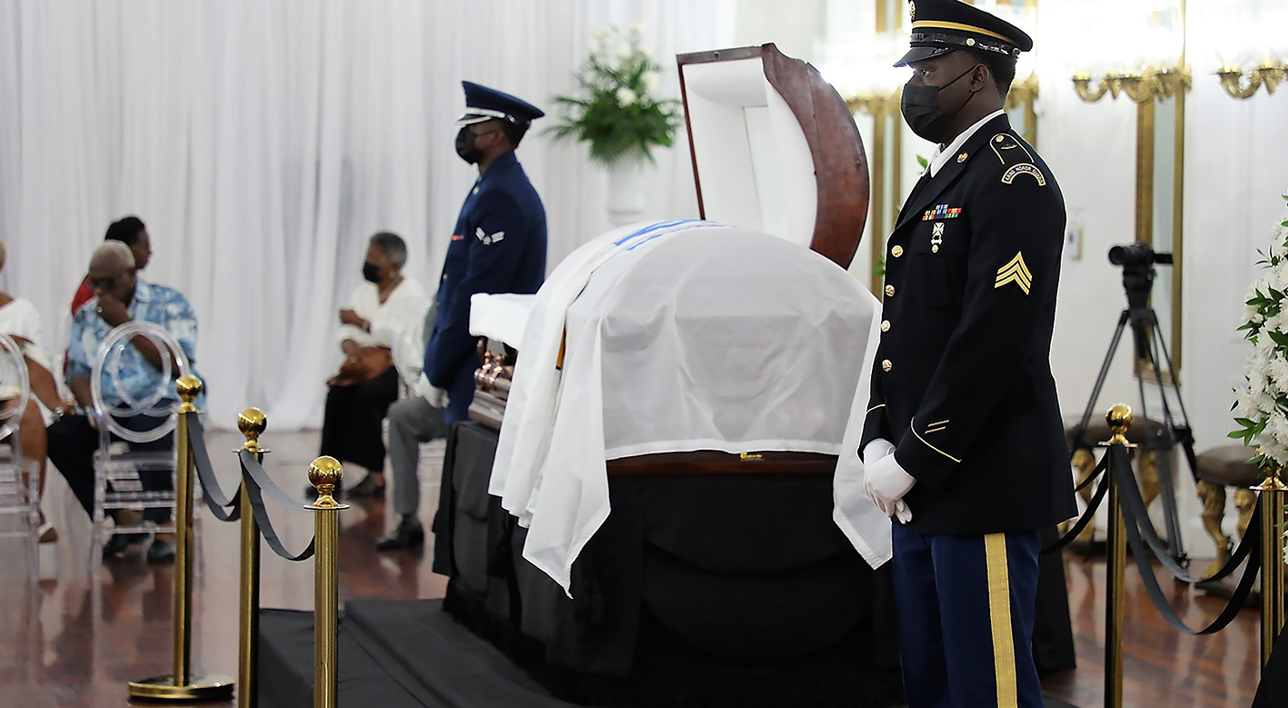 CHARLOTTE AMALIE — Here is the schedule of events in honor of Governor Charles W. Turnbull, whose body will lie in state at The Battery on St. John today and at Government House on St. Thomas tomorrow.

A public viewing took place at Government House on St. Croix on Wednesday.

There also is a candlelight service planned that will take place at Emancipation Garden on St. Thomas, as well as a funeral service at Christchurch Methodist and interment at Eastern Cemetery, followed by a repast at Fort Christian on Saturday on St. Thomas.

According to Governor Albert Bryan’s proclamation, the U.S. and Virgin Islands flags on public buildings and grounds are to be flown at half-staff until sundown, Saturday, August 13, 2022.

Governor Bryan also is asking all owners of all private and federal buildings in the Territory to fly their flags at half-staff “in honor of Governor Charles Wesley Turnbull, who dedicated his life to the field of education, the preservation of our Caribbean history, and to the people of the Virgin Islands. His commitment to public service, including two terms as Governor of our Territory, will be so honored,” the Governor’s proclamation states.

The schedule is as follows:

•         August 12: Governor Turnbull will lie in state at Government House on St. Thomas from 10 a.m. to 2 p.m. (Parking will be at Fort Christian parking lot, and shuttle service will be provided to and from Government House.)

•         August 12: A candlelight vigil will take place in Emancipation Garden on St. Thomas from 6:30 to 8:30 p.m. Those wishing to give a brief two-minute tribute should RSVP to [email protected].

Members of the public are invited to attend all events.