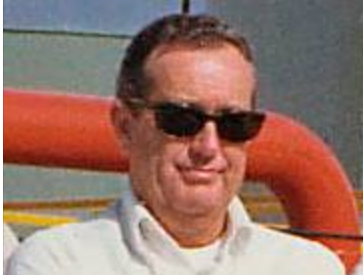 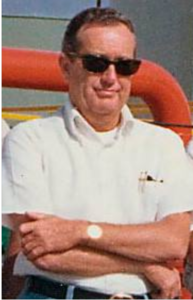 Wright was the President and Chief Operating Officer of Amerada-Hess Corp, from 1986 to 1995.

In 1966 Hess transferred Wright to its St. Croix facility where he was instrumental in building its refinery which remained the largest in the world for years.

“(Hank) Wright, a native Texan, quickly developed a reputation as someone who could get things done,” from the book Hess: The Last Oil Baron. “He would grill employees who didn’t have the right answers and was feared, particularly by junior employees.”

As an Amerada-Hess Senior Vice President in the 1970s and early 1980s, Wright was responsible for all its refining and distribution operations.

“It was just an amazing puzzle, watching all these things come together,” early Hess Oil Virgin Islands employee John West said about the building of the oil refinery in Estates Blessing and Hope in St. Croix circa 1963. “With Hank Wright running this thing, you just had to have someone who was precisely competent and capable.”

Wright was born in Robstown, Texas on May 10, 1925 to Edwin Daniel and Kathryn Smith Wright. He was awarded the Purple Heart for service in the Korean War as an artillery forward observer with the Second Infantry Division at the Battle of Wonju. In 1955, Wright graduated from Texas A&I University with a Chemical Engineering degree.

Mass of Christian Burial Wednesday, August 9 at 9:15 am at Church of St. Catharine, 108 Middletown Road, Holmdel. Burial to follow in St. John Cemetery, Queens, NY. To share a favorite memory or message of condolence, please visit Hank’s page of tributes at www.holmdelfuneralhome.com.