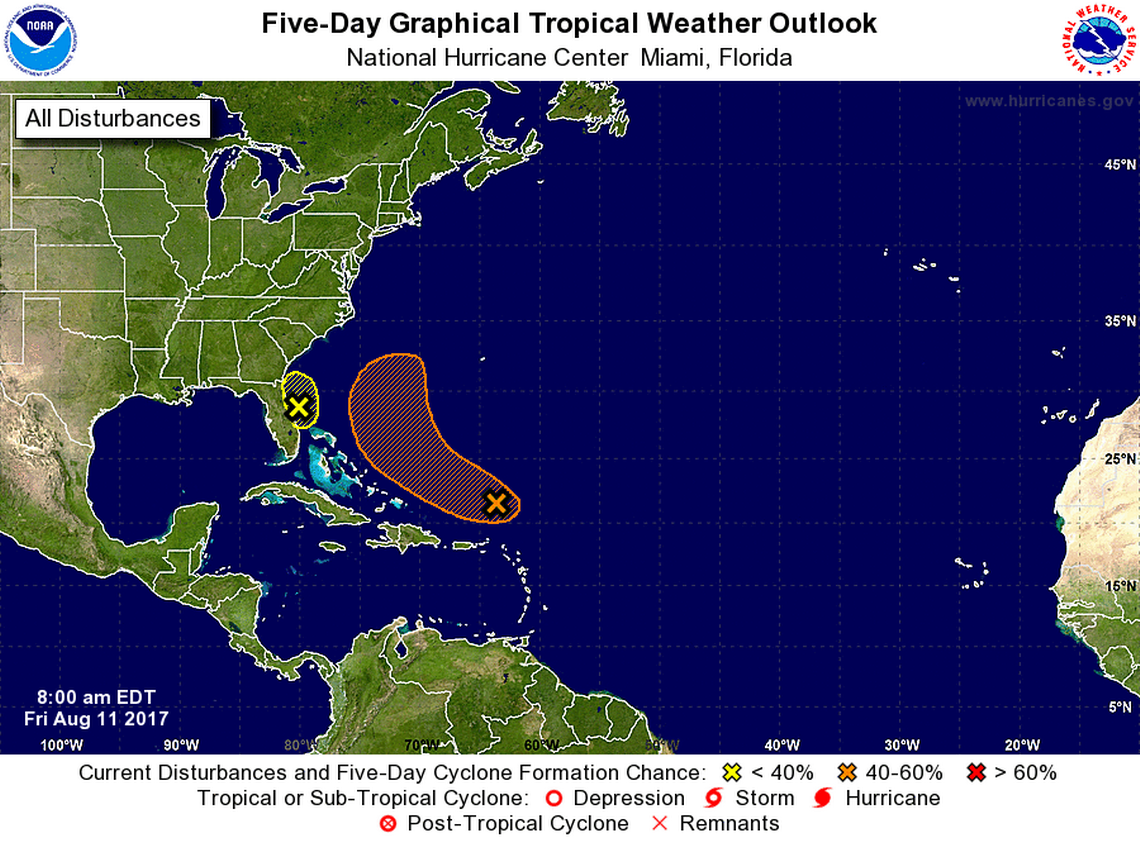 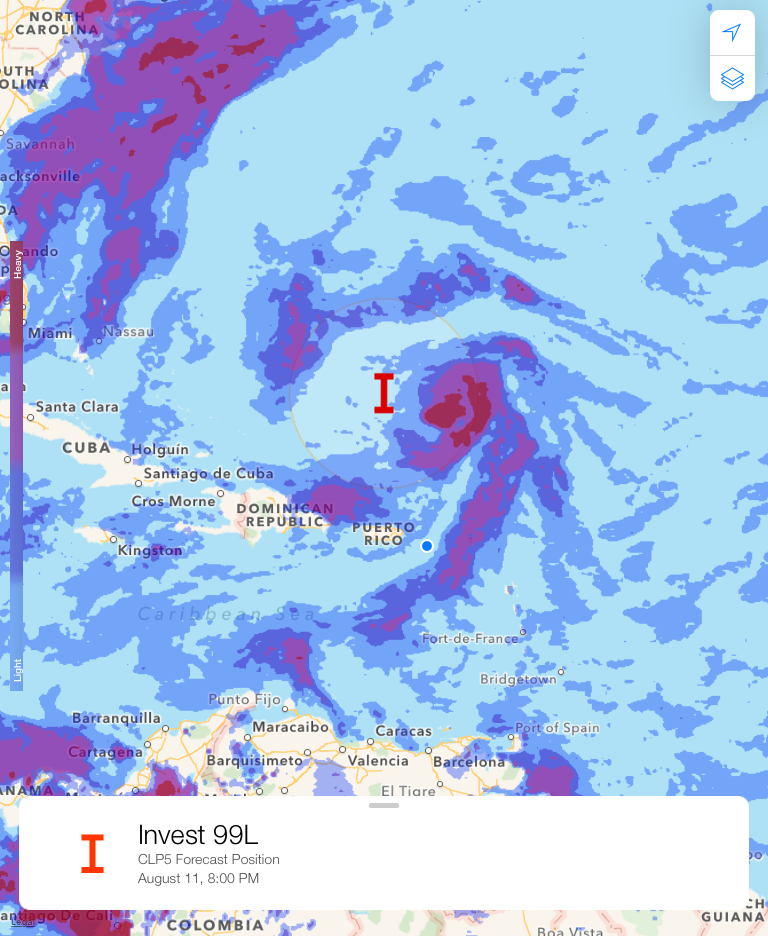 MIAMI — The tropical wave Invest 99L has passed by the Virgin Islands and was 395 miles away from St. Croix as of 10 a.m. on Friday — further away than it was Thursday morning.

It is now churning across the Atlantic has become better organized and could strengthen over the weekend as it encounters more favorable conditions, National Hurricane Center forecasters said Friday.

Located a couple hundred miles north of the Virgin Islands, the clump of bad weather became better defined overnight, prompting forecasters to up the odds of a tropical cyclone over the next five days to 50 percent.

Strong wind shear, which would normally smother a hurricane, is expected to weaken as the wave continues rolling to the northwest, north of Puerto Rico and Hispaniola, forecasters said.

There’s also still a chance that dry air in the region could limit the intensification of thunderstorms. The system is expected to continue heading to the northwest today, then turn north over the weekend.

A second system off the coast of central Florida is more likely to be held in check by strong wind shear, forecasters said. However, as it moves north it’s likely to dump heavy rain.

Earlier this week, forecasters with the National Oceanic and Atmospheric Administration upped their prediction for hurricanes this year after early season conditions in the Tropical Atlantic and Caribbean hinted that more storms are likely.