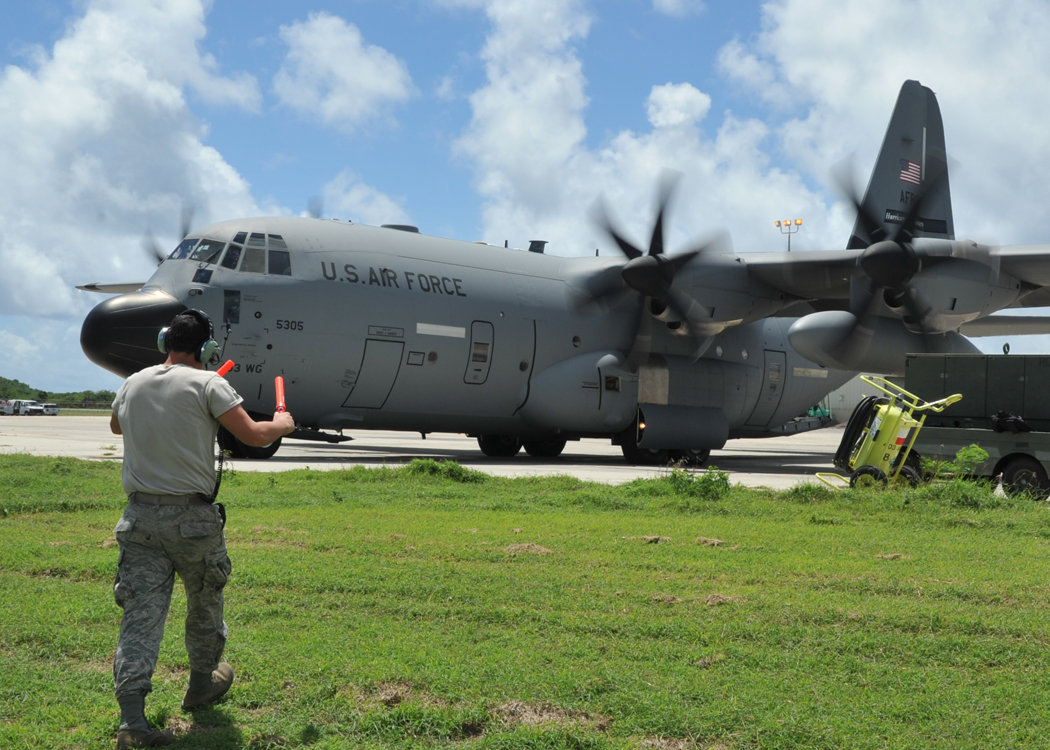 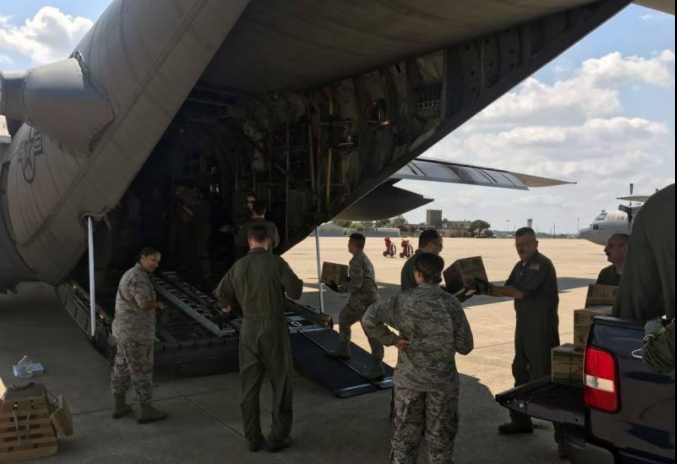 FREDERIKSTED — As Hurricane Irma bears down on the region, the Illinois National Guard has sent a C-130 aircraft and crew to the territory to deliver key response capabilities to the islands ahead of the storm.

The C-130 Hercules aircraft, with seven crew members, flew out of its base in Peoria, Illinois near midnight, Sept. 2, flying to Colorado to pick up a National Guard Bureau Joint Enabling Team and then delivered it to the Virgin Islands.

The JET assists in coordinating needed support to areas effected by natural disasters or other emergencies through advanced communications equipment and experts in disaster response operations, intelligence, logistics, personnel and public affairs.

This is the second C-130 cargo airplane to respond to a hurricane relief mission on federal orders in the past few days. On Thursday, a C-130, also from the Peoria-based 182nd Airlift Wing, joined the federal Hurricane Harvey relief and recovery efforts and has been transporting people, supplies and equipment.

As of early Saturday morning, that crew had transported more than 60 evacuees out of danger including 20 children, four disabled adults and some 3,000 pounds of personal belongings and had delivered more than 7,500 pounds of relief supplies and equipment.

In addition, two Airmen from the Springfield-based 183rd Wing,183rd Air Mobility Squadron traveled on Sept. 1 to Tyndall Air Force Base in Florida to assist 1st Air Force in the operations center that is coordinating the Air Force’s portion of the relief efforts.

“Like their forebears, the Minutemen, these Airmen have put their regular lives on hold to help our neighbors in need,” said Maj. Gen. Richard J. Hayes, the Adjutant General of the Illinois National Guard. “We thank them for their service and we thank their families and employers.”

There are now two Illinois Air National Guard C-130 aircraft and 16 Airmen involved in the federal relief and recovery mission. 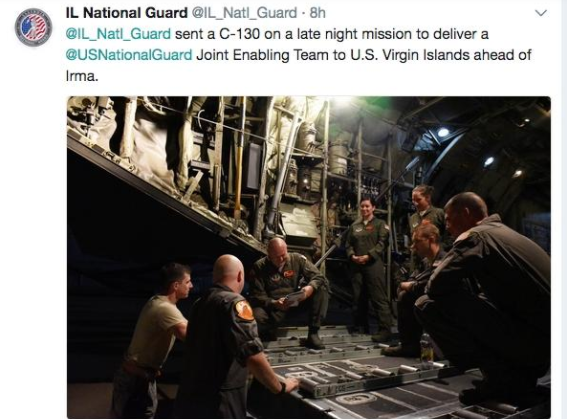