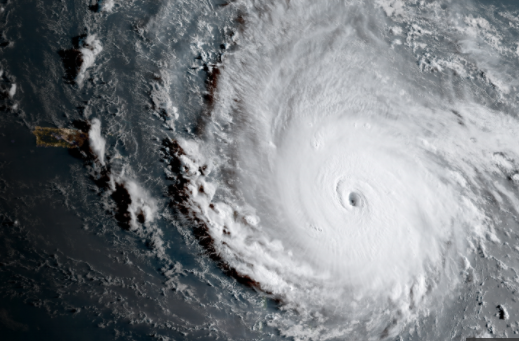 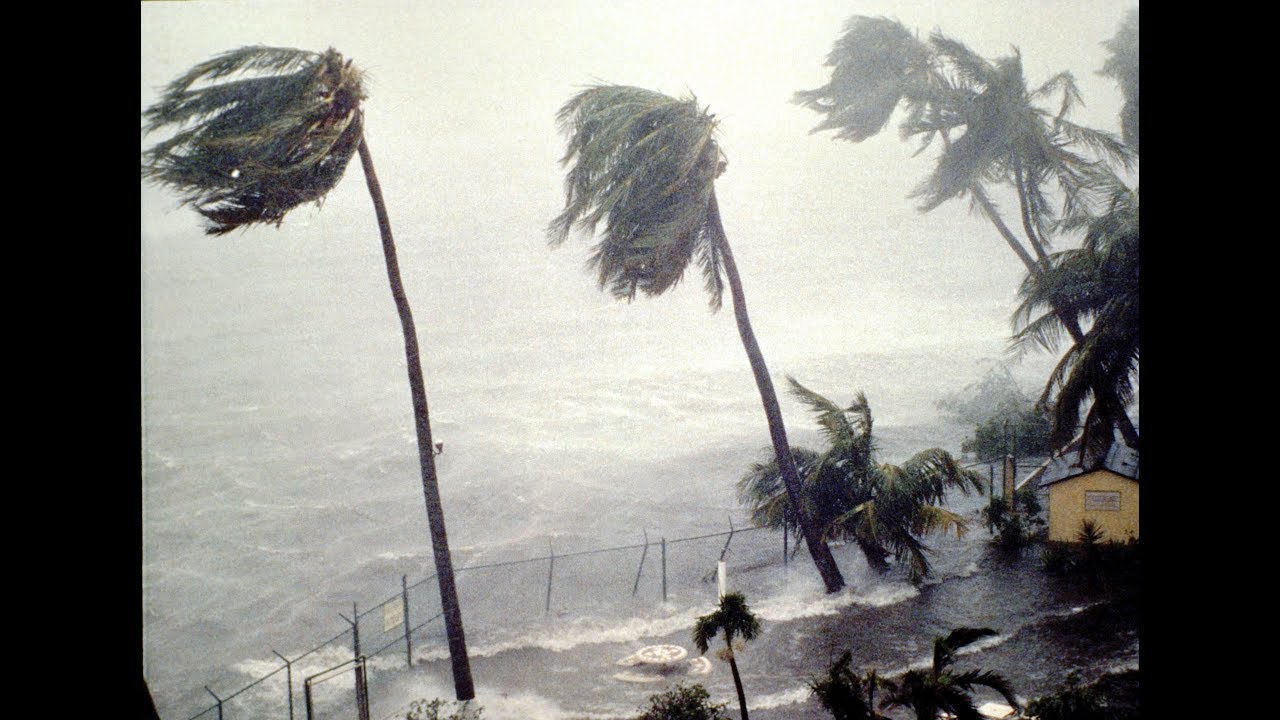 In St. Thomas people were praying that their roofs hold up through the storm. The Roy L. Schneider Medical Center & Hospital had the windows on its two top floors blown out by the Category 5 storm.

In Puerto Rico, some residents were preparing to be without electricity for four to six months.

Amid preemptive emergency declarations and evacuations, battened down homes and prayers for God to “protect us all,” dangerous Hurricane Irma was upon them.

By Wednesday afternoon, the eye of the storm was moving away from the Virgin Islands and hitting parts of Puerto Rico with hurricane-force winds.

A two-year-old child was confirmed dead on Barbuda, a tiny island of 1,700 residents that was “totally demolished,” according to Prime Minister Gaston Browne. Another death was reported in Anguilla, and at least six people died in St. Martin.

The U.S. Navy has also begun evacuations of all patients at the Schneider Medical Center to a waiting medical hospital vessel on Thursday due to the devastating effects of Irma on that facility, the Virgin Islands Free Press has learned.

The hurricane’s 185 mph maximum sustained winds are the strongest recorded for a landfalling hurricane in the Atlantic Ocean, tied with the 1935 Florida Keys hurricane, as the Capital Weather Gang reported.

Irma’s eye passed over Barbuda about 1:47 a.m. Wednesday, according to the National Weather Service.

Residents said over local radio that phone lines went down. Heavy rain and howling winds raked the neighboring island of Antigua, according to the news service, sending debris flying as people huddled in their homes or government shelters.

On the French Caribbean islands of St. Martin and St. Barthelemy, residents were ordered to remain inside and not venture out under any circumstances. The French Ministry of Interior issued the highest possible alert for both islands because they appear to be in Irma’s path. Schools, public services and ports on both islands closed their doors.

On Sint Maarten, part of the same island as St. Martin, the “Maho Beach Cam” — a live stream that typically shows the dramatic airplane landings at the adjacent Princess Juliana International Airport — showed Irma pummeling the popular tourist attraction with roaring winds and rainfall so thick only the blurs of a few streetlights were visible.

Two other French Caribbean islands of Guadeloupe and Martinique were placed under a more moderate alert.

Ahead of the storm’s arrival, one meteorology expert issued this grave prediction: “The Leeward Islands are going to get destroyed,” said Colorado State University professor Phil Klotzbach.

“I just pray that this thing wobbles and misses them,” Klotzbach said. “This is a serious storm.”

By 8 a.m. Wednesday, the National Hurricane Center said the eye of the storm was passing over St. Martin, and that the northern eyewall was “pounding” Anguilla, a 16-mile-long slip of land known for its velvety beaches and usually serene turquoise waters.

Employees at the island’s Radio Anguilla hunkered down in their station as winds howled outside. Their radio had gone down, so early Wednesday, station announcer Nisha Dupuis began streaming a makeshift broadcast using Periscope. As she spun the camera around the room, staff members — some looking somber, one wearing rain gear — repeatedly described the storm as “devastating.”

Their building was taking on water, and at least one tree had been uprooted in the station’s parking lot. Dupuis asked Keithstone Greaves, the station’s program manager, why he had come to work even as a Category 5 hurricane had loomed.

“For the people. For the country,” Greaves said. “We are broadcasters. We are technical people, and in a situation like this, people need to be informed.”

As they spoke, a persistent wind could be heard rattling the building.

“We are in a lot of distress here on Anguilla,” Dupuis said.

Portions of the roof flew off Princess Alexandra Hospital in the Valley, the capital city, but the patients all are safe, said Sherlan Richardson, a physician there.

“I believe the worst part of the hurricane has passed,” he said via Facebook Messenger shortly before 10 a.m., “but this one is a monster.”

In Puerto Rico, Rita Hernandez, 40, who lives in the Hato Rey neighborhood of the island’s capital, San Juan, has been prepping since Sunday night — buying groceries, plywood for the windows and rope to hold down the stand-alone basketball hoop in the front yard. The Walgreens on Avenida Munoz Rivera was relatively quiet Wednesday morning with only a few people picking up last-minute snacks and toiletries — what was left of them. That’s in contrast to the 45-minute wait the day before at the local hardware store to buy gas, gas-powered stoves and plywood.

Hernandez woke up early Wednesday to move plants and outdoor furniture indoors and to get knickknacks away from the windows, which are now boarded up.

Weather was relatively calm most of the morning — unusually cool with a pleasant breeze and only thick gray clouds and occasional showers hinting at what’s to come. By midmorning, the neighborhood was under a constant drizzle.

Shortly before 1 p.m., the National Weather Service San Juan said the eye of the hurricane was closing in on the U.S. Virgin Islands.

Gov. Kenneth Mapp, at Government House in St. Croix, ordered a curfew lasting at least 36 hours — “to ensure safety for all.”

“This is not an opportunity to go outside and try to have fun with a hurricane,” Mapp warned. “It’s not time to get on a surfboard.”

Mapp incurred the wrath of conservatives by ordering all guns to be confiscated by the Virgin Islands National Guard (VING), then backtracked on the statement to Fox News’ Tucker Carlson, saying that he only meant that guard members could buy guns at gun stores throughout the territory. But no island in the territory — St. Thomas, St. John or St. Croix has a gun store licensed to sell weapons.

According to the Associated Press:

Bahamas Prime Minister Hubert Minnis said his government was evacuating the six islands in the south because authorities would not be able to help anyone caught in the “potentially catastrophic” wind, flooding and storm surge. People there would be flown to Nassau starting Wednesday in what he called the largest storm evacuation in the country’s history.

“The price you may pay for not evacuating is your life or serious physical harm,” Minnis said.

When Antigua’s airport was closed Tuesday, visitors were sent away with advice to seek protection from the storm, as well as a prayer: “May God protect us all.”

Andrea Pujols, 26, lives in Guaynabo, near San Juan. Pujols said on Tuesday night as she and her 55-year-old father, Edwin, raced to the airport to retrieve her mother, who was returning home from a trip to Pittsburgh ahead of the storm, having refused to let her family ride out Irma without her. The three will be holed up at home with Pujols’s grandmother and dog, Lady.

In and around their city, which is not expected to see much flooding, Pujols said, several churches have opened as shelters for those who’ve evacuated already — and for those forced to do so later.

To prepare, the Pujols family stocked up on canned food, water and fuel for their small generator. It provides enough power to run some lights and fans, which in the absence of air conditioning should offer mild reprieve from the wilting tropical air.

They’ve even filled several large garbage cans, anticipating water and sewer service will be disrupted “for who knows how long,” Edwin Pujols said.

The government began evacuating areas in the north and east of the island that are susceptible to flooding. Meanwhile, the director of Puerto Rico’s power company warned that Irma could leave some areas without electricity for as long as four to six months, according to the Associated Press.

“We are hoping for the best but of course preparing for the worst,” Puerto Rico Gov. Ricardo Rosselló said Wednesday on CNN.

“We are working with the most vulnerable populations,” he said. “Our team worked the past week to identify those in potentially critical flooding areas so that we can start moving people and get them in the mind-set that this could be a very tough storm.”

Farther east, municipalities throughout the U.S. Virgin Islands are bracing for destruction like its 107,000 residents have not experienced since Hurricane Marilyn in 1995 and, very possibly, Hurricane Hugo in 1989. Both storms — Marilyn hit St. Thomas as a strong Category 2, Hugo struck St. Croix as a Category 4 — claimed lives, leveled homes and businesses, and knocked out basic services for months.

Non-voting Delegate to Congress Stacey Plaskett, who represents the territory in Congress, said on Tuesday night that the Federal Emergency Management Administration has personnel pre-staged there to help launch recovery efforts once the storm passes.

The White House declared a state of emergency there earlier in the evening, but Plaskett, a Democrat, called Irma “a local issue,” and insisted the local government has the lead in ensuring a swift, orderly response.

Of principal concern, she said, are the islands’ hospitals, many of which have lacked enough in federal funding to complete desired building upgrades that would fortify them against severe weather. What money is given to the Virgin Islands through Medicare and Medicaid is prioritized for patient care, she said.

The Navy is ready to deploy a hospital ship and medical personnel if such help is needed, Plaskett said.

laskett said she’s worried about storm surge and how it will affect those who rely on cisterns, large tanks that collect and store rainwater for cooking, showering and flushing toilets. She’s worried about the islands’ power grid — “We have some difficulty with electricity as it is,” she noted — and the islands’ communications network. She’s worried whether residents remembered to charge their cellphones and have enough backup batteries to keep their radios powered.

“My greatest concern right now,” the congresswoman added, “is that people stay indoors.”

With Irma expected to thrash south Florida, where mandatory evacuations were ordered Tuesday, some Virgin Islanders were nervous that federal assistance would become less of a priority once the storm affects the continental United States.

Michael Resch, 59, whose father built St. Thomas’s Island Beachcomber Hotel in 1957, remembers the painful recovery from Marilyn and Hugo, when the power went out for several weeks.

“To tell you the truth,” he said, “we’re kind of like the forgotten child here. Every time they talk about Irma, it’s all, ‘Florida, be prepared.’ St. Thomas never gets mentioned.”

“If there’s a good thing about being on an island in a hurricane, it’s that the storm doesn’t get stuck over the land,” Resch said, a reference to the days-long battering that Texas took late last month during Hurricane Harvey. “It’ll be gone in 12 to 20 hours. But Mother Nature —”

And then Resch paused.