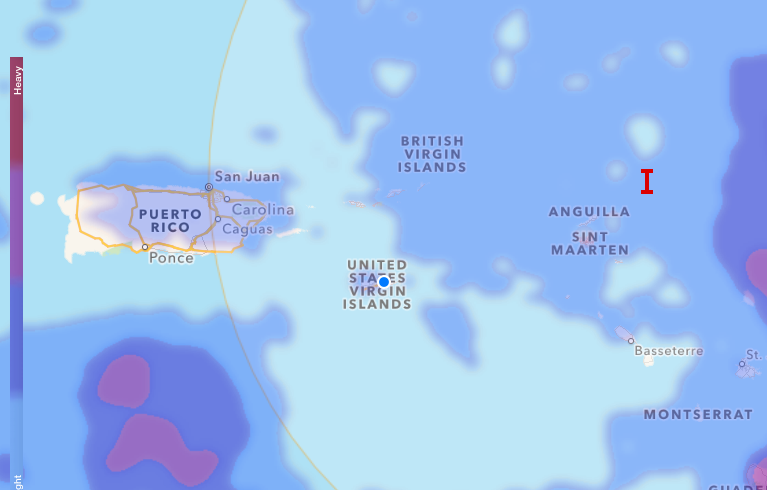 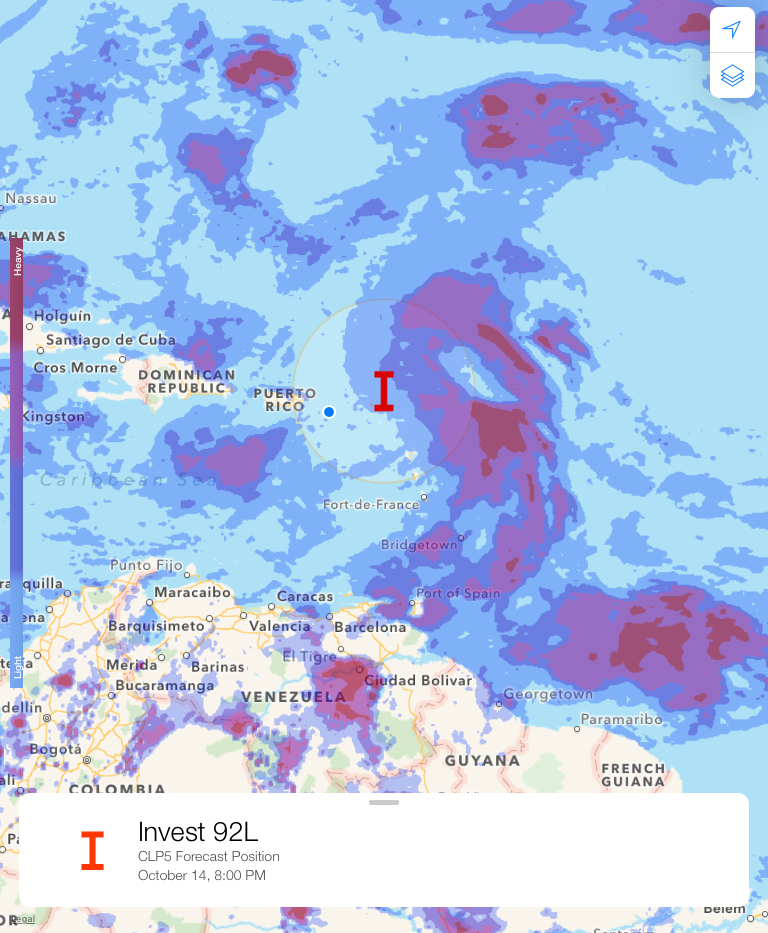 But there is a weak tropical disturbance in the Atlantic, just east of the Virgin Islands and Puerto Rico — it has been dubbed Invest 92L.

A tropical disturbance is a cluster of thunderstorms that moves as a group, but does not have circulation.

These are common in the Atlantic in hurricane season.

This one has a low chance of strengthening into a tropical depression or tropical storm. Steering winds may take it over the northeastern islands of the Caribbean, mainly as showers and thunderstorms, before it turns northward in the Atlantic.

Most tropical disturbances do not become depressions. Technology lets us see more of these than ever before.

Hurricane Ophelia is in the eastern Atlantic on a path that will take it east or near the Azores, before pointing toward Ireland early next week as a storm system that may not be a hurricane but may still have hurricane-force winds.

Check in with the 2017 Virgin Islands Free Press Storm Tracker or follow us on Facebook for hourly updates on the  status of tropical depressions, tropical storms, or hurricanes.

Hurricane season runs through the end of November. Sometimes a hurricane or tropical storm will linger into December. 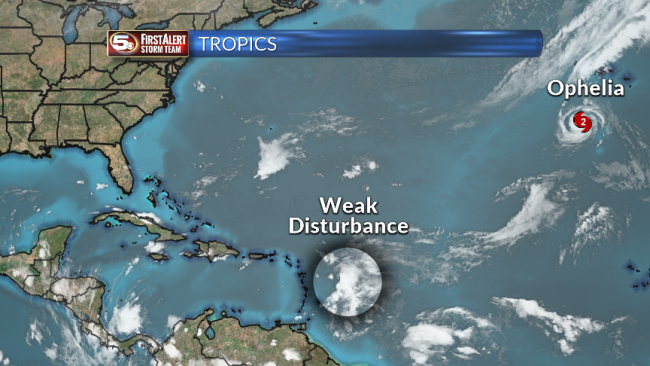