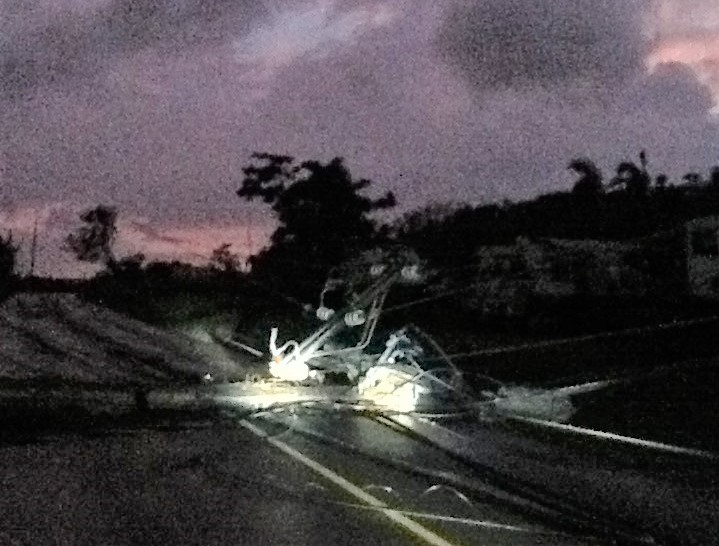 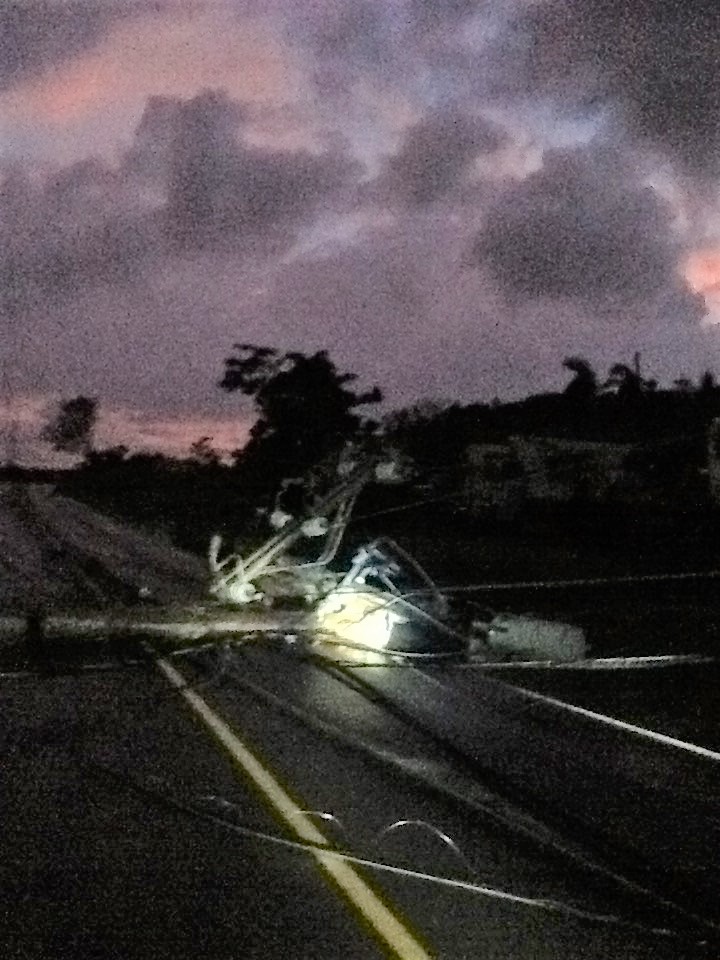 POLE BLOCKED: A utility pole rests in the middle of the East End Road after an unidentified motorist drove into it knocking it down onto the ground. People coming from the East End could not pass as they got close to the Eastway Service Station near Tide Village. (V.I. Free Press Photo)

CHRISTIANSTED — An errant motorist drove into a utility pole on the East End Road about 9 p.m. last night and then careened into another pole before striking some tree debris and coming to a stop in front of Mango Court Villas.

Police on the scene said the result of the accident left one utility pole right in the middle of the East End Road east of Eastway Service Station near Tide Village.

The scene was made worse by at least two westbound motorists who tried to drive around the pole and got stuck in the mud at the side of the road.

A third motorist got stuck in the lines attached to the downed poles and dragged more wires down on the scene before driving off without passing the pole attempted to go west.

At night, a Virgin Islands Police Department (VIPD) marked vehicle kept its lights flashing all night and into the early morning hours to warn motorists of the driving danger and inform them that they had to turn around.

The impasse did not keep motorists coming out of Tide Village from turning left (west) and driving towards Christiansted.

No injuries were reported although the motorist was able to flee the scene before police arrived. 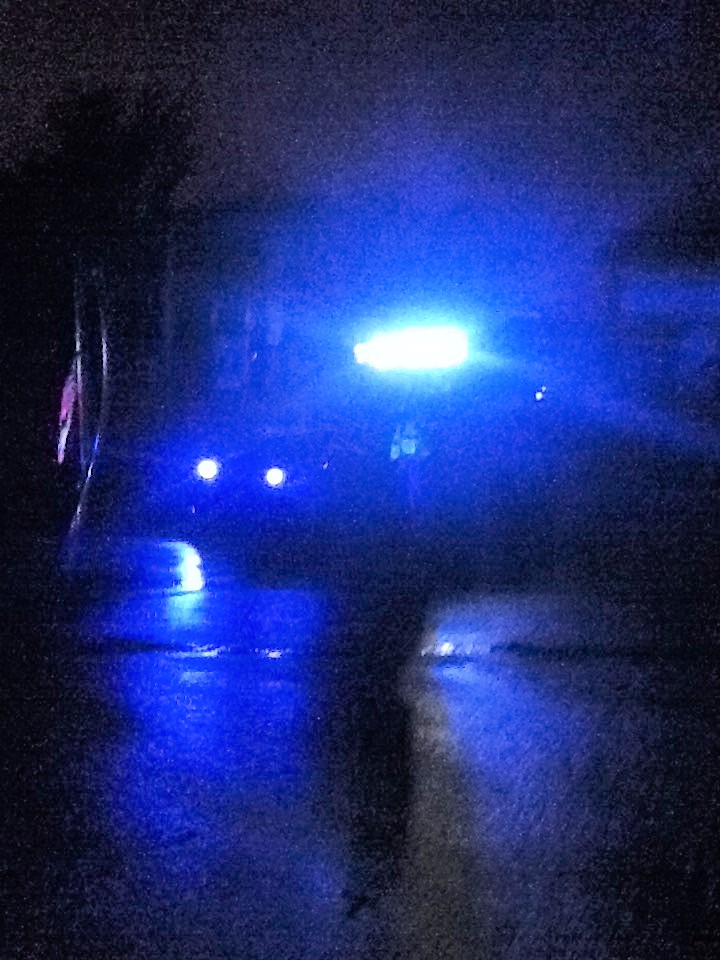 DRIVER’S WARNING: A marked Virgin Islands Police Department (VIPD) vehicle with an officer standing by warns motorists that the East End Road is temporarily blocked. The road was still blocked Sunday morning when these pictures were taken. 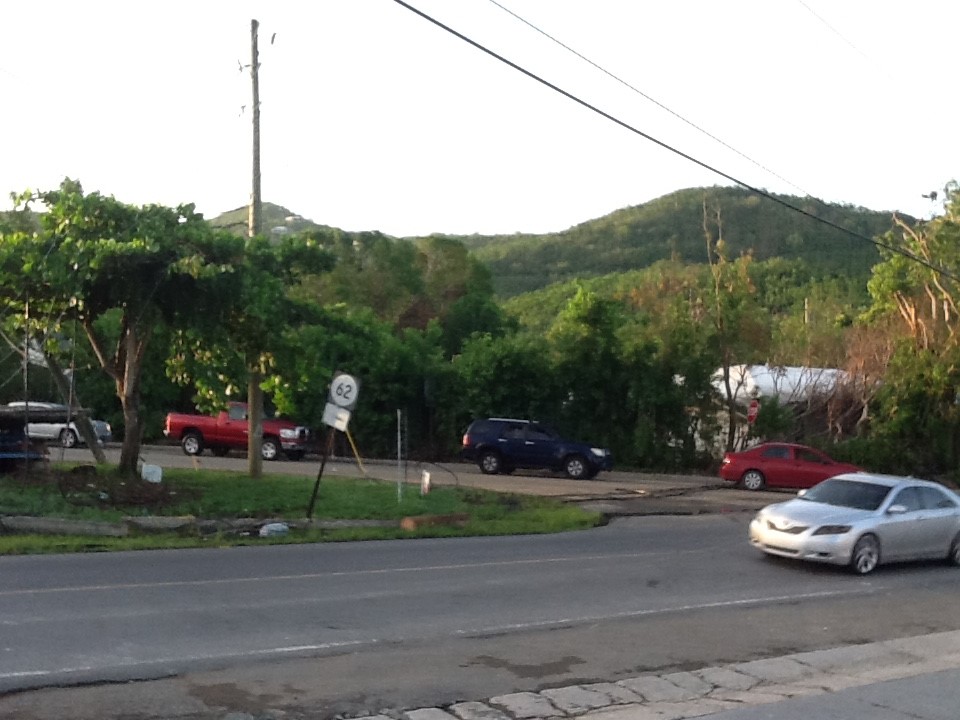 POLE REMOVED: By Sunday morning, crews from the U.S. mainland had removed the pole.