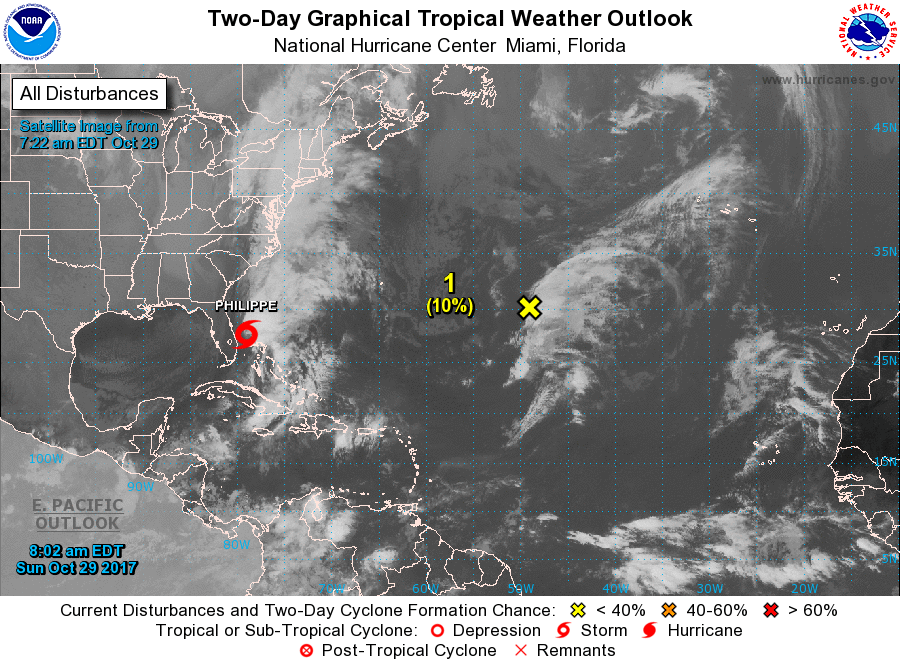 MIAMI — Tropical storm Phillipe has formed in the Caribbean, becoming the 16th named storm of the 2017 hurricane season.

It is expected to bring heavy rains to central and western Cuba, spreading northward across the Florida Keys and south Florida.

In the meantime, St. Croix was reporting consistent rainfall on Sunday morning.

Philippe’s maximum sustained winds as of th 5:00 p.m. advisory are 40 miles per hour, and the storm is moving north at 29 miles per hour.  The National Weather Service in Ruskin has issued a Flood Advisory for West central Charlotte County and South central Sarasota County.

Go to the Virgin Islands Free Press Facebook platform for continued updates on Phillipe’s track throughout the weekend. 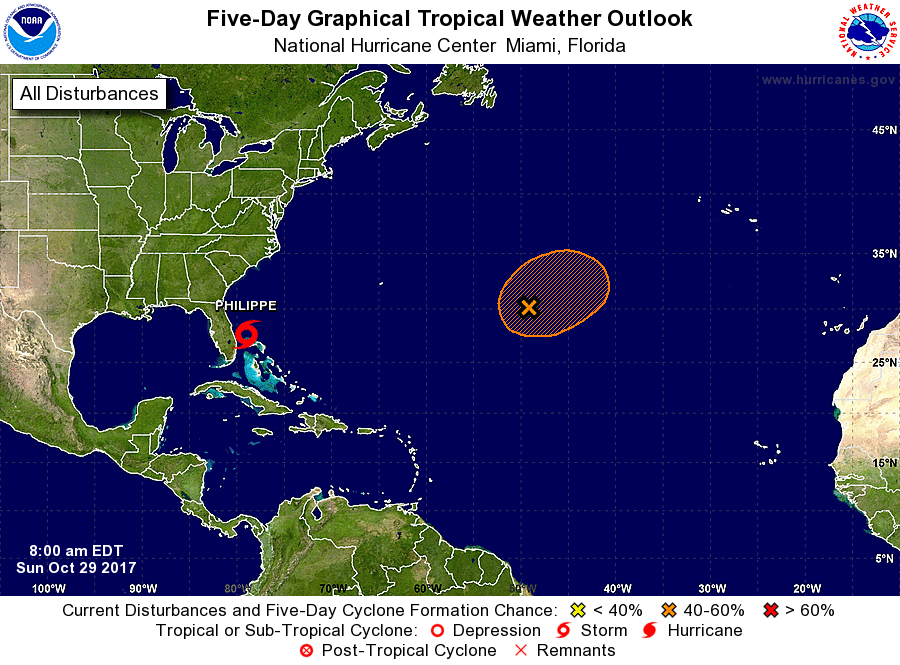 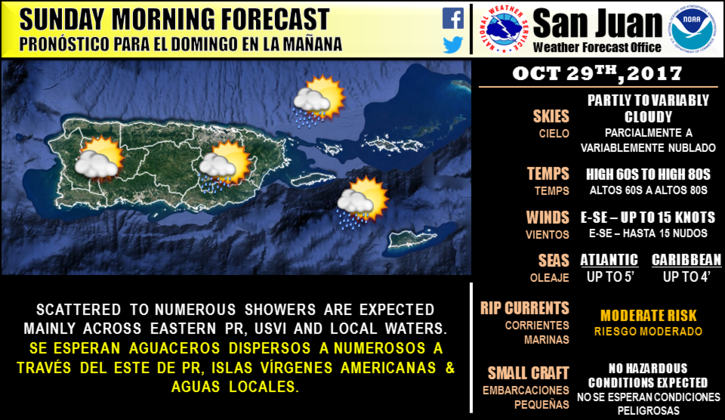 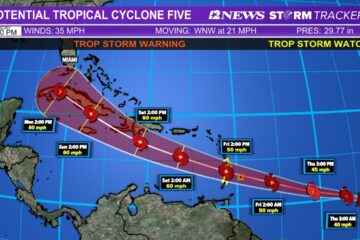