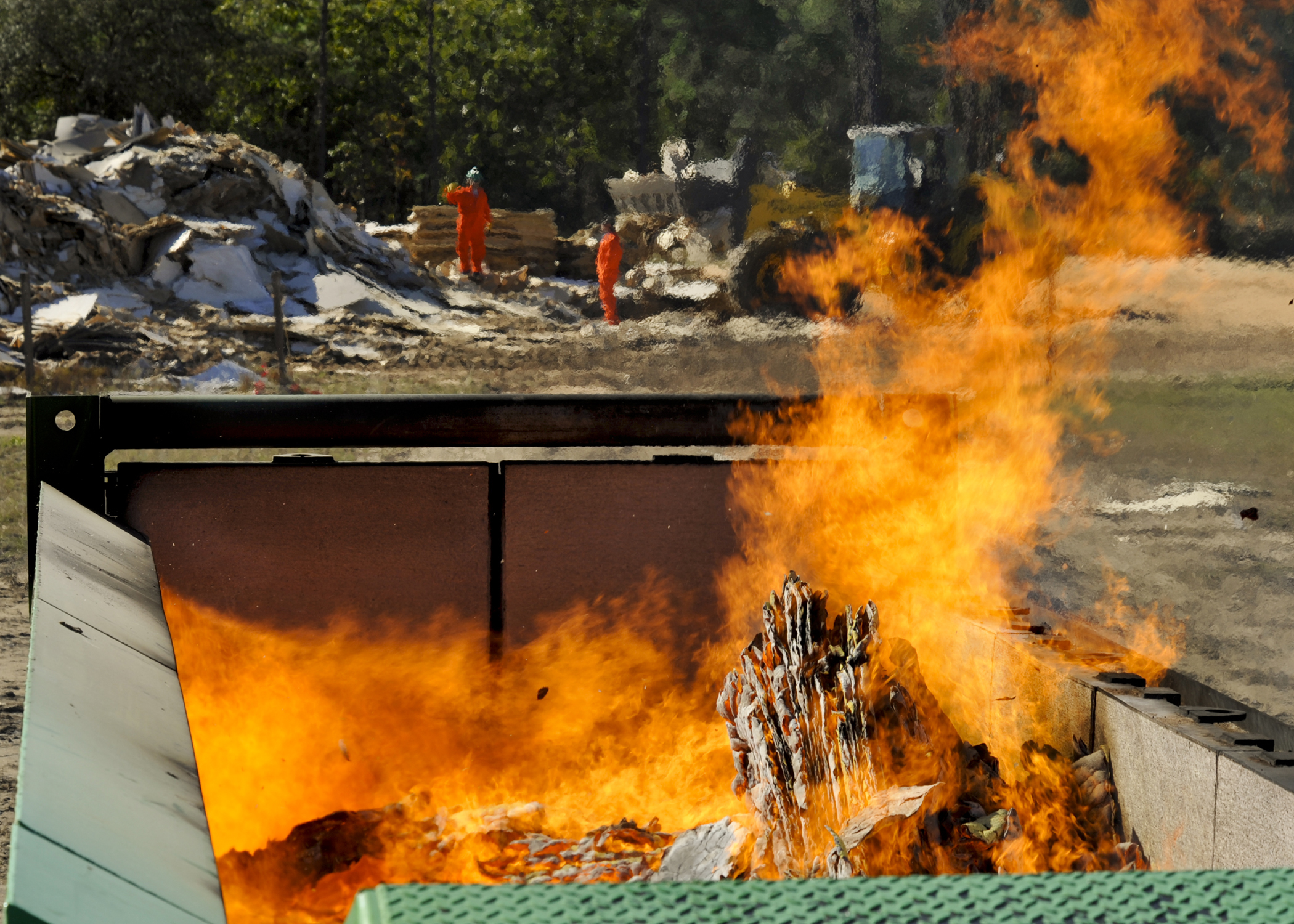 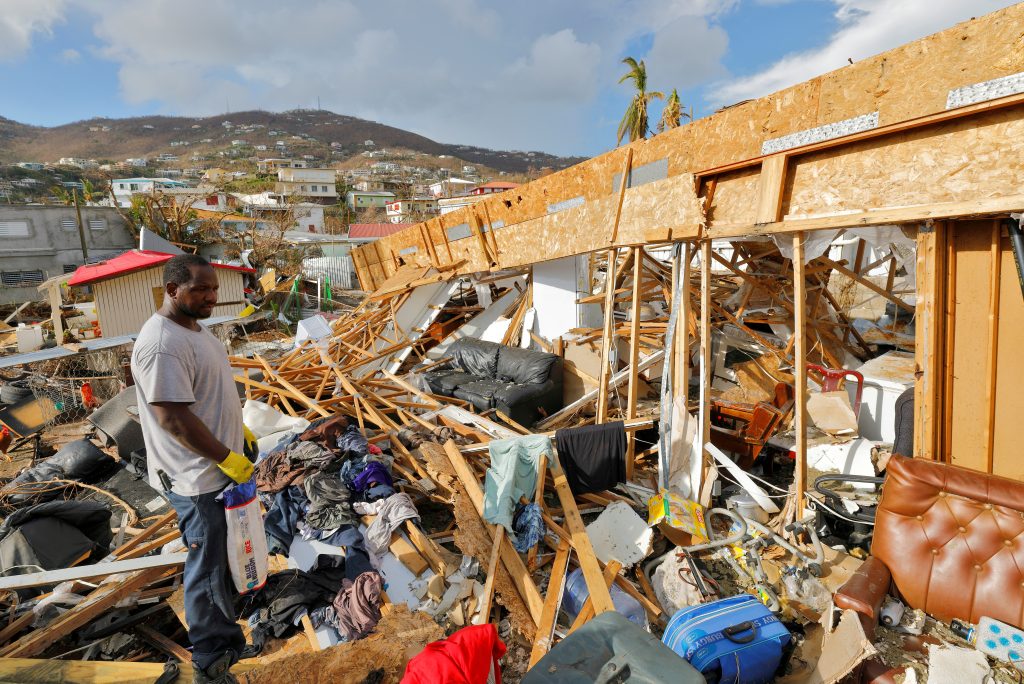 CRUZ BAY – As the USVI picks up the pieces from the ravages of two back-to-back Category 5 hurricanes, Island Green Living Association said that it “urgently pleads with Gov. Kenneth Mapp and members of the Legislature to resist pressure from FEMA and the U.S. Army Corp of Engineers (CoE) and BAN the incineration of hurricane debris.”

The majority of debris is clean wood from fallen trees, limbs and other vegetation. The Federal Emergency Management Agency (FEMA) and the U.S. Army Corps of Engineers have influenced our green governor to reverse his original stance and the potential health and environmental implications of local burning, a process that will take a year or more, are serious, according to IGLA.

The IGLA believes that it will emit harmful chemicals and strip our islands of rich organic material that the soil and plants need to flourish.

Island Green has introduced a petition to convince Governor Mapp to stand by his original decision NOT to incinerate:https://www.change.org/p/governor-kenneth-mapp-ban-the-burning-of-us-virgin-islands-natural-resources

The organization urges residents and others interested in the health and environmental well-being of the USVI to sign this petition. In addition, residents can call and write the governor (340) 774-0001 and members of the USVI Legislature (Senator Myron D. Jackson:mjackson@legvi.org).

At a town hall meeting hosted by Senate President Myron D. Jackson at the Legislature building on St. John, Army Corp of Engineers confirmed their intention to burn. Currently, FEMA plans to burn the wood at Coral Bay on St. John, St Thomas (TBD) and Body Slob on St. Croix.

The past practice of FEMA and the Army Corp of Engineers in situations like this is air-curtain incineration and they have proposed it in the USVI as well.

Air-curtain incinerators are basically large metal containers with fans on the bottom to accelerate the combustion process. There are no pollution controls and particulate matter and other air pollutants are often emitted on hot and humid days – which is common in the USVI.

Meanwhile, the Federal Emergency Management Agency (FEMA) advises homeowners who are cleaning up and removing household debris after the Hurricane Irma disaster to heed instructions from their territorial waste management authority.

The Virgin Islands Waste Management Authority (VIWMA) requested the community’s support in sorting waste that is being placed on the side of the roads. According to VIWMA, waste must be separated by green waste (trees, branches, grass and cuttings), construction and debris materials, and metals. Electronic waste such as computers, televisions and radios should not be disposed of, said VIWMA.

VIWMA also advised residents on St. Thomas that the recently closed Cancryn Bin Site is now open for the disposal of household waste only.

As a result of the major disaster declaration for the U.S. Virgin Islands, FEMA will provide supplemental funding to VIWMA for costs to remove eligible household debris that is moved to public rights of way, but residents should follow VIWMA’s guidance.

“Removing a substantial amount of household debris helps eliminate a safety and health hazard for residents,” said FEMA Federal Coordinating Officer William Vogel. “We are committed to doing what we can to help survivors recover and get back to normal as soon as possible.”

IGLA said that before burning can proceed, permits need to be secured from the Department of Planning and Natural Resources (DPNR). During Superstorm Sandy, EPA Region 2 conducted air monitoring, which must also be performed in the USVI.

After Sandy, the burning happened on federal land in Brooklyn, NY with the nearest home .08 miles away. The Army Corp of Engineers planned to burn for four months but stopped after one month.

“It is absolutely critical that vegetative material from the hurricanes be kept on the islands and composted. Composting experts from the USVI and stateside have worked together to develop a chipping/composting/mulching plan that will ensure the debris management process is done safely and efficiently, resulting in organic mulch that can be made available to local residents, farms, schools and businesses for free,” IGLA said. “This is a process that nature has perfected over millions of years and one that has been successful in many locations, and at large scales, including in subtropical/tropical areas like the islands, and with other disasters (like Superstorm Sandy).”

“The USVI is a sensitive tropical ecosystem with high temperatures and high humidity. Many residents of the USVI have asthma and other respiratory and cardiac diseases that are made worse by air pollution,” IGLA said. “The operation of diesel generators and exposure to indoor mold caused by the storms are already aggravating existing respiratory diseases. It is an understatement to say that the air quality would be severely impacted if burning were allowed to happen – a severe detriment to our health and to our number one industry – tourism. The residents, tourists and visitors of our American paradise deserve clean air and a healthy ecosystem. ”

Island Green Living Association (Island Green) is a registered 501 C 3, not for profit organization dedicated to sustainability throughout the USVI. www.islandgreenliving.org 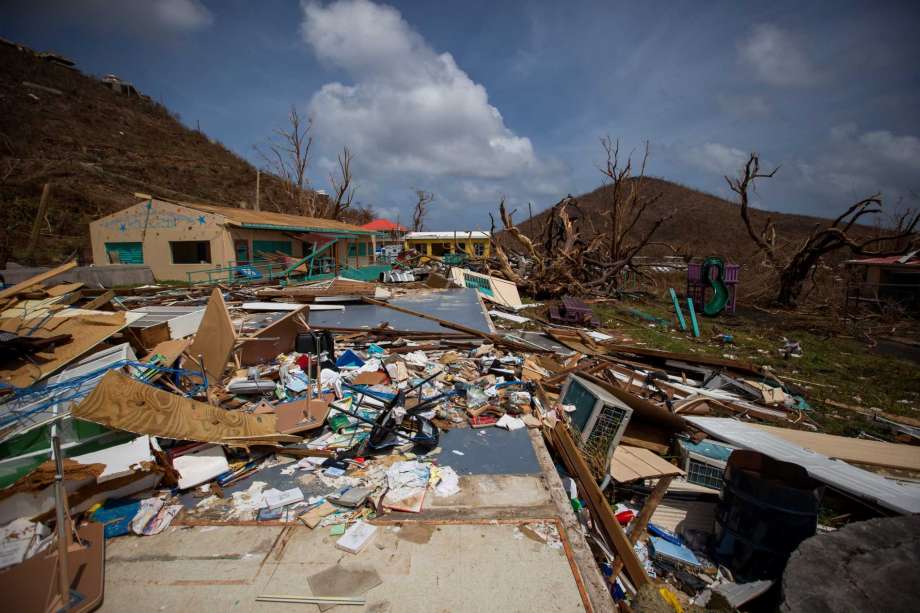