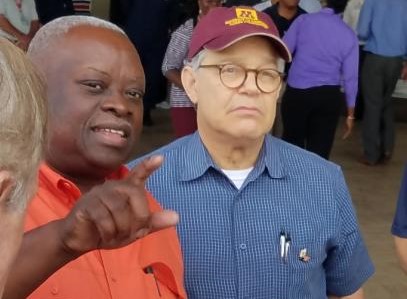 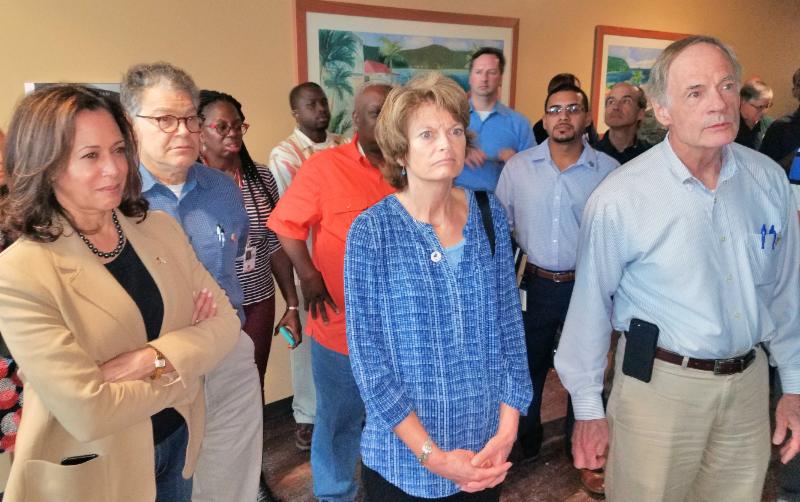 The visit came ahead of the governor’s planned testimony before the U.S. Senate and House Energy and Natural Resources Committees next week.

The cost for complete recovery of the Virgin Islands has been estimated at $5.5 billion.

Most of the island remains without power and running water and communications remains poor even though the curfew island wide has been lifted.

Mapp insisted that the tours are necessary to build support for the money the territory is asking Congress for.

“It is so critical that Congress sees firsthand the challenges we face in rebuilding our infrastructure,” Mapp said. “I am truly grateful to the United States Senators for making this visit and believe they left with a more complete understanding of our needs.”

The governor will testify next week before Senate and House committees, including the Energy and Natural Resources Committee, of which Senator Murkowski is Chair, regarding additional funding to rebuild the U.S. Virgin Islands. The cost for complete recovery has been estimated at $5.5 billion.

While viewing storm-damaged portions of the island, Mapp fielded questions about the territory’s recovery, and claimed he had a vision for building a better, more resilient U.S. Virgin Islands in the wake of September’s back-to-back hurricanes.