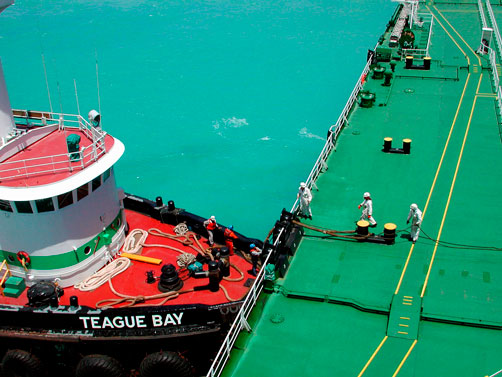 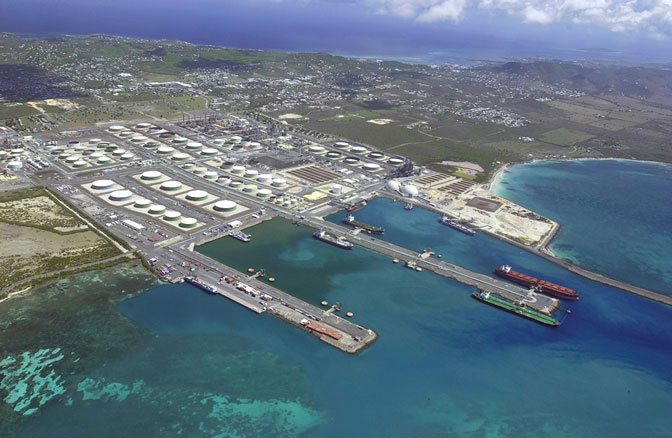 Mapp cited a Bloomberg Politics report that stated that “representatives from about 40 companies are expected to accompany President Donald Trump on the first presidential trade mission to China Nov. 8-10 and sign deals for billions of dollars in U.S. investments.”

“One of the biggest deals the Trump administration is currently negotiating is a multibillion-dollar energy investment from Chinese oil and gas giant China Petroleum & Chemical Corp. that would bring thousands of new jobs to hurricane-ravaged areas in Texas and the U.S. Virgin Islands,” the report said. “Many of the deals, including the China Petroleum investment, are expected be in the form of nonbinding memorandums of understanding, not contracts.”

One of the biggest deals up for discussion is an investment of around $7 billion by an alliance including China Petroleum & Chemical Corporation, or Sinopec, for an oil pipeline in Texas and an expansion of an oil storage facility in St. Croix, Bloomberg reports, quoting a person familiar with the proposal.

The deal is likely to be in the form of a non-binding memorandum of understanding, not a definitive contract. According to insiders, the investment will still need a final go-ahead by both the U.S. administration and China.

Sinopec, in partnership with ArcLight Capital Partners — a Boston-based private equity firm focused on energy infrastructure assets — and with Connecticut-based Freepoint Commodities, is expected to propose a project for building a 700-mile-long pipeline from the Permian to the Gulf Coast and a storage facility at the Coast, according to Bloomberg’s source. Sinopec also wants to expand an oil storage facility here.

LB Terminals — the company managed by ArcLight and Freepoint Commodities — wants to invest significant resources to revitalize the St. Croix facility as a multi-purpose energy center, with an initial focus on crude oil and refined petroleum product storage. LB Terminals has already executed a 10-year lease agreement for 10 million barrels of storage capacity with Sinopec, the partners said in January 2016.

The potential Sinopec investment in U.S. energy assets and creation of jobs in hurricane-hit areas will not be President Trump’s only mission on his Chinese visit.

“This multi-sector mission will promote U.S. exports to China by supporting U.S. companies in launching or increasing their business in the marketplace, as well as address trade policy issues with high-level Chinese officials,” the Department of Commerce said, adding that due to the high interest and the significant number of applications received, it decided to accept more than 25 U.S. firms or trade associations as delegation participants.