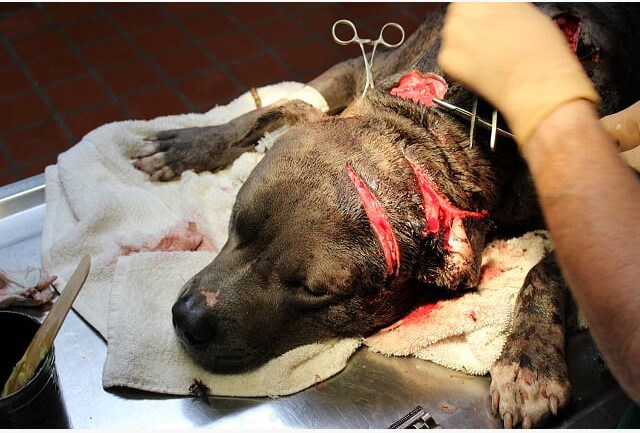 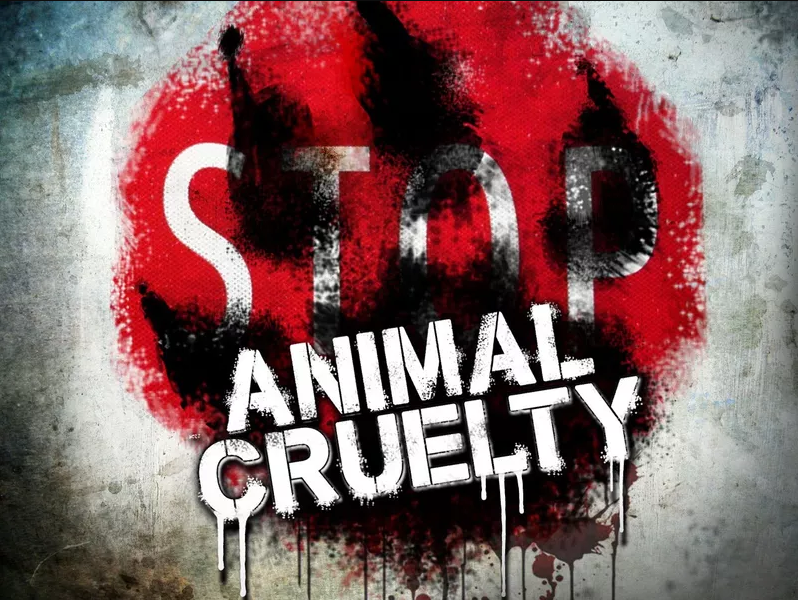 CHRISTIANSTED — Police want to know who hacked a pit bull with a machete so severely that it sent the dog to a veterinarian, badly injured but still alive.

According to a news release issued Wednesday by the Virgin Islands Police Department (VIPD), the animal cruelty investigator was dispatched at 1 p.m. Friday to the Frederiksted Animal Clinic.

The investigator was told at the clinic that the pit bull had been brought in by its owner after he found the dog had been slashed with a machete.

Based on preliminary investigation, the dog’s owner – who resides in the Estate Strawberry Hill area – said that on the previous day he returned from work at around 6:30 p.m. and noticed that one of his dogs was missing and that the collar was still attached to the chain where it had tied been tied up.

The owner searched for his dog around the residential neighborhood but did said that he not find it.

The dog’s owner gave up the search went home, where he discovered that his dog had returned with severe cuts on its body. The man immediately took the dog to the Frederiksted Animal Clinic.

A veterinary technician said that the injuries the dog sustained were not from a dog fight but from a large blade or machete. The dog had at least 12 lacerations to the neck, head and back area, according to the technician.

It is believed that the dog, a Blue Nose Pit Bull, was badly beaten Friday morning in the Estate Strawberry Hill and Sunny Acres area.

The case is classified as an first-degree animal abuse by the VIPD.