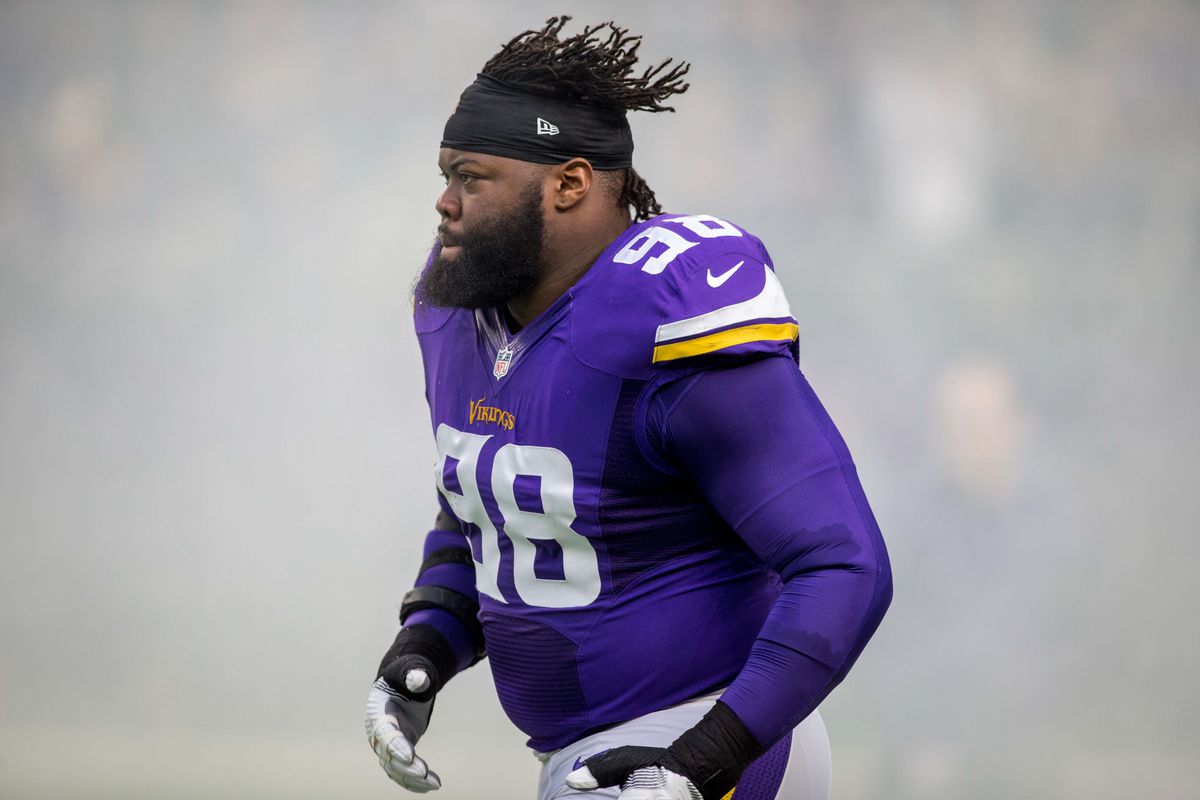 But it might not really matter that the Eagles won the NFC conference championship.

Because as fans learned Sunday, the triumphant Eagles will just have to go up against the seemingly invincible Tom Brady and the New England Patriots, who beat the Jacksonville Jaguars earlier in the day.

As a high school kid Joseph said he was part of the “5 O’Clock Crew” in his Gainesville, Fla., gym. It consisted of four guys who could bench press 500 or more pounds. Linval Joseph could slickly snatch it, pump it — a boy with old-school strength among men.

“One guy was a city worker, another worked at the school, and there was another guy who was a post office worker,” Joseph recalled. “They showed me the technique. I already had the strength.”

He’s still got it: the brawn, the clout, as nose tackle and anchor of the Minnesota Vikings No. 1 ranked defense. This is clear in the NFC Championship game on Sunday in Philadelphia –- the Eagles are game-planning ways to deal with Joseph and this raging Vikings defense. The Eagles will quickly learn that if Joseph, aligned over center, the nerve center of the defense, is not restricted, things will disintegrate. Their offense will crumble.

Joseph is part of a wave of new-era nose tackles — mammoth players no longer expected to just sit inside and occupy and sustain the middle while others around them make tackles and sacks. Far beyond a stop-gap, Joseph, who has benched as much as 550 pounds as an NFL pro, has become an anomaly: a big man who can run, a stout guy who is nimble, a 6’4, 328-pound prancer in cleats.

Think Vince Wilfork, and Jim Burt, and Casey Hampton, and Joe Klecko, and Fred Smerles — all dynamic NFL nose tackles from seasons past.

And then watch the way Joseph spins it.

“I’m trying to make it a new position,” Joseph said. “It used to be the nose tackle got 20 to 40 tackles a year and maybe a sack in there somewhere. He kind of got left out because he was plugging things up in the middle for everyone else to make the plays. But I think people are noticing now that my tackles in my four years here in Minnesota (47, 56, 77 and then this season 68 tackles along with 3.5 sacks) have been ticking upward. I have the opportunity to do more here. Not just sit and wait in the middle but rush and roam and see ball, get ball.”

Yet he still created a ruckus on each, collapsing the pocket and hurrying quarterback Drew Brees.

Joseph, 29, is in his eighth NFL season, and he has marinated into a polished pro. His first four were with the Giants, where he won a Super Bowl ring in 2012 in his second season. The Vikings swiped him in free agency in 2014 with head coach Mike Zimmer yearning for Joseph’s leadership in the locker room, for his championship flavor to rub off on the rest, and for him to negate the run in the middle.

With the Vikings now a victory from the Super Bowl, Joseph was up to it all and much more.

“He doesn’t always get a lot of credit, but it is impossible to list everything Linval brings to this defense and to this team — it’s a lot,” Vikings linebacker Eric Kendricks said. “His whole attitude and approach to the game is infectious. Pound for pound, and I really mean this, I think he is the best player in the National Football League.”

A Giants scout described Joseph as “a big kid, explosive, full of life, a positive kid.” After four years, after seeing him rise, the Giants wondered about his ceiling.

“You see some ‘wow’ moments from young players, but you always have to decide if there is going to be a level of consistency,” the scout said. “We knew it was possible with Linval, but to be honest, he’s taken things to another level far beyond projection.”

Joseph countered: “Plain and simple, they decided to pay JPP (defensive end Jason Pierre-Paul) and that meant me and some others had to be let go. The Vikings saw the consistency. The Vikings said, ‘We can trust that guy.’ I know a lot of players have left New York and fell off and were disappointments. I wasn’t going to be that guy. I was going to be the guy I could have been in New York. I wasn’t going to fall off. I hate to lose. I don’t like being weak. Sometimes you don’t know what you have until you lose it.”

The Vikings know. In just four seasons, they have signed him to two major contracts, the latest an extension entering this season that totaled $50 million with $31.5 million guaranteed.

“The young guys, they ask me, you’re 29, you got paid twice, you got a ring, why do you still do it? I want to be in the hunt. I want to see others succeed. I tell them, help me help you. This is the first season I feel like we have a locker room that has bought totally in, one that is willing to sacrifice for the team. And look where we are. It shows.”

Joseph learned to take his strength and translate it into success on the field. He said he has encountered many players nearly as strong as he is who “fall to the ground when you touch them.” He thinks mistakes will decide the NFC Championship game — which team makes the fewest.

That puts him once again in the center of it.

“I want our coaches, our players to feel this,” Joseph said of the championship game. “I don’t think we’re focusing on the miracle game against the Saints; we’ve been focusing on what it felt like before those final 10 seconds, when we were staring at a lost season and a lost chance. We don’t want that for this game.

“We are all playing this game to be a part of history. To be the first team to play the Super Bowl in your home stadium is something I would share with my kids and grandkids and be a part of the rest of my life. Minnesota Vikings football has so much history, legends like the Purple People Eaters. Why not have our own legacy? We want to be a part of that book.”