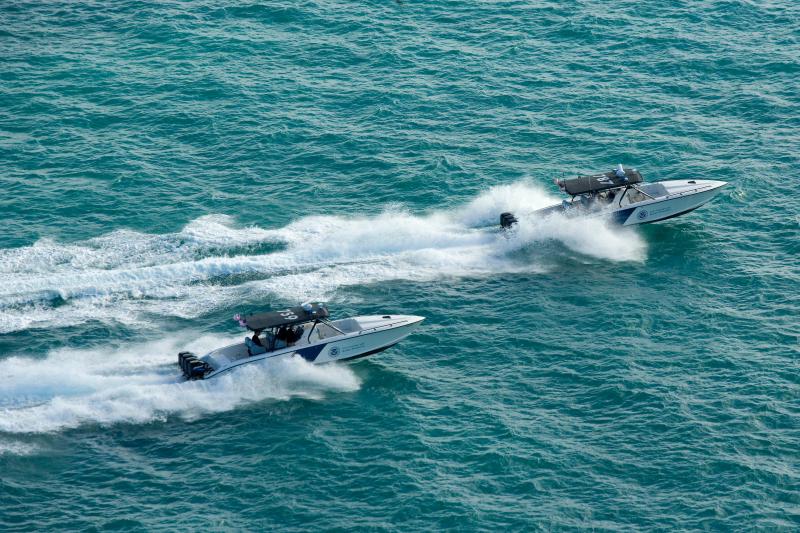 “AMO crews remain vigilant of any attempts to smuggle narcotics through various maritime routes and work with our partners to deter them,” said Johnny Morales, Director of Air Operations.

On Jan. 27, a CBP St. Thomas Marine Unit intercepted a vessel after it had left Crown Bay Marina in the United States Virgin Islands (USVI).  The vessel navigated towards Puerto Rico.

Due to the rough sea conditions, the crew escorted the vessel back to the Crown Bay cruise ship dock in the USVI where a CBP K9 inspected the vessel. During a subsequent inspection of the vessel, agents discovered a hidden compartment inside the vessel. Inside this hidden compartment, agents recovered approximately 55 brick shaped objects, which later tested positive for the characteristics of cocaine.

On Jan. 28, the FBI with the help of the United States Attorney’s Office in the District of the Virgin Islands obtained a search warrant for the vessel. During a thorough search of the vessel, St. Thomas Marine Unit agents found an additional 56 brick shaped objects, which later tested positive for the characteristics of cocaine.  The kilograms of cocaine were located in a hidden compartment under the carpet holding a bolted down table in the bow of the vessel.

A total of 111 bricks of cocaine were seized from the defendants, weighing 292 pounds (132 kilos). The estimated wholesale value of the narcotics is at least $5 million.

The CCSF is an initiative of the U.S. Attorney’s Office created to disrupt and dismantle major drug trafficking organizations operating in the Caribbean. CCSF is part of the Organized Crime Drug Enforcement Task Force (OCDETF), which investigates South American-based drug trafficking organizations responsible for the movement of multi-kilogram quantities of narcotics using the Caribbean as a transshipment point for further distribution to the United States. The initiative is composed of DEA, HSI, FBI, US Coast Guard, US Attorney’s Office for the District of Puerto Rico, and PRPD’s Joint Forces for Rapid Action.

If convicted the defendants face a minimum sentence of 10 years, and up to life in prison.

Indictments contain only charges and are not in and of themselves evidence of guilt.

All defendants are presumed to be innocent until and unless proven guilty.